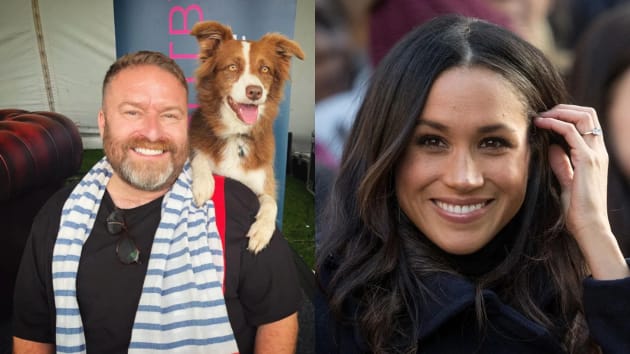 These are sad times for the Duchess of Sussex, and for once, Meghan Markle’s grief has nothing to do with the abuse she endures at the hands of the British tabloids or her own exploitative family.


Meghan might have made a few enemies over the course of her meteoric rise, or during her fairy tale romance with Prince Harry, but she’s made far more friends.


And this week, the Duchess is publicly mourning the loss of one of her closest allies in her lifelong fight for animal rights.


Renowned activist Oli Juste passed away in January at the age of 45.


On Wednesday, Meghan posted a lengthy article about her late friend on the website for the animal rights organization Mayhew, where they worked together at one time.


When Meghan was choosing royal patronages shortly after she married Harry, Oli recommended that she get involved with Mayhew — and it seems that the decision forever changed her life for the better.


“It has left me, and so many others, heartbroken and reflective—knowing that the legacy he leaves for our furry friends is beautifully simple: just love them.”


From there, Meghan recalled the moment when Oli suggested that she consider making the Mayhew organization the focus of one of her many patronages.


“He knew that beyond their adoption and rescue programs, their international work to keep animals safe, and their local work to find abandoned pets homes, that I would be drawn to their deep love of community, which transcended the animals themselves, and extended to the people around them,” she wrote.


Meghan’s relationship with Oli was much more than just a professional one, however.


She noted in her writing that it was through Juste that she found her beloved rescue dog, whom she named Guy.


“In fact, it was Oli and his fiancé Rob who helped care for my rescue dog, Guy, when I had just moved to the UK and he was recovering from a debilitating accident,” Meghan recalled.


“They loved him as though he was their own.”


Meghan concluded her message with a promise that Oli’s legacy will live on at Mayhew, the organization he loved so much:


“In his memory, we will be creating the Oli Juste wing at Mayhew, to shelter the animals who may have a harder time finding their forever homes,” she said.


“Because much like Oli, they will never be forgotten, and they will always be loved.”


In recent months, we’ve seen quite a few disparaging headlines about Meghan, many of them having to do with her alleged insensitivity.


When the Sussexes chose not to attend Prince Philip’s memorial service out of fear for their personal safety, several members of the British press accused the couple of being callous or self-centered.


And sadly, the attacks against Meghan’s character are likely to continue.


But those who know the Duchess best describe her as a deeply compassionate soul, almost caring to a fault.


And while she certainly didn’t write this tribute for her friend out of concern for her own public image, it serves as an important reminder that the real Meghan is not the one that’s depicted in such a brutal light in the tabloids.