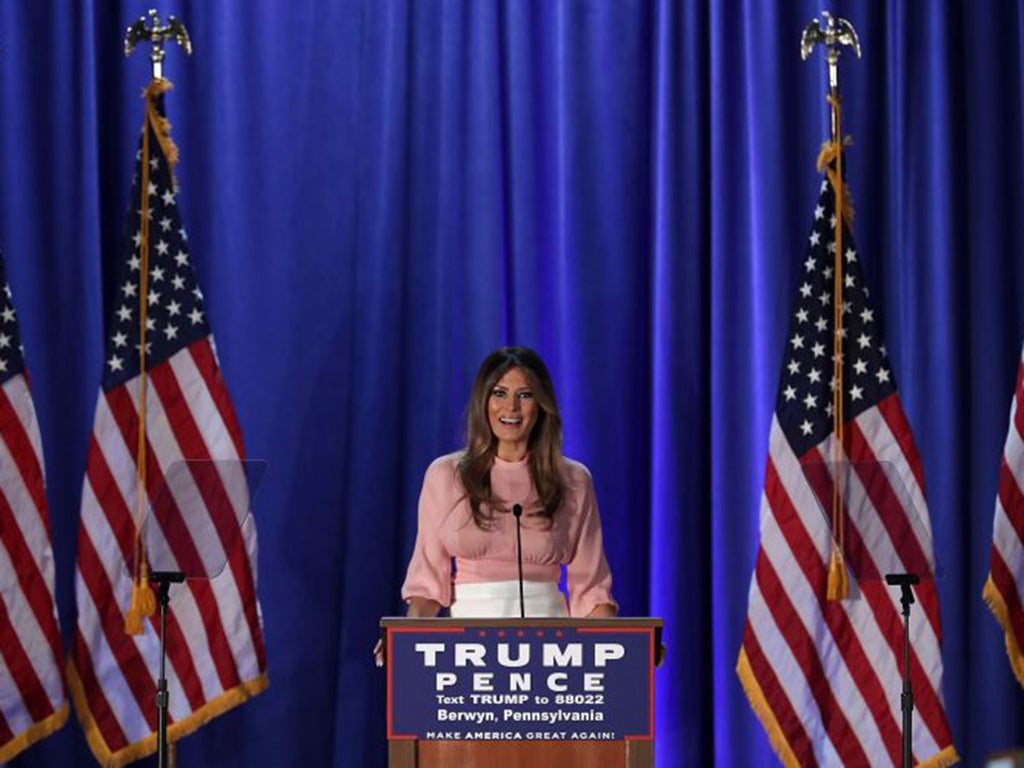 Former First Lady Melania Trump has said she is not keen on returning to the White House, amidst speculation about Donald Trump’s rerun for office.

The model-turned-businesswoman has told her friends that she has no interest in returning to the White House and “going through being the first lady again”, CNN reported, quoting anonymous sources.

Since the Republican leader’s unceremonious exit from power in 2020, Ms Trump has kept a low profile. She was last spotted in July with her son, leaving the Trump tower in New York City.

“Being the first lady again is not what she wants. For her, it was a chapter and it’s over,” a person close to her during the White House tenure told CNN.

Despite not making a formal announcement, Mr Trump has kept the door open for his presidential run in 2024 through crowdfunding and rallies. Mr Trump’s team had over $100 million in hand, with over $82 million raised in the last six months.

Mr Trump is likely to hold rallies in Iowa and Georgia, in a bid to retain his position as the most potential Republican candidate for the upcoming elections. According to the FEC filing, his ‘Save America’ fundraising committee has spent over $700,000 on events in the first half of 2021.

The former president’s onetime press secretary Sean Spicer said Mr Trump would run for the presidency again. “He’s in”, Mr Spicer said adding “a couple of months ago, I wasn’t sure. Now, there needs to be something that will keep him out”.

However, Ms Trump has avoided being present in the event and rallies. “You’re not going to see her at rallies or campaign events, even if he ‘officially’ says he’s running again,” another person aware of her disinterest in supporting the former president’s rerun, told CNN.

“Instead it’s going to be Lara, the wife of Mr Trump’s son, Eric or Kimberly Guilfoyle, the girlfriend of Trump’s eldest son Don. They have that same urge Mr Trump has to run, Melania absolutely does not,” the person added.

Earlier, speculations were rife about marital discord between the couple. She was allegedly waiting for Mr Trump’s tenure to be over in order to separate from him. However, that has not happened so far.

Selling an investment property? Follow these steps to minimise your tax bill

Is My Property Manager Skimming Off the Top?