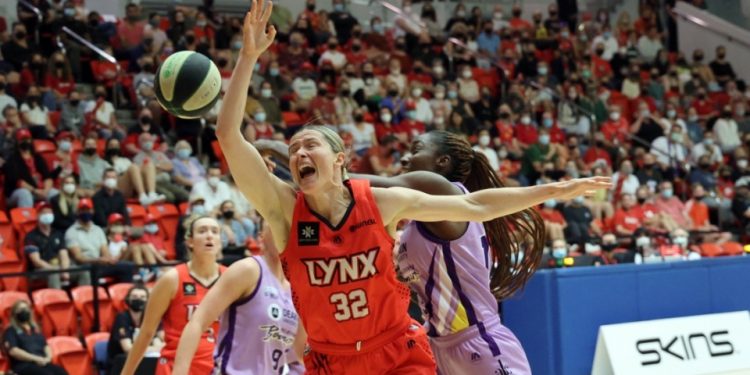 Lindsay Allen has inspired Melbourne Boomers to force the WNBL grand final series into a third game decider on their home court after a thrilling one-point 76-75 away win over Perth Lynx.

Spanked by 27 points on Saturday, Melbourne trailed by six in the first quarter in Wednesday’s second match but guard Allen (29 points) and captain Cayla George (22 and 12 rebounds) were massive for the visiting team.

Trailing by three, Perth had a chance at the death to send the game into overtime, with Marina Mabrey fouled on a three-point shot with 0.2 seconds left.

Mabrey, who scored 13 of her game-high 30 points in the final quarter, including a three-pointer with nine seconds left, made the first two free throws but missed the crucial third.

The series concludes in Melbourne on Saturday when the Boomers will attempt to win their first title in 10 years and Perth will get a second crack at landing its first since 1992.

Allen hit three long bombs in the first quarter and had 19 against her name by the half.

Great game of @WNBL. That sort of game is exactly what the league should be promoting.

George, who struggled in game one, scoring just seven, made three big plays in the final minute.

She hit a clutch three with 43 seconds left to give Melbourne a four-point lead, then forced a turnover by drawing a foul and then hit two pressure free throws with seven seconds left.

Perth was up by three at quarter-time and trailed by the same margin at the end of the next two quarters.

The game featured 13 lead changes and Melbourne improved in a number of areas after being jumped in the first half of Saturday’s game.

They won the rebound count, took more free throws than in game one and George and Allen each hit four long bombs.

Most notably, their defensive intensity lifted.

“It had to be better than game one, didn’t it? That was not ideal,” George told Fox Sports.

“I think we did a great job of rectifying that.”

Allen hit a three on the half-time buzzer to give Melbourne a 42-39 lead and the Boomers scored the first four points of the third quarter.

Perth regained the lead with a Mabrey three climaxing a 8-0 run, but Melbourne held a slight advantage for most of a tense and tight second half.

The Boomers were up by a much as nine in the third quarter before two threes from Perth captain Darcee Garbin closed the gap.

Perth import Jackie Young had a poor shooting night, making just five of 20 from the field and finished with 12 points.

Lynx’s Alex Sharp came off the bench to take a match-high 12 rebounds in under 19 minutes of court time.