Melissa Doyle returning to Seven to host This Is Your Life 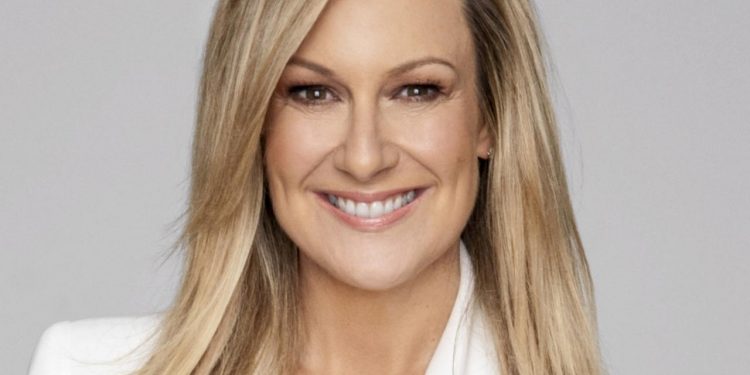 Veteran TV reporter Melissa Doyle is returning to Channel 7 after being let go from the network amid pandemic budget cuts in 2020.

After being axed in 2020 amid Covid-19 budget cuts, former Sunrise host Melissa Doyle has surprised fans with news she’s returning to Channel 7 as the new host of an iconic show.

Heading back to her former network of 25 years, the veteran reporter has been named host of the revival of This Is Your Life.

It comes after Doyle’s brief stint at rival network Channel 9 earlier this year, during which she presented docuseries Australia Behind Bars.

“I am honoured to continue the legacy of such an iconic program as This Is Your Life,” Doyle said in a statement, The Daily Telegraph reports.

“I can’t wait to present the Big Red Book to some of our most loved Australians and together celebrate their remarkable lives and the people and moments which mean so much to them – and to all of us.”

This Is Your Life — which tells the story of the life of a prominent figure each episode — was adapted from an American format that was first presented on radio in 1948. It was brought to Australian screens in 1975 with Mike Willesee as host.

The program lasted just four episodes back in 2011 with Eddie McGuire as host on Channel 9, but Seven bosses are confident the revamped format will see success.

“This Is Your Life was an iconic and incredibly successful show for many years,” Seven chief content officer Angus Ross said, as reported by The Daily Telegraph.

“We can’t wait to bring the format into 2022 and to welcome Mel Doyle back to Seven as its host. Mel is one of the best in the business. Intelligent, warm and engaging, she is the perfect person to present This Is Your Life and to celebrate the careers and achievements of some extraordinary Australians.”

The 52-year-old host of smoothfm Weekend Mornings first joined Seven in 1995. She was let go in August 2020 after hosting a number of popular news programs including Sunday Night, 7 News and Today Tonight.

Doyle memorably hosted Sunrise alongside David Koch for 11 years until 2013.

Sharing the news on Twitter at the time, Dole said she was leaving with a “great deal of pride, satisfaction and gratitude”.

While Doyle’s departure from the network came as a shock to fans, the media personality told Stellar magazine she saw it coming.

“I wouldn’t say it came as a total shock, I just felt really sad,” the mother-of-two told the magazine.

“I let myself have one day when I wallowed on the couch and had a gin and tonic a little earlier than I should have.”

Reflecting on her former job, Doyle went on to tell postcast And We’re Rolling with Stephanie Hunt last June that she wished she’d “said no” to a few things, particularly while her children were young and she was co-hosting Sunrise.

“It was bloody hard,” Doyle said.

“I won’t lie and maybe that’s why I do want to check in with others because I wish I’d probably had a bit more.

“Kochie (David Koch) was fantastic. We were doing Sunrise together and he was a dad-of-four and was very aware to a degree of some of the things I was going through.

“I started at Sunrise when Nick was six-months-old, I had just finished maternity leave. And then I had Talia while I was doing the program. I only took a few weeks off to have her and then I came back and we had to go on the road every Friday for the first month of me coming back.

“Our wonderful boss at the time thought that it would be great to take the show around the country. And you know, I’ve got a three week old baby at home and I was still breastfeeding and everything still hurts, and everything was still leaking.

It was just, it was really, really hard.”