Men with higher blood pressure at night ‘1.6 times more likely to be diagnosed with dementia’

Men who have higher blood pressure at night than during the day are 1.6 times more likely to be diagnosed with dementia, a new study claims.

Researchers tracked a sample of Swedish men in their seventies with higher blood pressure at night than during the day – a condition called as ‘reverse dipping’.

They were compared with men of the same age with higher blood pressure during the day than at night, which is considered normal.

After tracking both sets of men for dementia symptoms, they found reverse dipping mainly increased the risk of Alzheimer’s disease, the most common form of dementia, as well as dementia as a whole.

While the reason for this remains unclear, the researchers suggest that high blood pressure at night may inhibit the brain’s ability to clear waste products. 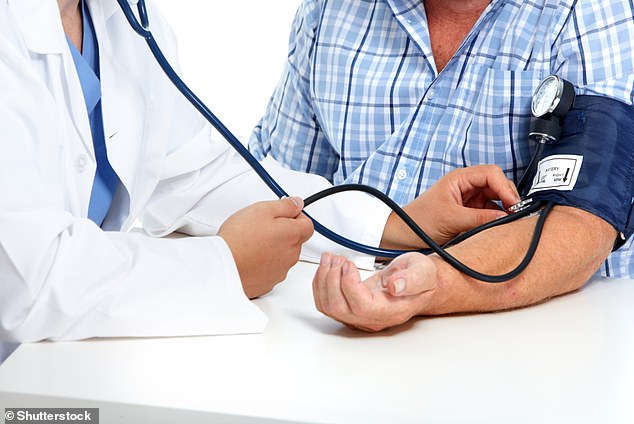 A person’s blood pressure usually goes down at night. This phenomenon is known as dipping.

But for some people, particularly those with high blood pressure, night–time blood pressure can stay the same or even increase – known as reverse dipping.

High blood pressure, particularly in midlife, is a strong risk factor for dementia.

Around 50 million people around the world live with Alzheimer’s disease – which accounts for between 50 per cent and 70 per cent of dementia cases.

The experts, from Uppsala University in Sweden, believe higher blood pressure at night than in daytime could increase Alzheimer’s disease risk.

‘We found that reverse systolic blood pressure dipping was associated with a higher risk of being diagnosed with any dementia and Alzheimer’s disease,’ say the team in their paper, which has been published in the journal Hypertension.

‘Our findings suggest that reverse systolic blood pressure dipping may represent an independent risk factor for dementia and Alzheimer’s disease in older men.’

‘Dementia’ is an umbrella term used to describe a category of symptoms marked by behavioural changes and gradually declining cognitive and social abilities.

Under healthy conditions, blood pressure varies over 24 hours and reaches its lowest values at night.

Blood pressure follows a circadian rhythm, with 10 per cent to 15 per cent lower values during nighttime than during daytime. Doctors call this nocturnal blood pressure fall ‘dipping’. 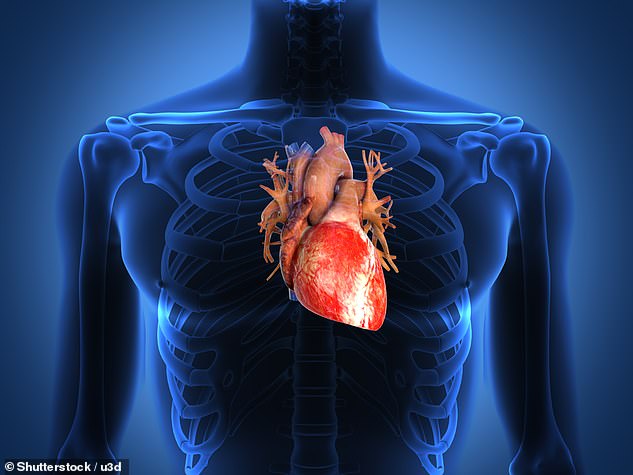 High blood pressure, known as hypertension, is a strong risk factor for dementia, particularly in midlife

HOW IS BLOOD PRESSURE MEASURED?

A millimetre of mercury is a unit used to measure blood pressure and other pressures.

Millimetre of mercury, or mmHg, is a unit of pressure equal to the pressure exerted by a column of mercury 1 millimetre high at 0°C and under the acceleration of gravity.

A healthy diastolic blood pressure in children is around 50-80 mmHg.

‘For example, in animals, it has previously been shown that the brain clears out waste products during sleep, and that this clearance is compromised by abnormal blood pressure patterns.

‘Since the night also represents a critical time window for human brain health, we examined whether too high blood pressure at night, as seen in reverse dipping, is associated with a higher dementia risk in older men.’

To test this hypothesis, researchers used observational data from Swedish older men, who had blood pressure dipping patterns measured at the age of 70 and then again at the age of 77.

‘Seven years later, blood pressure was again measured; however, this time only in 611 men.’

‘In other words, we could check whether some of the people that had no elevated nocturnal blood pressure at age 70 may do so at age 77,’ said Professor Benedict.

Follow-up continued until the participants were around 95 years old.

The risk of getting a dementia diagnosis was 1.64 times higher among men with reverse dipping compared to those with normal dipping, the team found, and 1.67 times higher for Alzheimer’s disease.

However, the pattern was not seen in men with vascular dementia – caused by conditions that block or reduce blood flow to various regions of the brain.

According to the researchers, follow-up studies should investigate whether the intake of blood pressure-lowering drugs – called antihypertensives – at night can reduce older men’s risk of developing Alzheimer’s.

As the team’s cohort consisted only of older Swedish men, the results also need to be replicated in older women and people from other nations.

Last year, research from the US found that people with high blood pressure that gets even higher at night are at increased risk of vascular disease and memory loss.

The size of small lesions in brain tissue, known as white matter hyperintensities, was linked to the effect of dipping status and hypertension on performance in memory tests.

‘Although the phenomenon of reverse dipping during the night is an accepted measure of cardiovascular risk, the affect that reverse dipping has on dementia risk is a relatively understudied area of research.’

‘As well as maintaining a healthy blood pressure, the best evidence suggests that not smoking, only drinking in moderation, staying mentally and physically active, eating a balanced diet, and keeping cholesterol levels in check can all help to keep our brains healthy as we age.’

Previous research suggests mid-life could be ‘the crucial time’ to tackle risk factors like high blood-pressure and lower the risk of dementia, Dr Imarisio said.

Researchers looked at PET scans (positron emission tomography) from more than 18,000 elderly people in the US who had dementia or mild cognitive impairments.

They then plotted their postcodes and determined air pollution levels in each neighbourhood based on Environmental Protection Agency data, which measures ground level ozone and pollution particles in the air with a diameter less than 2.5 micrometres, known as PM2.5.

PET scans from elderly people living in the most polluted areas were 10 per cent more likely to show amyloid plaques – hard proteins which clump together between nerve cells, the researchers found.

While not all kinds of dementia are associated with these plaques, they are a hallmark of Alzheimer’s disease.

First author Dr Leonardo Iaccarino said: ‘Exposure in our daily lives to PM2.5, even at levels that would be considered normal, could contribute to induce a chronic inflammatory response.

‘Over time, this could impact brain health in a number of ways, including contributing to an accumulation of amyloid plaques.’

The more pollutants in the air, the more likely people were to have a scan with amyloid plaques, the researchers found.