Met Gala 2022: politics rises to the surface on fashion’s biggest night – The Guardian 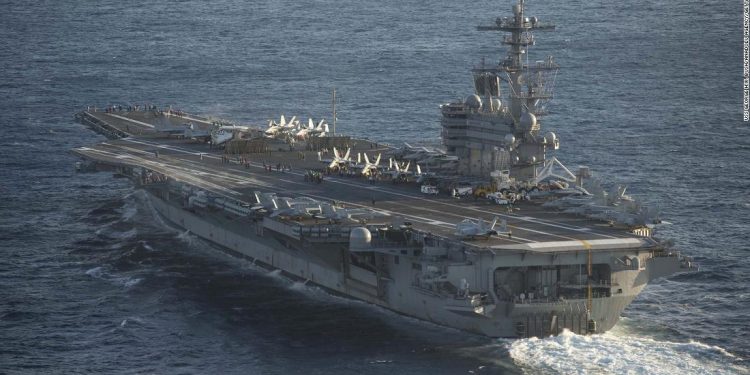 Politics – personal, contemporary and historic – were close to the surface on New York’s Upper East Side on Monday night as 600 guests, invited to celebrate America’s Gilded Age at the Met Gala, offered their own interpretation of style and the multitude of meanings dress carries, then as now.

The singer Alicia Keys wore a cape celebrating New York union history. New York’s mayor, Eric Adams, who had said he’d been “dying to go” to the fundraiser “for years”, arrived on the red carpet wearing a jacket with decorative forearms and lapels that paid homage to the city’s transit system. The back of his coat read “End Gun Violence” in red lettering.

The former secretary of state Hillary Clinton came in a dress inspired by friendship quilts inscribed with the names, she explained, of “gutsy women” of the 19th and 20th century liberation movements.

But the celebration of women’s progress toward equal rights came as news surfaced that the US supreme court had provisionally voted to overturn Roe v Wade, the landmark ruling that legalised abortion nationwide in America, according to a draft opinion reported on by Politico.

Politics at the event returned again when Kim Kardashian appeared on the red carpet in the iconic dress Marilyn Monroe wore to coo Happy Birthday to President Kennedy in 1962.

Hamish Bowles, the World of Interiors editor, sporting a raffish matinee idol moustache and gold tiara, said: “Tonight our hearts are with the people of Ukraine and the victims of war and displacement around the world.” The publisher, the major sponsor of the event, had made a donation to the Red Cross and encouraged “those who can to do so as well”.

Dame Anna Wintour’s “In America: An Anthology of Fashion”-themed ball kicked off at the Metropolitan Museum of Art with Priscilla Presley on hand to pitch Baz Luhrmann’s upcoming Elvis movie, Anderson .Paak in “Gucci from head to toe” and Ashton Sanders offering up “Blade, vampire tip”.

Riz Ahmed, in a T-shirt and worker’s shirt, said he was “trying elevate and celebrate working-class immigrants”. Amy Schumer said “when Gabriella Hearst offers to dress you put your Spanx on right over your c-section scar.” Janelle Monáe promoted her sc-fi book. Blake Lively came as the Statue of Liberty.

The Met Gala is a commercial proposition, light years away from its creation, in 1946, by the publicist Eleanor Lambert, who is credited with bringing European fashion to America.

The influential trade publication the Business of Fashion said this year’s event might be the “most important Met Gala” of Wintour’s career. After two years of interruption – one cancelled by Covid-19; another under-attended due to international travel bans and vaccine requirements – Monday’s gala was reported to have returned to full strength.

With tables costing $200,000 to $300,000, last year’s event in September raised $16.4m for the Costume Institute. But it’s also a money-maker for Vogue. According to Amy Odell’s newly published biography on Wintour, now Condé Nast’s global chief content officer, it is the publisher’s pitch to sell advertising. This year it is also a pitch to sell online subscriptions to Vogue.com and corral visitors to the Met museum.

“At the end of the day, this is an extremely important fundraiser,” Anna-Lisa Yabsley, Condé Nast head of digital strategy, told BoF. “Everything we do content-wise is about raising awareness and getting people through the door.”

According to the tracking firm Launchmetrics, the night generates $543m in media impact value, or the effect of placements and mentions – compared with the Super Bowl’s $520m. According to BoF, the more Vogue can market the Met Gala as the Super Bowl of fashion, the more it will be able to charge.

The films celebrate overlooked figures in early American fashion, especially female designers, and especially those of color. The Costume Institute’s head curator, Andrew Bolton, said when announcing the show, they “have been forgotten, overlooked, or relegated to a footnote in the annals of fashion history”.

The Met Ball itself, fashion activists have said, has long been an opportunity for greater inclusivity than the structure of the publisher, or its pages, had embraced until racial protests in 2020.

In her remarks, Biden said: “style helps us express things that can’t be put in words.

“The way we carry ourselves, how we put our shoulders back when times are hard, or offer a friendly smile even when we don’t agree. How we choose to show up for our communities – the small acts of kindness that are remembered long after they are offered.”

She continued: “And that includes what we wear.”