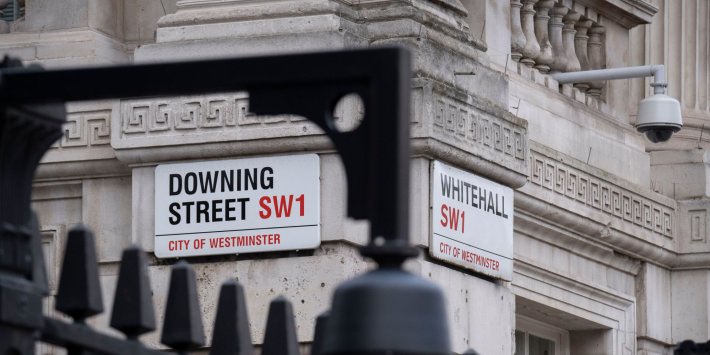 The Metropolitan Police has stated it has asked senior civil servant Sue Gray to make “minimal reference” to events investigated by the force in her report into lockdown-breaking parties at Downing Street.

In a statement, the force claimed it had not asked for “any limitations on other events in the report, or for the report to be delayed”.

“We have had ongoing contact with the Cabinet Office, including on the content of the report, to avoid any prejudice to our investigation,” it added.

It comes as the government awaits the much-anticipated report from Gray, the publication of which was delayed after Met commissioner Dame Cressida Dick announced that there would be an investigation into claims that a number of parties were held in at No 10 during lockdown.

She told the London Assembly that the decision to pursue the allegations, despite previous claims they would not be looked into, came as a result of “the information provided by the Cabinet Office inquiry team” and “my office’s own assessment”.

Boris Johnson has repeatedly insisted that Gray’s report will be published “in full” and that he has “absolutely not” sought to delay its publication.

On Wednesday, Labour leader Keir Starmer pressed the Prime Minister on whether the Met investigation would mean that the government would be unable to prove a copy “in the library of the House of Commons” as previously promised.

Johnson replied that he will do “exactly what I said” and that “we’ve got to leave the report to the independent investigator.”

The full report was due to be published on Wednesday, but is now expected to be delayed until early next week.

He has reportedly deployed a “shadow whipping” operation in a bid to get backbench MPs back on side, amid fears that many may have submitted letters of no-confidence to the 1922 backbench business committee.

Conservative MPs backing the Prime Minister told PoliticsHome on Monday that they are cautiously optimistic they have succeeded in placating rebel rousers plotting to oust their leader.

“We feel the support is growing on a daily basis,” said one senior Conservative MP involved in the shadow whipping operation.

The MP added that “there is a confidence” that 1922 committee chair Sir Graham Brady will not receive the 54 letters required to trigger a no confidence vote in the Conservative party leader.