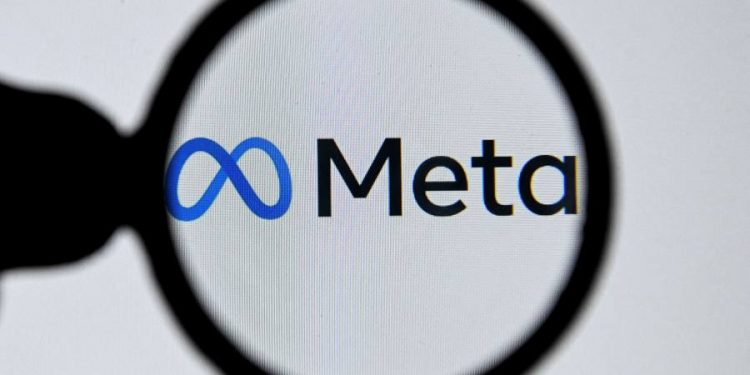 Meta shares are suffering mega losses today — currently down about 25 per cent and no sign yet of any brave tech investors looking to “buy the dip” after a disastrous earnings announcement.

The fall equates to more than $225bn being wiped from the Facebook parent’s market capitalisation and has helped drive down the tech-heavy Nasdaq by more than 2 per cent.

As Hannah Murphy reports, Meta warned that the current quarter was likely to be its slowest period of growth on record, and its chief Mark Zuckerberg said it faced increasing competition from the viral video app TikTok. Chief financial officer Dave Wehner, admitted it faced a perfect storm of “headwinds “.

Meta has just abandoned its initiative to launch a global digital currency and its plans to focus on the metaverse, an avatar-filled online world supported by virtual and augmented reality technology, is years away from producing meaningful revenues. The venture lost more than $10bn last year.

Lex says the calamitous share price drop is the result of a noxious combination of boring content and squandered user trust, as well as the privacy changes that threaten the digital advertising market it dominates.

However, it remains a company with 3.59bn users visiting at least one of its apps per month. Digital advertising is a growing market and Zuckerberg has presided over revenue-raising transformations before. It is too early to declare Meta’s metamorphosis a bust.

1. Microsoft a player in open metaverse
Satya Nadella expects Microsoft’s software to adapt itself to gaming concepts as it works to create the metaverse. Open standards will be essential in the next version of the internet, he tells Richard Waters in the first of a new series of monthly Tech Exchange interviews. It’s Nadella’s first interview since Microsoft’s $75bn deal last month for games maker Activision Blizzard.

2. a16z joins Bored Ape fan club
Yuga Labs, the start-up behind Bored Ape Yacht Club, the non-fungible token collection that counts celebrities such as Gwyneth Paltrow and Snoop Dogg as owners, is discussing a financing with VC firm Andreessen Horowitz that would value it at between $4bn and $5bn. Our tech team reports any deal would mark the first institutional investment in the secretive outfit led by pseudonymous founders — Gordon Goner, Emperor Tomato Ketchup, No Sass and Gargamel.

3. Spotify sees slower growth
The music streaming service’s shares are down 17 per cent today after it warned that subscriber growth would slow significantly in the first quarter. The FT View on Spotify’s handling of its star podcaster Joe Rogan is that fact-checkers to help him better challenge controversial guests would not make for censorship. While anti-vax views expressed have caused a Neil Young-led boycott, Jemima Kelly says Rogan still seems genuinely keen to pursue the truth.

4. BT sides with Discovery on sport
BT has started exclusive discussions with US media group Discovery to form a joint venture for its BT Sport business, opting against a sale of the television network to the sports streaming company DAZN. Lex says this is a halfway house signposting eventual full disposal, as BT focuses on its broadband business.

5. Glencore mines batteries for circular economy
The miner and commodity trader Glencore has announced plans to develop a recycling plant for lithium-ion batteries in Kent in the UK as it looks to tap into rising demand for the metals that are key to electrification technology. In today’s FT Special Report on the Circular Economy, Gillian Tett looks at how the Right to Repair campaign has forced a rethink by Big Tech and Amy Bell reports on platforms for buying, selling and renting second-hand clothing resonating with tech-savvy consumers. Meanwhile, European industrial giants have joined the race to create cleaner energy through nuclear fusion.

The SR25 MKII is the latest high-res portable music player from South Korean specialist Astell & Kern, writes Jamie Waters. Like its predecessor, the £699 MKII is an angular slice of aluminium that fits neatly in the palm of your hand and connects with services including Apple Music, Amazon Music, Spotify, Tidal and SoundCloud. It has improved wireless transfer of audio files with its file-drop function and, via Bluetooth, enables you to play tunes from devices like your smartphone. It can also host a 4.4mm headphone jack, which will please serious audiophiles. The MKII is one of four perfect pocket companions reviewed in How to Spend It.