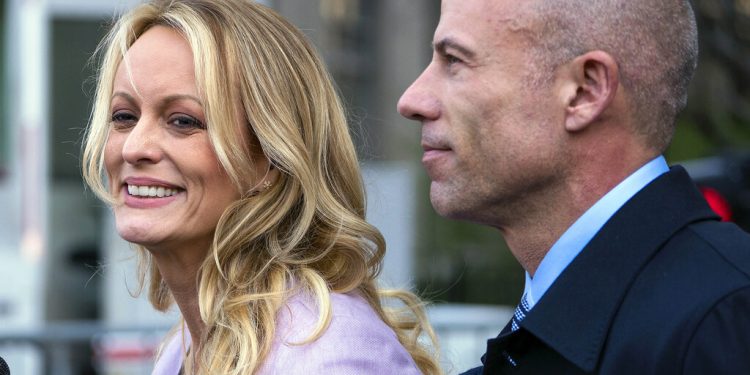 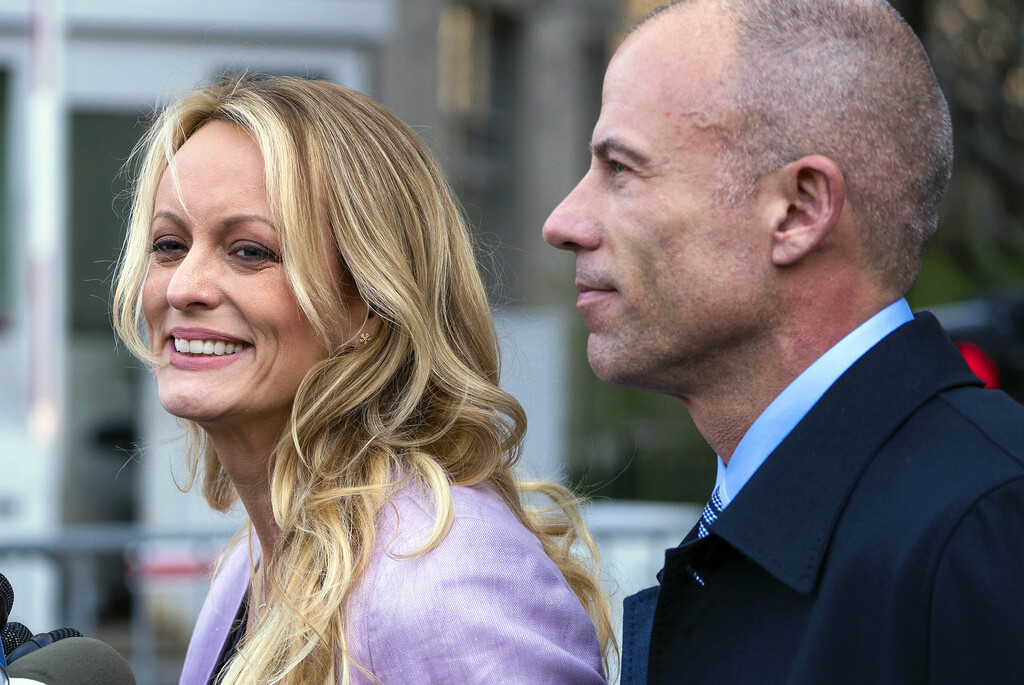 Avenatti, who acted as his own lawyer, stared straight ahead as the guilty verdicts on wire fraud and aggravated identity theft were returned.

Just a few hours earlier, a mistrial had appeared possible when the jury foreperson complained that a juror was acting on “emotions” rather than evidence.

It was another defeat for the California lawyer, who has faced legal problems after briefly rising to fame as one of Trump’s leading antagonists on cable news.

“I’m very disappointed in the jury’s verdict,” Avenatti told reporters outside the federal courtroom in New York. “I’m looking forward to a full adjudication of all the issues on appeal.”

Judge Jesse M. Furman ordered Avenatti to surrender Monday to U.S. marshals in California. Avenatti has delayed serving a 2 1/2-year prison sentence for his 2020 conviction in an extortion case while waiting for the book trial and the retrial of a fraud case in a California federal court.

In an “Inside Edition” interview at her New Orleans home, Daniels said she was happy the jury made “the right decision.”

“Justice was served, but we have a long way to go. Justice isn’t money because I’ll never see it,” she told the syndicated TV program. “It is him being found guilty and the jury putting aside their preconceived notions about someone in the adult film industry and just looking at the facts.”

Sentencing was set for May 24, and Daniels told “Inside Edition” that Avenatti “can bet on” her attendance. Wire fraud carries a maximum of 20 years in prison, and aggravated identity theft carries a mandatory two-year prison sentence.

The verdict came hours after the jury foreperson sent the note to the judge saying one juror was acting on her feelings.

“She does not believe she needs to prove her side using evidence and refuses to show us how she has come to her conclusion,” the note said.

But the verdict was unanimous.

It capped an unusual trial in which Avenatti dumped his lawyers, choosing on its second day to represent himself, setting up a face-to-face showdown with Daniels, his former client, who appeared in a new role as star witness.

Avenatti said after the verdict that he did not regret representing himself.

As he walked away from the courthouse surrounded by reporters, Avenatti he said he would “start working on my appeal tonight.”

At one point, he said, “I have a message for my kids: I love you. Stay strong.”

Prosecutors portrayed Avenatti as a common thief and serial liar. He countered by casting himself as a white knight who brought Daniels fame in her fight against Trump and a lucrative book deal she’d unsuccessfully been pursuing for a decade.

Daniels had initially hired Avenatti as she was trying to escape the terms of a $130,000 hush payment deal that kept her from speaking publicly about an alleged sexual encounter that Trump says never happened.

Avenatti parlayed his representation with Daniels into cable news appearances in which he mocked and baited Trump.

Their relationship collapsed after Daniels said she learned Avenatti had taken a share of her $800,000 book deal for himself. Avenatti insisted he was innocent.

During his questioning of Daniels, Avenatti asked her about her claims he’d swindled her out of book proceeds — and about things she’d said for a potential program called “Spooky Babes” about living in a haunted house in New Orleans.

Daniels had talked about an invisible assailant attacking her partner, communication with dead people and a doll who calls her “mommy.”

Prosecutors argued Avenatti was trying to portray Daniels as crazy in a “blame-the-victim” defense that failed to support his claim he was owed the money after spending millions of dollars representing Daniels.

Text messages, prosecutors said, showed that Avenatti repeatedly lied to Daniels in 2018 when she pressed him on when she would get a large installment she was owed on the book deal. They said he’d already spent the money on airfare, food and payroll for his debt-ridden law firm.

Podolsky likened Avenatti to a store cashier taking $1,000 out of a register because he believed he’d worked hard and deserved a bonus.

In addition to the sentence he must still serve for trying to extort up to $25 million from sportswear giant Nike, he awaits retrial in Los Angeles on charges he ripped off clients and others for millions of dollars. He represented himself last year for six weeks before a mistrial resulted.
Tags: AvenatticonvictedDanielsMichaelstealing
Previous Post