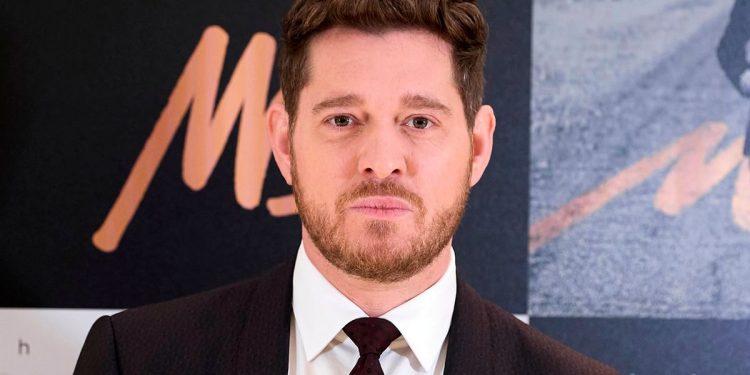 Michael Buble talks about his son Noah on The One Show

Michael Bublé has revealed Sir Elton John reached out to him as his son battled cancer – even though they didn’t know each other.

The Just Haven’t Met You Yet hitmaker and his wife Luisana Lopilato were devastated when their eldest son Noah was diagnosed with liver cancer in 2016.

At the time the youngster was just three years old – and Michael shared Elton would call him up every Sunday without fail.

Calling the Tiny Dancer singer a “beautiful man”, Michael told Magic Breakfast: “I didn’t know him and he called me every single Sunday.

“Every single Sunday he would call to tell me that he and David were praying for me and that they loved us and would send us toys.

Michael was overwhelmed when Elton reached out
(

Elton has two sons of his own with partner David Furnish
(

Luckily Noah fully recovered from cancer and is now able to live a full and normal life.

When the news broke his son was ill, Michael immediately cancelled his tour and all his music plans so he could be there through the family ordeal which he has since described as “hell”.

The family watched as the youngster went through gruelling chemotherapy and radiotherapy treatments.

Michael and his wife Luisana with Noah when he was little
(

The family joke around in a photo booth
(

Canadian Grammy winner Michael said he often wished he could switch places with his son so it was happening to him.

He told the Today show in America: “We went through what was the worst possible thing you could hear as a parent and maybe as a human being.

Michael took a career break when Noah was diagnosed with cancer
(

Michael with Noah when he was a baby
(

In 2017, Michael and his family released a statement saying Noah had beaten the disease and was now cancer free.

It said: “We are so grateful to report that our son Noah has been progressing well during his treatment and the doctors are very optimistic about the future for our little boy.

“He has been brave throughout and we continue to be inspired by his courage. We thanks God for the strength he has given all of us.”

Michael gives Noah a hug as he celebrates his eighth birthday
(

Speaking to TV presenter Kate Garraway at the end of last year when his Christmas special aired, Michael gave fans an update on Noah, who recently turned eight.

He said: “He’s really good. It’s been almost five years. We still have the scans and the ‘scanxiety’. You know what? I think he’s much better than we are.

“For him, you know, he’s this normal little boy who knows that he’s a superhero because Dad tells him all the time. But for Mum and I, even though we’re better, it’s definitely something that’s there.”

As well as Noah, Michael and wife Luisana share son Elias, six, and three-year-old daughter Vida. The couple are set to welcome their fourth child together later this year.