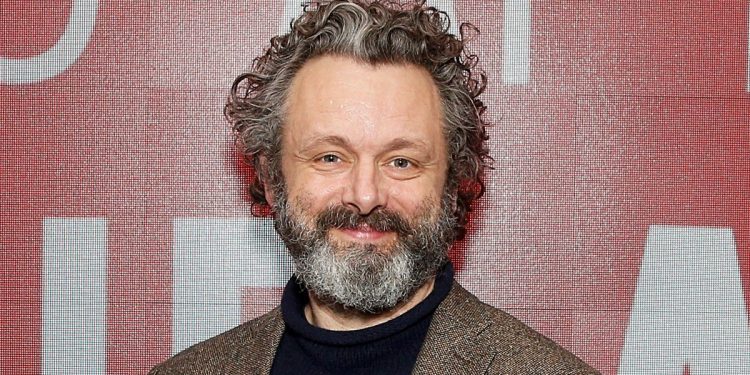 Actor Michael Sheen has announced that he and his partner Anna Lundberg are expecting their third child with a cute photo on social media.

The Welsh actor shared an adorable snap of his gorgeous partner cradling her baby bump.

Proud dad Michael captioned the sweet snap: “It appears there may be another on the way! #AngelDelight.”

Michael and Anna have been dating since 2019 and the pair even starred alongside each other on BBC’s Staged.

Michael is expecting his third child with Anna

“This is the most adorable news!!!! Congrats you two,” one overjoyed fan penned.

“Ahhh congrats!!! This is so cute,” another echoed.

“The best parents in the world. The news we all need right now,” someone else gushed.

Meanwhile, a fourth chimed: “What a beautiful bump! Amazing.”

Anna is originally from Helsingborg in southern Sweden.

The 29-year-old is based in New York with Michael and has previously starred in theatre plays such as Othello, Spring Awakening, and Gloria.

While it’s not clear where Michael and Anna met, the lovebirds had their first public outing together in May 2019 at the premiere of Good Omens, where he starred alongside David Tennant.

Michael and Anna are expecting another baby
(

At the time, Michael was forced to deny that he had cheated on his ex-girlfriend Aisling Bea with Anna.

He wrote on Twitter: “Wouldn’t normally respond to this kind of thing but for the sake of people I love and who have more important things to focus on right now.

“I was single from the beginning of last summer until I met my partner Anna who is now going to have our baby. Just for the record. Thanks”.

Michael and Anna have one child together after announcing the news on Twitter in July 2019.

The actor is already a proud dad to two daughters
(

Anna gave birth to daughter Lyra just two months later, with Michael writing at the time: “Happy to say that at 8:41 am on Monday September 23rd our beautiful daughter Lyra was born.

“Thank you so much to Louise & all the brilliant midwives at both the Singleton and NeathPortTalbot hospitals.”

Michael is also a dad to 22-year-old Lily Mo Sheen, who he shares with actress Kate Beckinsale.

Congratulations to the happy couple!

Zelensky urges Biden to say something ‘useful’ in State of the Union speech: ‘I’m not in a movie, I’m not iconic’