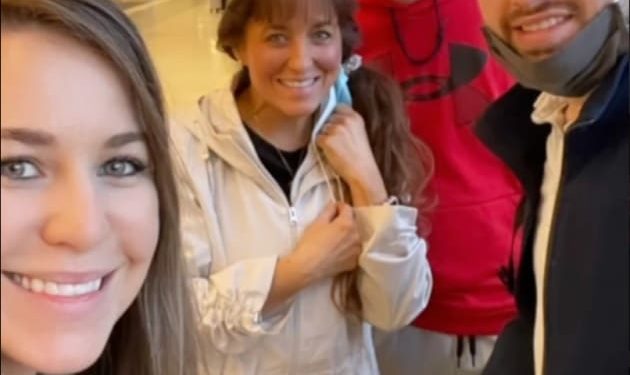 Shortly after Josh Duggar was convicted of receiving and possessing child pornography back in December, his parents, Jim Bob and Michelle Duggar, released a statement on the verdict.


Though still unwilling to condemn their son’s actions or confirm his guilt, the parents of 19 expressed sympathy for those who were victimized and offered words of support for Josh’s wife, Anna.


After that, not surprisingly, Jim Bob and Michelle all but disappeared from the public eye.


The couple never gave a reason for their disappearance, but there were probably two main factors behind their decision:


1. The Duggars’ fan base has diminished rapidly and they have more critics than ever, meaning that Jim Bob and Michelle are no longer assured of the fawning praise they used to receive in response to whatever they posted.


2. The Duggars used to rely on the public for their livelihood, and now that Counting On has been canceled, they may feel that they no longer need to cater to the people who kept them in business for so long.


So it’s not terribly surprising that Josh’s parents aren’t basking in the spotlight quite as much as they used to.


And if it weren’t for their kids — some of whom are still as active as ever on social media — the couple’s silence likely would’ve continued for several months to come.


Jim Bob is still off the grid, but Michelle returned to the public eye a little sooner than expected this week thanks to an Instagram Story posted by eldest daughter Jana.


According to the short video, Michelle and Jana flew to California this week, along with Justin and James Duggar, both of whom are in their early twenties.


On Reddit and elsewhere, fans have made much of the fact that Michelle is traveling without Jim Bob.


It’s highly unorthodox in the Duggars’ world for wives to do anything without their husbands, much less leave the state.


But it’s not unheard of.


In all likelihood, Michelle and Jana are headed for the West Coast to visit their favorite Los Angeles resident, Jinger Duggar.


And yes, James and Justin are probably tagging along as chaperones, as Duggar women aren’t allowed to do anything unsupervised.


So despite rumors to the contrary, there’s no reason to believe that Michelle is planning to relocate in SoCal, or that there’s any upheaval in her marriage.


As much as we’d like to imagine Michelle splitting on her obnoxious husband, it’s highly unlikely that anything like that will ever happen.


Still, this latest development comes as a surprise, as we expected the patriarch and matriarch of the Duggar clan to go into hiding for at least a few months following the grim statement they issued in the wake of Josh’s conviction.


“This entire ordeal has been very grievous,” the couple wrote on Instagram.


“Our hearts and prayers are with anyone who has ever been harmed through CSAM [Child Sexual Abuse Material],” the polarizing couple wrote on their official website late yesterday,” Jim Bob and Michelle continued.


“In the days ahead, we will do all we can to surround our daughter-in-law Anna and their children with love and support.”


The Duggars concluded, as always, on a religious note:


“As parents, we will never stop praying for Joshua, and loving him, as we do all of our children,” they wrote.


“In each of life’s circumstances, we place our trust in God. He is our source of strength and refuge. Thank you for your prayers.”


Perhaps it’s a case of “out of sight, out of mind,” but in any event, Jim Bob and Michelle appear to be having little trouble moving on with their lives in the absence of Josh.