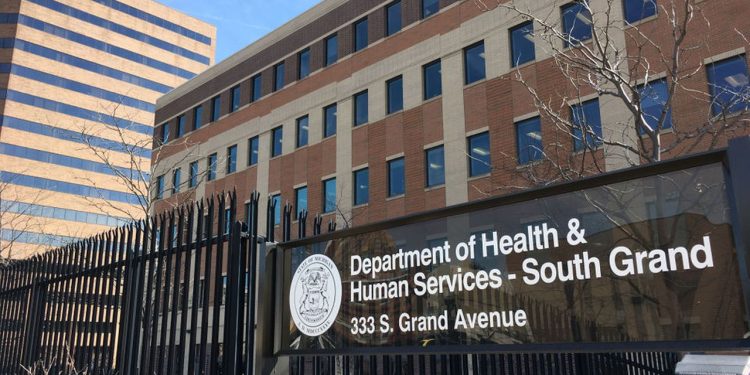 LANSING, MI – Two Michigan children are suspected of having a severe and rare form of hepatitis that is under investigation by the U.S. Centers for Disease Control.

One case was reported in Oakland County and the other in the city of Detroit, the Michigan Department of Health and Human Services confirmed.

“MDHHS has provided this data to the Centers for Disease Control and Prevention as part of their Health Alert Network Health Advisory to notify clinicians and public health authorities of a cluster of children identified with hepatitis and adenovirus infection,” state health officials said in a statement.

Neither of the Michigan children previously had COVID-19.

The CDC is currently investigating cases of 109 children with “hepatitis of an unknown cause,” officials say. More than 90% of the patients were hospitalized and 14% have received liver transplants.

Five of the children have died.

Health officials have been trying to untangle the mysterious illness since October 2021 when cases first popped up in Alabama. Nine children were identified from October to February with hepatitis, severe inflammation of the liver, or an adenovirus infection, a common virus that typically causes mild cold or flu-like symptoms.

“All of these patients were previously healthy, came from different parts of the state and were hospitalized with significant liver injury without a known cause, including some with acute failure,” said Dr. Jay Butler, CDC deputy director of infectious diseases, during a Friday, May 6 press briefing.

Additionally, none of the children in Alabama had a history of COVID-19 or received the vaccine before being hospitalized for hepatitis, Butler said. With a median age of 2, the patients were too young to get the COVID-19 vaccine.

As of Friday, suspected cases were reported in 24 states and Puerto Rico.

Many questions remain for health officials after common causes of viral hepatitis were not detected in patients.

“We are casting a broad net,” Butler said.

Health officials are keeping an open mind about whether the adenovirus infections may be manifesting in a way “that’s not been commonly seen before,” according to Butler. Environmental factors, medications and other infections are also being investigated as possible triggers.

“Although rare, children can have severe hepatitis and it’s not uncommon for the cause to be unknown,” Butler said.

Cases of the severe hepatitis in children have popped up in 11 other countries.

The World Health Organization issued an alert in mid-April after 74 possible cases were found in the United Kingdom. The first 10 were identified in “previously healthy children” across Scotland with one child showing symptoms in January and the rest in March.

“Investigators both here, abroad and around the globe are working hard to determine the cause,” Butler said. “Adenovirus has been detected in some of the children, but we don’t know if it’s the actual cause of these illnesses.”

Symptoms of hepatitis include vomiting, dark urine, light colored stools and yellowing of the skin.

“It’s important to remember that severe hepatitis in children is rare even with the potential increase in cases that we’re reporting today,” Butler said.

Experts predict who will win Canelo Álvarez vs. Dmitry Bivol

Opinion: If a Roe v. Wade reversal is pro-child, where’s the help for child-care costs?

Opinion: If a Roe v. Wade reversal is pro-child, where's the help for child-care costs?