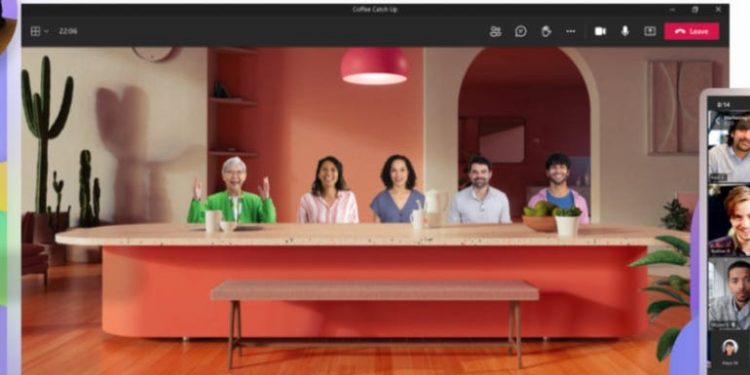 
As of this week, Microsoft’s Teams product has been generally available for five years. During that time, Teams’ usage has grown exponentially, with Microsoft officials claiming Teams as the fastest growing business app in Microsoft history. So where does Microsoft take Teams from here?

Microsoft kicked off its Teams rollout on March 14, 2017, after the product had been in preview for several months. From the get-go, Microsoft made Teams part of Office 365 business subscriptions for no additional cost. Microsoft announced Teams would replace its Skype for Business product family over time. And to keep up with its initial main competitor — and one-time rumored takeover target — Slack, Microsoft quickly added a free version of Teams to its lineup.

During the pandemic, Microsoft’s main competitor in the group-chat space shifted from Slack to Zoom. And to try to head off Zoom, as well as to try to continue to grow its share of the group-chat market, Microsoft announced plans to create a set of consumer Teams features aimed at productivity-minded consumers. The company also debuted a standalone version of Teams for small-and-midsize business users late last year, a move which may or may not have been connected to Slack’s antitrust attack on Microsoft for bundling Teams with Windows and Office.

One of the more major features on the Teams roadmap, on track to debut this month in preview form (according to the Microsoft 365 Roadmap), is the delayed Teams Connect collaboration capability. Also known at one point as “shared channels,” Connect will enable customers to use Team’s full suite of collaboration capabilities with external contacts in other Azure Active Directory organizations the same way they use them with colleagues from their own organizations.

I’d assume Microsoft will continue to try to find ways to grow its Teams consumer business in ways that go beyond embedding Teams Chat in the taskbar on Windows 11, as Microsoft seemingly still thinks there is a prosumer market for Teams, not just commercial and education ones.

Microsoft also is working to make Teams for work and school accounts more like Teams Consumer from an interface and back-end perspective via its “Teams 2.0” work. Teams desktop will no longer be an Electron app once this happens, which could make it faster and better performing. I’m also hoping for a UI update to Teams, too, as I still think it’s hard for new users to figure out where to start with the platform.

Teams isn’t the only hub for work in the Microsoft world. But it’s been a major focus for the company and its customers in the past couple of years and likely will remain a major hot spot in terms of new features and functionality.

Resident Evil 2, 3 & 7’s Upcoming PS5 Update Will Let You Transfer Your PS4 Save Data And DLC