Microsoft tried to calm angry Windows 11 users. It made them angrier 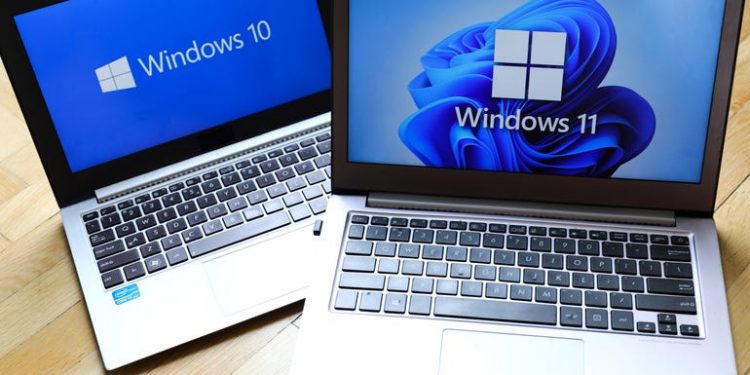 You can’t please everyone.

You always, always end up annoying someone. Because that’s how people are.

Microsoft, however, is coming from behind on this one. It’s made far too many people angry far too many times with far too little justification.

So even as it’s greatly improved its behavior since Satya Nadella became CEO, the company doesn’t always seem as prepared to handle flak as it might be.

When Windows 11 came along, there were outcries. Many were concerned about the Start menu suddenly being perched in the middle of the screen. It isn’t; moreover, it’s so customizable.

Most people have, perhaps, become used to it. Many even like it. But there’s clearly a concentrated cabal of users whose feelings lurch toward detestation. Microsoft seems unable to let them just be.

It’s what you wanted. Really.

Windows Latest reports that Redmond has recently been contacting Windows 11 insiders who participate in the Release, Beta and Dev channels.

The essence of the company’s email seems to be: “Yo, what up? You know the new Start menu was created after all y’all gave your feedback, right?”

Oh, that may reek slightly of “Come on, dolt. Haven’t you got with the program yet?”

The video itself features many wise creative types explaining in wise, but simple terms, how they were clever and creative.

It begins with a user researcher called Dragana musing: “The process of designing is informed by research. It’s a challenge of making sense of it.”

People don’t really know what they want. Even if they think they do, they might not always be able to explain it.

Shortly, we meet another user researcher — how many worked on this thing? Ashley explains: “It’s really easy to design something you like, but that doesn’t necessarily mean it will work for everyone.”

There it is. The everyone word. This is what Microsoft was striving for. This is the basis of pain.

Enter the designers. They talk about how they listened more. They explain how they asked a lot of questions. One example: “Should Start be left-aligned or center-aligned?”

Of course, it could be left to you to align it, but that, apparently, wouldn’t work for everyone.

You, the people. We believe in democracy.

And then another designer, this one called Ryan, reveals what he and his team did. He says they made a big decision: “Let’s let people tell us how they would want to put it all together.”

A dangerous maneuver, this. Imagine if Steve Jobs had asked people how they’d like the iPhone’s home screen arranged. Imagine his patience at sifting through the suggestions.

At Microsoft, they think different. The company’s research apparently showed that Windows users “were creating designs that matched what we were already thinking about.”

I wonder if the company recruited some of them.

Was it wise of Microsoft to include this video in its email? Might it have been better to include of video of real users explaining why they like the Windows 11 Start menu so much?

The year-old video had sat there, largely unnoticed. Now, however, it’s adorned with the recent comments of the unhappy.

Sample: “They proceed to literally ignore everything what people is asking for, and they do whatever they want or like. No one likes the new start menu, even less the taskbar.”

No one? Could that be the case?

There was more: “How can so many companies claim that they are hearing users’ feedback when they are explicitly not doing it? Is this the world we live now? Pretty boring if they think we are that stupid.”

Do companies think people are stupid with the same vehemence as, say, politicians do? I doubt it.

Some people, it seems, are far happier with, of all things, Windows 10.

“The new taskbar is a joke,” says one.

He wasn’t alone. Take this: “Finally, MS got it right from the Windows 10 start menu, so it decides to make a new menu for Windows 11 that only caters to a small group of users. Do as you like, but leave the option for the US to get the Windows 10 menu back, even with unanimated tiles.”

Why so negative? Because you asked.

To Microsoft’s credit, it kept the YouTube comments open, something Apple would never do. Well, Microsoft apparently likes listening to user feedback. However, it can’t have been easy to wade through the plethora of negativity.

Many pleaded for the return of customization. There was more pungent commentary too.

Sample: “Don’t patronize your users. You didn’t listen to anyone who said ‘this is a fundamentally flawed design’, ‘we want the same customization options that have existed for decades’, or ‘these are already solved problems, and Windows isn’t your art project for Instagram.'”

Perhaps the most cogent criticism was this: “How can Microsoft talk about customization and how they see people arrange their apps as the[y] want, then make a start menu that takes all these customisations away.”

There are now 651 comments on this video. The inordinate majority appear to be very recent.

At the time of the Windows 11 launch, Microsoft released more videos explaining why this new version was completely uplifting.

I’ll never forget the coruscating revelation from one marketing person: “We looked at the Microsoft logo and turned it blue.”

Yet I have sympathy with Microsoft too. The company tried to make Windows look just a little more visually alluring. Simpler, too.

But why Microsoft has now chosen to poke committed, unhappy users into self-expression, I’m not too sure.

Sometimes, you have to let people live with something and make their own choices. This seems a good time to refer you to my colleague Ed Bott’s emotionally soothing column: “I hate Windows 11. Can I downgrade to Windows 10?”

Microsoft, you can’t please everyoneespecially when you’re trying to make progress as a lovable brand.

Still, I can confidently reveal that engineers love Windows 11. How do I know? Microsoft says so.