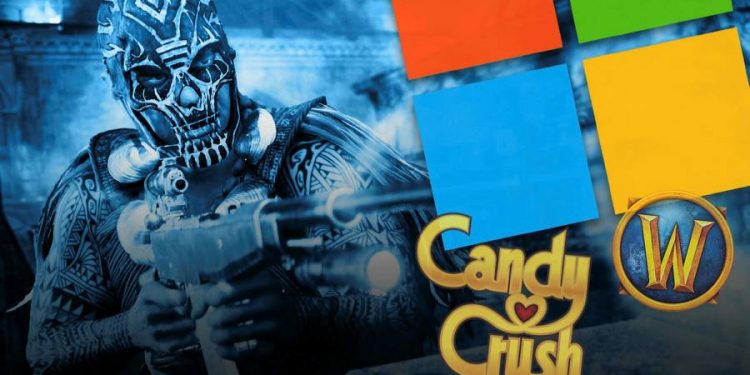 
If the path to the metaverse runs through today’s video games industry, then Microsoft’s agreed $75bn acquisition of Activision Blizzard could turn out to be one of the defining deals for the next era of consumer technology.

The all-cash purchase, announced on Tuesday, landed like a bomb in the video games world. By bringing some 30 games studios under one roof, “the implications of this deal will send shockwaves throughout the industry,” said Piers Harding-Rolls, a games analyst at Ampere Analysis.

The reverberations echoed through the stock market, with Sony opening nearly 10 per cent lower in Tokyo on Wednesday and other games makers bouncing on the prospect of a round of other deals.

At one fell swoop, the huge deal promises to turn Microsoft into one of the biggest creators of interactive entertainment, shake up the existing networks of alliances and competitive rivalries that shape the $200bn global industry, and help to lay the foundations for the all-encompassing virtual worlds of the future.

“This is a new content war, Web 3.0 style,” said Neil Campling, an analyst at Mirabaud Securities. But it is also likely to provoke intense scrutiny from antitrust regulators around the world, for whom any move by the biggest US tech companies to buy their way to the top of important new markets has become a worry.

It is all a long way from what most investors expected when Satya Nadella took over as Microsoft’s chief executive in 2014. At the time, he faced calls to ditch the company’s Xbox console games division to focus all its resources on making up lost ground in cloud computing.

Instead, Nadella clung to the idea of building new audiences for Microsoft out of the communities of people that had formed around gaming, making the purchase of the maker of Minecraft his first deal as chief.

Other attempted acquisitions of significant online communities — including of Chinese video app TikTok and chat service Discord — came to nothing, leading Nadella to focus on gaming as the best way to build a mass audience.

By extending Microsoft’s vertical integration in gaming, beefing up its content creation to supplement its Xbox console and PC games distribution systems, Nadella has underlined a stark contrast with the rest of Big Tech.

His closest rivals have focused instead on building some of the gaming world’s most important platforms, networks and tollbooths.

They include Facebook’s Oculus virtual reality business and Google’s Stadia cloud gaming division, each of which represents a new distribution channel for games; the Apple and Google smartphone app stores; and Amazon’s purchase of the live streaming network Twitch.

In the short term, provided it can successfully complete and integrate the acquisition, Microsoft stands to extend its reach into a wider range of gaming markets, making it a stronger competitor to console rival Sony and mobile gaming giant Tencent. In particular, the addition of games like Candy Crush would give a stronger foothold in the mobile market, which is now worth as much as console and PC gaming combined.

Bobby Kotick, chief executive of Activision, claimed that with powerful tech companies such as Apple and Google taking a greater interest in gaming, the acquisition should not provoke resistance from regulators.

There has “never been more competition than there is today”, he claimed in an interview with the FT. “That’s a big important motivator behind this transaction.”

The fragmentation of the games industry between a large number of publishers and platforms, and the fact that Microsoft’s revenue from gaming was still likely to trail Tencent, Sony and Apple, also reduced the regulatory risk, added Campling.

“Microsoft may have just found one area of the digital universe that could escape close scrutiny from the antitrust warriors,” he said.

Yet, even if Microsoft’s share of gaming revenues would not be large enough to provoke concern on its own, some analysts warned that its attempt at deeper vertical integration could raise worries. The company has yet to say whether it would limit the distribution of some of Activision’s games to Microsoft’s own platforms, creating the kind of exclusive access that plays a big role in driving sales of today’s games consoles.

Ensuring the biggest possible audience for Activision’s games would give Microsoft a strong incentive to continue sales through platforms like the PlayStation, some analysts said. But as it reaches an ever-larger audience of its own through consoles, PCs and smartphones, that calculation may start to change.

Nadella himself has hinted at such a future, suggesting that Microsoft wants to build a “Netflix for gaming” — a single, subscription-based online service giving access to a wide array of exclusive content.

Microsoft already has a head start, with its Game Pass service growing nearly 30 per cent over the past year to reach 25m paying subscribers. Activision would bring a big new online audience for Microsoft to tap as it tries to feed this subscription base, with 400m people a month accessing one of Activision’s games online.

Observers such as Harding-Rolls, however, warn against simplistic comparisons between the video games industry and the streaming wars that are reshaping the world of entertainment. Even by 2025, subscriptions will still only account for $11bn in revenue for gaming companies, according to an estimate by Juniper Research — a drop in the ocean for an industry whose total sales already top $200bn. 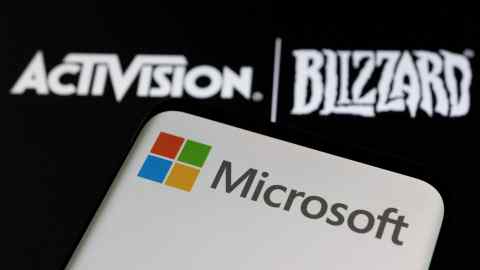 Yet, distributing games through the cloud could give Microsoft a foothold in significant new markets. Streaming through Game Pass to anyone with a mobile phone, for instance, could help Microsoft tap new “global markets where traditional PC and console gaming has long been a challenge”, Nadella said.

Further on, he added, games could become an important ingredient in creating the metaverse. Seen from this perspective, the immersive virtual worlds of the future look like “a collection of communities and individual identities anchored in strong content franchises, accessible on every device”, the Microsoft chief said.

Such talk has become increasingly common in the tech world, as companies like Meta Platforms (the former Facebook) and Microsoft try to position themselves as the leaders for the next era of online interaction.

But the gaming world will not have to wait on such vague visions to judge the impact of an Activision purchase: if Microsoft pulls off its game-changing deal, the shockwaves it produces will reverberate loudly in the here and now.