Every year, businesses, governments and other organisations spend more than £20 billion on technology that allows them to comply with multiple regulations, from environmental to financial to medical.

Ideagen specialises in software that makes these tasks simple and effective.

The group has grown rapidly since floating on the junior AIM market in 2014 and the shares have soared, from 33p when Midas first recommended them to £2.70 today.

Based in Nottingham, Ideagen has around 7,500 customers worldwide, including more than 250 UK and American hospitals, nine of the top ten accountancy firms and three-quarters of all major drug companies, as well as numerous aviation and defence groups. 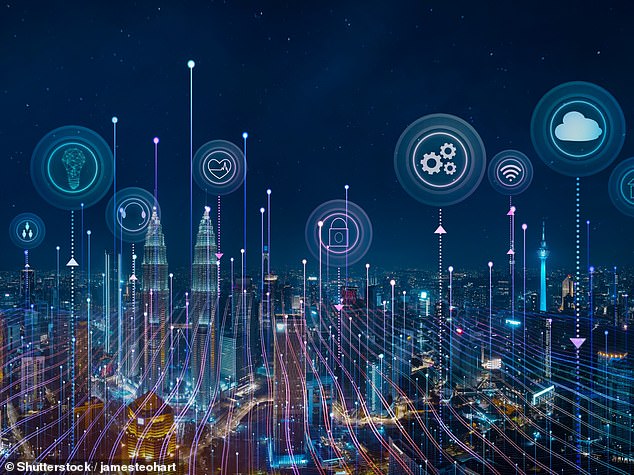 Opportunity: Ideagen has grown rapidly since floating on the junior AIM market in 2014

Customers tend to stick with the business for years. Its software has won multiple awards and is widely recognised as efficient and easy to use.

However, chief executive Ben Dorks has no intention of resting on his laurels and last month raised £103million on the stock market to accelerate growth both organically and through buying new businesses.

The company has made its ambitions clear. Brokers forecast revenues of £92million for the year to April and Dorks is aiming for £200million of sales by 2025, with £70million coming from acquisitions.

The regulatory software market is full of small firms, many of which are keen to sell out, particularly as the sector becomes more complex and the rules grow more demanding.

The pandemic has also encouraged business owners to consider their future, with several opting to sell to larger operators.

Ideagen is well positioned to benefit from these trends and Dorks has a track record of buying firms and integrating them successfully into the group.

Profits are rising steadily too, with £24million predicted for this year, increasing to £31million in 2023.

Dividends have increased consistently over the years and a payout of 0.4p has been pencilled in for 2022, rising to 0.5p next year.

Midas verdict: Investors who bought Ideagen shares in 2014 have already made an eightfold return on their money and may feel as if now is the time to sell. But at £2.70 the shares have significantly further to run.

Regulations are increasing in almost every sphere of business life and companies have to comply. Ideagen makes the process as painless as possible and the shares are a long-term hold. New investors could even snap up a few at the current price and celebrate this home-grown winner in the technology market.