By Joanne Hart for The Mail on Sunday

When mining giant Anglo American snapped up the Yorkshire-based potash project Sirius Minerals for £405million, it was a sorry day for the group’s band of loyal investors.

Graham Clarke was operations director at Sirius from October 2011 until the Anglo takeover. Now he is chief executive of Emmerson, another potash company, this time in Morocco. 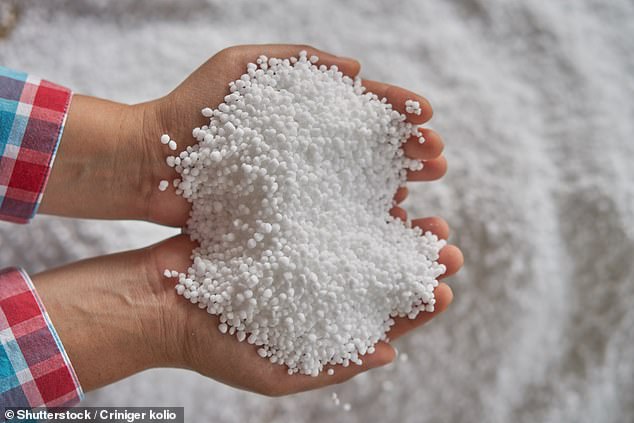 For some investors, the association may be too much to swallow but Clarke is a different animal with a different pedigree from the ebullient Sirius frontman, Australian Chris Fraser.

Born and bred in Yorkshire, Clarke has worked in the potash industry all his life. Starting out as an underground miner for Cleveland Potash on the North York Moors, he worked his way up to managing director of the business, spending 26 years at the company before moving to Sirius.

Down-to-earth and softly spoken, Clarke has a reputation for getting on with the job, trying to keep expenses down and workers motivated along the way. He is determined to do just that at Emmerson and the early signs are encouraging.

Midas recommended the firm in March 2019, when the price was 3.1p. Clarke took the helm a year later and today the stock is 6.05p, with supportive investors suggesting that it should be worth significantly more.

Emmerson, like Sirius, is at a development stage. The potash is there but the mine needs to be built. It is, however, far less costly, less complex and less ambitious than its British counterpart.

The project is expected to cost $400million (£300million) to construct, a fraction of the funds associated with Sirius, and Clarke recently bagged up to $46million towards the scheme from a Singapore-based investment group.

A second large equity investor should add further ballast, and Clarke expects to secure about $250million in bank debt in the next few months.

Emmerson’s mine is relatively simple to construct, work is already under way, and the site should be up and running by 2024, swiftly ramping up to annual production of more than 700,000 tons.

Emmerson is also based less than 100 miles from the Moroccan port of Casablanca, so the potash can easily be shipped overseas.

There is a huge need for potash in Morocco as well. Most common fertilisers have three key ingredients – potash (from potassium), nitrogen and phosphate.

Morocco is home to the biggest phosphate producer in the world, OCP, a multi-billion-dollar state-owned company.

However, the country is also a big importer of potash, a situation that should be dramatically reversed once Emmerson is in production.

Potash prices have risen sharply this year and the outlook is promising as demand for fertiliser increases worldwide.

Midas verdict: Investors bruised by Sirius may have no interest in another pre-revenue potash business, but Emmerson is moving in the right direction, Clarke has his head screwed on and demand for the end product is rising.

The company is valued on the stock market at £55.4million, but that valuation should rocket as and when Clarke secures the funding he needs and Emmerson moves into production.

Investors who bought in 2019 may choose to sell some shares and bank a profit, but they should not sell out completely. At 6.05p, the stock is also worth a punt for adventurous new investors.