Mike Ashley set ‘to lose out’ in Peacocks deal

Peacocks is set to be snapped up by one of its former bosses in a move that would thwart Mike Ashley’s takeover efforts.

The budget clothing chain has been up for sale since it went into administration in November.

It was part of Philip Day’s retail empire, which included Jaegar. 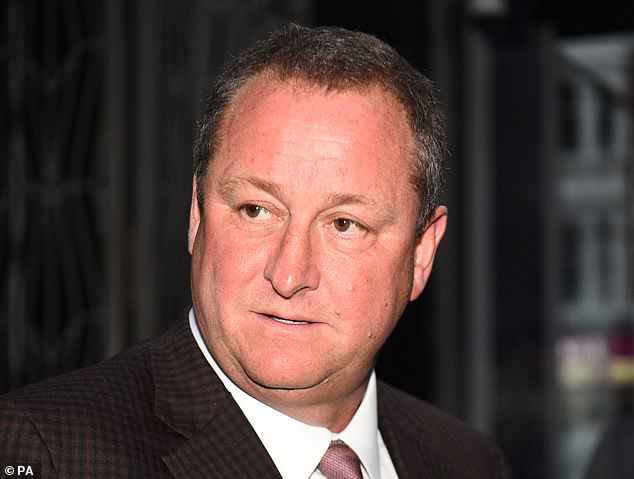 Missing out: Sports Direct tycoon Mike Ashley has been keen to buy the Peacocks chain, which has more than 500 shops

Steve Simpson, Day’s former operations chief, is in talks with Peacocks landlords and suppliers about a deal, the Sunday Times reported.

Sports Direct tycoon Ashley has been keen to buy the chain, which has more than 500 shops.

Simpson has launched a group called Purepay Retail which is backed by Day and bought two of his other brands – Edinburgh Woollen Mill and Bonmarche.

Bidders are keen to settle a takeover of Peacocks before non-essential retail stores reopen on April 12.

Peacocks was set up in 1884 and bought by Day’s Edinburgh Woollen Mill group in 2012.

Daimler profit boosted by China, where it hopes Mercedes-Benz EQS will be a hit

Do companies measure their cost of debt with before- or after-tax returns?

10 Reasons Why the Value-Stock Resurgence Has Further to Run: BofA

Superannuation reforms draw in opposition from many quarters

Asdrúbal Cabrera, a World Series champion with Nationals, gets ovation in D.C.

The #1 Reason Why You Need to Wash Organic Produce, New Report Says

Lewis Tan Talks Stepping Into the World of ‘Mortal Kombat’