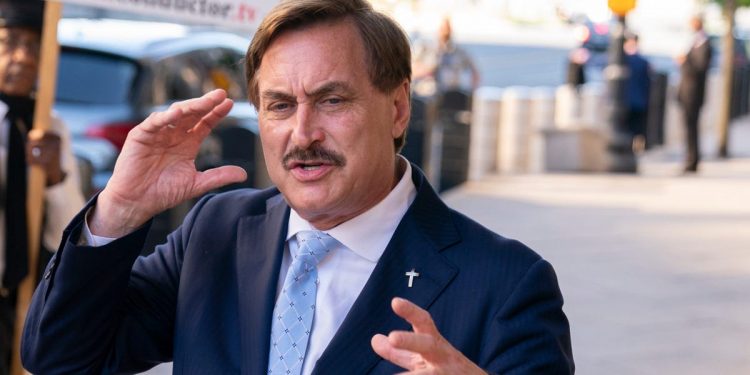 
Mike Lindell, the founder and CEO of MyPillow, told Insider on Friday that he’s been told by two financial institutions to “leave their bank.”

Lindell said Minnesota Bank & Trust and Heartland Financial USA told him they no longer wanted to do business with him.

Earlier this month, the January 6 House Select Committee subpoenaed the pillow CEO’s phone records over his ties to the former president.

According to Lindell, this raised concerns at Minnesota Bank & Trust.

“But what if somebody came in and said, ‘you know what, we’re gonna subpoena all of his account records, and this and that,’ and we make the news?” a man Lindell identified as Tom Cardle, a senior vice president at Minnesota Bank & Trust, said in recordings obtained by Insider.

Cardle also referred to the bank’s continued relationship with Lindell as a “reputation risk.”

Cardle didn’t respond to Insider’s multiple requests for comment on whether he was in the recordings. However, Insider independently verified that the phone number was linked to an office line associated with Cardle.

“What happens with accounts is between bankers and their clients. Decisions about bank accounts will be left to the account holders,” a Minnesota Bank & Trust representative told Insider when reached for comment on Friday.

Lindell was actually photographed at the White House carrying notes about martial law on January 15.

“Why did they wait till now?” he continued. “There’s something behind this, and we can’t let everyone get de-banked in our country.”

Lindell added that he thought the banks wanting to terminate their relationship with him was about the “First Amendment,” floating a theory that “somebody got to them.”

“[The banks] never had a problem with the cyber symposium. They didn’t have a problem last year when all the box stores canceled me,” Lindell said, referring to his 72-hour cyber symposium in Sioux Falls, South Dakota, and Costco and other retailers pulling MyPillow products from their shelves. “Isn’t this weird? You know, give me a break. These guys are disgusting.”

The pillow executive said he does not intend to comply with the bank’s entreaties for him to close the accounts.

“I’m not closing my accounts. They’re going to have to throw me out,” Lindell told Insider, adding that he thought the banks were taking these actions because of “cancel culture.”

Representatives for Heartland Financial USA did not immediately respond to a request for comment from Insider.