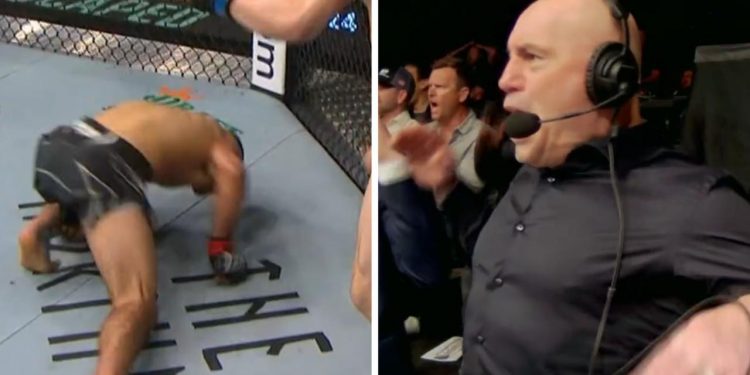 
Mike Malott made an instant impact in his UFC debut, scoring a TKO win in the first round over Mickey Gall with a devastating left hook that sent his rival crashing to the canvas.

The fight was Malott’s first in the promotion after a win on Dana White’s Contender Series left a lasting impression on the UFC boss.

All of Malott’s eight professional fights have now come via knockout or submission, with Sunday’s victory extending his winning streak to four bouts.

“I’ve been waiting for this moment since 2005,” Malott said post-fight.

“I’ve stayed focused and I’m just so happy that this has come to fruition. It’s pretty surreal. This guy’s a veteran. I remember being jealous of Mickey when he got signed like why can’t it be me? It was an honour to share the cage with him tonight.”

In a touching post-fight interview, Malott revealed he would be donating his entire show money ($10,000) to Team Alpha Male coach Joey Rodriguez’s 15-year-old daughter, who is currently battling cancer.

Later, at the post-fight press conference, Malott also told reporters that 10 fans came to him backstage and donated a wad of cash to help support the cause.

“This is a cutthroat sport… but once that fight’s over, we’re a passionate, caring community,” he said.

“We help one another.”

Jake Paul later took to social media to pledge a $10,000 donation while praising Malott for his generous act given “s****y fighter pay”.

FOLLOW LIVE: All the latest updates as Volkanovski takes on The Korean Zombie

ULTIMATE GUIDE: Everything you need to know ahead of UFC 273