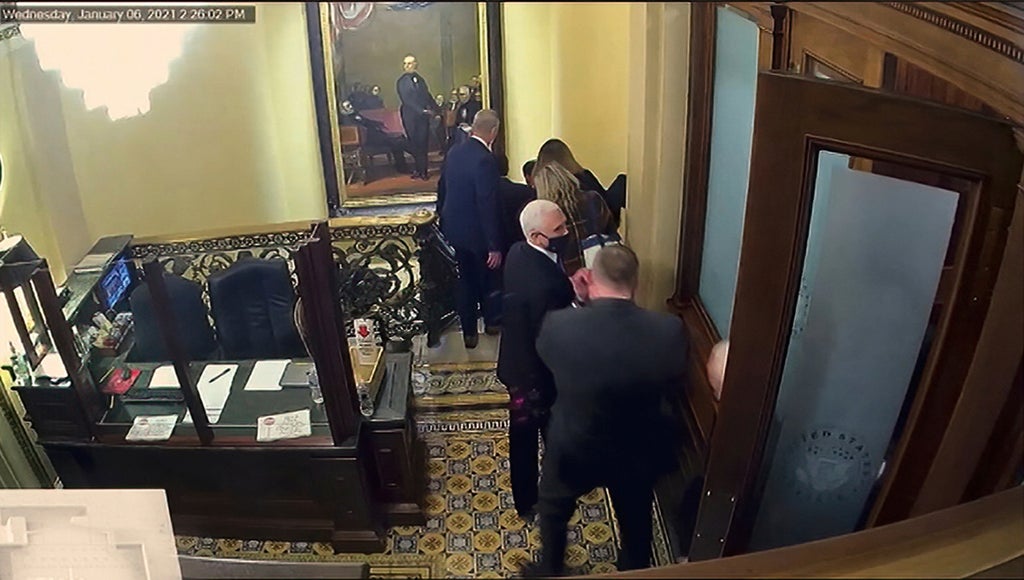 Former vice-president Mike Pence is sticking by his decision to certify the 2020 presidential election results, even though it has earned him the ire of die-hard MAGA supporters and former president Donald Trump alike, who has defended 6 January rioters who were chanting “Hang Mike Pence!”

Mr Pence told the Christian Broadcasting Network on Thursday that in his “heart of hearts” he knows he did “the right thing.”

“In January of 2017, I took an oath to support and defend the constitution of the United States. The Bible says in Psalm 15 that he keeps his oath even when it hurts, and on that day, I could relate to that sentiment, but I wanted to keep my oath to the Constitution. … I know in my heart of hearts that on that day, we did our duty under the Constitution,” Mr Pence said, adding, “I don’t know if President Trump and I will ever see eye to eye on that day, or that many of our most ardent supporters will agree with my decision that day, but I know I did the right thing.”

On 6 January, Donald Trump pressured vice-president Pence to withhold certification of the election results, even though the vice-president’s role in the process is essentially ceremonial.

“Mike Pence didn’t have the courage to do what should have been done to protect our Country and our Constitution, giving States a chance to certify a corrected set of facts, not the fraudulent or inaccurate ones which they were asked to previously certify. USA demands the truth!” Mr Trump tweeted from his now-suspended Twitter account on 6 January, as a mob of MAGA supporters began ransacking the Capitol.

Two minutes later, Mr Pence and his family were rushed out of the Capitol chamber, and demonstrators began storming through the halls chanting “Hang Mike Pence!”

The former president has appeared to defend the mob’s threats, telling journalist Jonathan Karl in his book Betrayal: The Final Act of the Trump Show, that they were showing a “common sense” reaction to the state of the election.

Unlike many prominent national Republicans, Mike Pence has declared the 2020 election results case closed, noting that courts which have reviewed the Trump campaign and its allies’ numerous claims of fraud and other irregularities haven’t turned up anything that would have swayed the election results.

“There were states across the country that collected their elections outside of how the state legislatures had approved, and I truly believe that was properly reviewed in the courts and ultimately was passed on,” Mr Pence says later in the CBN interview.

The 10 ugliest buildings in the UK named, from the Scottish Parliament to Preston railway station

The 10 ugliest buildings in the UK named, from the Scottish Parliament to Preston railway station