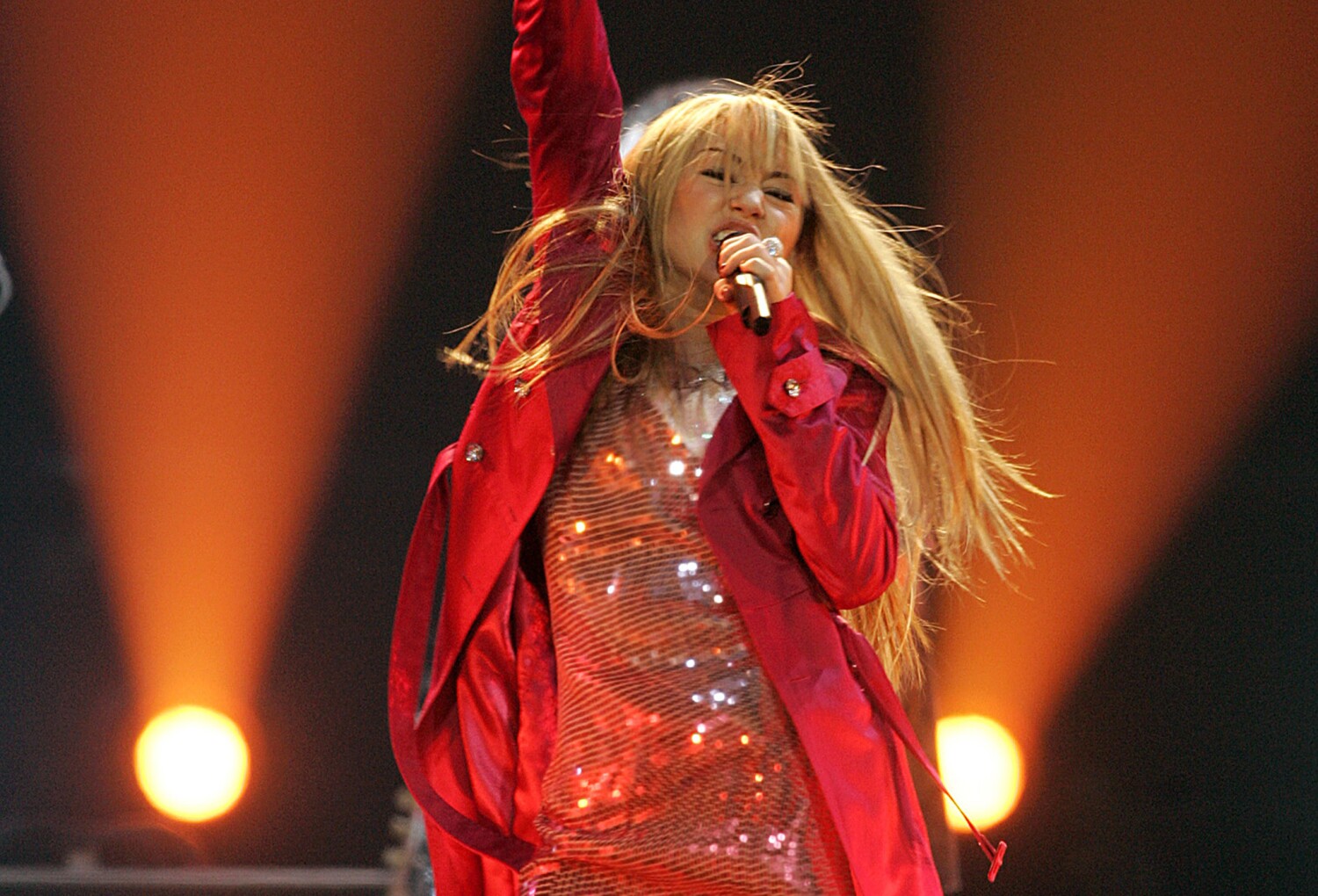 Sweet niblets! It’s been a whole 15 years since “Hannah Montana” premiered on the Disney Channel, catapulting a young Miley Cyrus and her musical alter ego to superstardom.

On Wednesday, Cyrus shared a heartfelt message she penned to her breakout character in honor of the hit series’ anniversary on social media. “Hannah Montana” ran for four seasons, from 2006 to 2011, and starred Cyrus as a teenager balancing dual lives as an anonymous high school student and a chart-topping pop sensation.

As its catchy theme song indicates, the concept of the show allowed Cyrus’ character to live “The Best of Both Worlds” — as Miley, when wearing plain clothes and her natural brunet hair, and as Hannah, when rocking flashy costumes and a signature blond wig.

“Since the first time I slid those blonde bangs over my forehead in the best attempt to conceal my identity. … I didn’t know then… that is where you would live forever. Not just in [me], but millions of people around the world,” Cyrus wrote in her letter, captioned “I still love you 15 years later” and dated March 24 on purple “Hannah Montana” stationery.

“Although you are considered to be an ‘alter ego,’ in reality there was a time in my life when you held more of my identity in your glovette than I did in my bare hands. … But a lot has changed since then. You were like a rocket that flew me to the moon + never brought me back down.”

The “Midnight Sky” artist went on to recount some of the many “firsts” and “lasts” she experienced along her “Hannah Montana” journey, from “embarrassingly” getting her first menstrual period on set “the day a ‘cute guy’” in the cast invited her to lunch to filming the series finale.

“It was bittersweet to know I would be leaving YOU (a HUGE piece of me) behind in Stage 9, which is where I say I grew up when asked,” Cyrus continued. “You have all my love + upmost gratitude. Breathing life into you for those six years was an honor. I am indebted not only to you Hannah but to anyone + everyone who believed in me from the beginning.”

She also opened up about losing her grandfather shortly before the first season of “Hannah Montana” debuted. (He did get to see the trailer, however, which he regarded as “one of the proudest moments in his lifetime.”)

And she gave a shout-out to her costars — Emily Osment, Mitchel Musso, Jason Earles and Billy Ray Cyrus, her on- and offscreen father — who became her “family” as she was “seeing them more than my own.”

“Not a day goes by I forget where I came from,” she wrote. “A building in Burbank, California with a room full of people with the power to fulfill my destiny. And that they did. They gave me you. The greatest gift a girl could ask for. I love you Hannah Montana. Forever, Miley.”