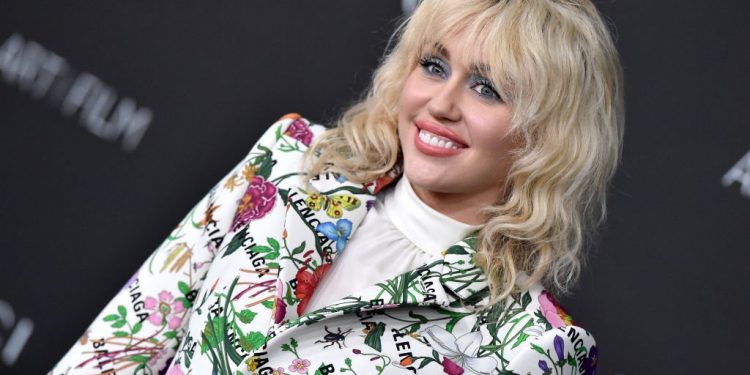 
Miley Cyrus told fans her bumpy plane ride ended up with an emergency landing after a bolt of lightning struck the aircraft mid-flight.

Those who have been following Miley since her early days might know that even though she travels around the world to sing for her international fans, the star is scared of flying.

But in her latest venture, Miley Cyrus’ plane was hit by lightning mid-flight as the star was travelling to Paraguay from Bogoto for the Asuncionico 2022 music festival . The “Prisoner” singer has not had the best experiences when it comes to plane rides after a terrifying experience flying to the UK for Glastonbury in 2019.

New fear unlocked. Miley Cyrus shared on her social media that the plane she was traveling en route to Paraguay had to make an emergency landing.

As she was filming the sky lighting up through the plane window, an image showed that the side wing of the plane had been damaged.

Fans who were worried about the singer left well-wishing messages after she shared the news that she, her family, and the rest of the crew were safe.

One user wrote: “I’m so glad you and the ones who were flying with you are ok, Miley. Take your time to get over it. You’ve been giving it all on stage these last days.”

Will asuncionico go ahead without Miley’s appearance?

Asuncionico is Paraguay’s biggest music festival, held in the capital city of Asunción. The festival has welcomed some of the biggest names in the music industry as their pervious impressive lineups have shown.

The year’s festival will see the likes of Foo Fighters, Doja Cat, and Machine Gun Kelly among performers, as hundreds of thousands of fans eagerly await their arrival.

However, due to the plane not completing its journey, Miley Cyrus has announced the cancellation of her appearance at the Asuncionico 2022 festival.

The Independent also revealed that the country is going through extreme weather conditions, which could lead to the cancellation of the festival. However, at this time, it’s still going ahead as planned.

In an E! News report, Brandi Cyrus, who is Miley’s sister shared on the latest episode of Your Favorite Thing Podcast with co-host Wells Adams that her family had previous a near-death experience.

The singer and her family were on their way to the United Kingdom for her to perform at 2019’s Glastonbury Festival.

“Our plane tried to land twice and had to come back up because there were other planes in our way,” Brandi Cyrus said. “Out of nowhere, as we’re landing, we swoop back up and like bang to the left and turn. It feels crazy.”

After a few anguished minutes, Miley Cyrus’s older sister explained that the crew told them that the plane was about to collide with another craft that was a short distance away.

Believing that the scary ride was over, ten minutes later, the plane experienced the same problem.

Although Miley and her family went through a terrifying ordeal, they managed to land in the UK safely, and she appeared at the music festival on schedule.

Blue Whale: Why I ditched Facebook and where I’m investing

How to Use Hostas in a Garden Design

How to Use Hostas in a Garden Design