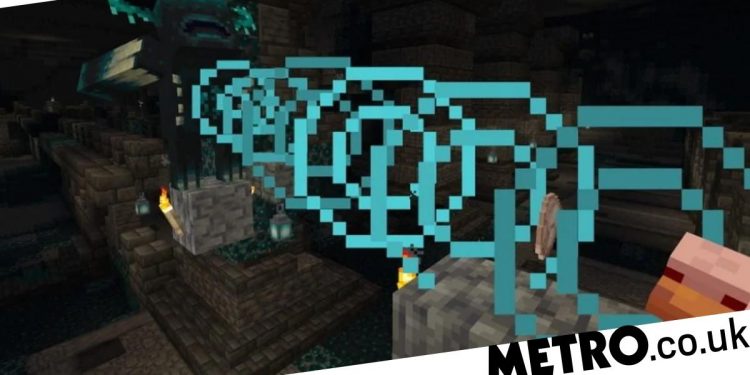 
Mojang, developers of Minecraft, have shown off new changes to the warden enemy.

Outside of Minecraft’s extensive options for exploration and building, the game features a whole host of enemies to intervene with the player’s goals.

Exploding creepers, zombies, and more all infest the randomly generated worlds. But as Minecraft has grown in scope since its inception in 2009, the game’s rogue gallery has expanded too.

What is a Minecraft snapshot?

In the latest ‘snapshot’ build of the game, Mojang have updated the nightmarish horror that is the warden.

Snapshots are updates that are still actively in development, allowing players to get a sneak peek at where the game is going before it hits the wider audience. These are released to the Java version of Minecraft, the original version of the game before it was released on consoles and Microsoft’s specific Windows build, Bedrock.

As such, these updates might never see the light of day in the form they take during the snapshot, as Mojang continues to change things after launch.

What is the Minecraft warden?

This particular snapshot, 22W15A, specifically targets the warden enemy. These horrific monsters can now open their chest to emit a blast of energy at the player, passing through any defences that you might have built.

The warden has already been causing havoc in regular games, prior to the update. They hit hard and can track players through their movement or smell.

To spawn a warden, a player will have to alert them by activating sculk shrieker – an alarm in the ‘dark biome’ areas of the world.

Doing so will cause a warden to rise out of the ground to hound the player until they either lose sight or kill them.

How to get snapshot builds of Minecraft

There’s two ways to install snapshots for Minecraft. In the Minecraft Launcher, you’ll be to chose it straight away with just a click of the drop down list. This is ideal if you just want to jump in with no real regard for save files.

However, if you’ve put time into your game, you’ll want to consider the Minecraft Launcher’s ‘Installations’ tab, where there’s an option to enable snapshots. Click this and make sure to alter the save location of the world you’re going to create in a new folder, since snapshots could potentially corrupt your worlds.

Aside from the new attack for the warden, Mojang have begun making smaller changes to Minecraft.

The changes include things like how mud generates in swamps and ‘wardens can now sniff you from further away’. A wide array of bugs have also been fixed.