Minister refuses to apologise for swearing at Mr Stop Brexit 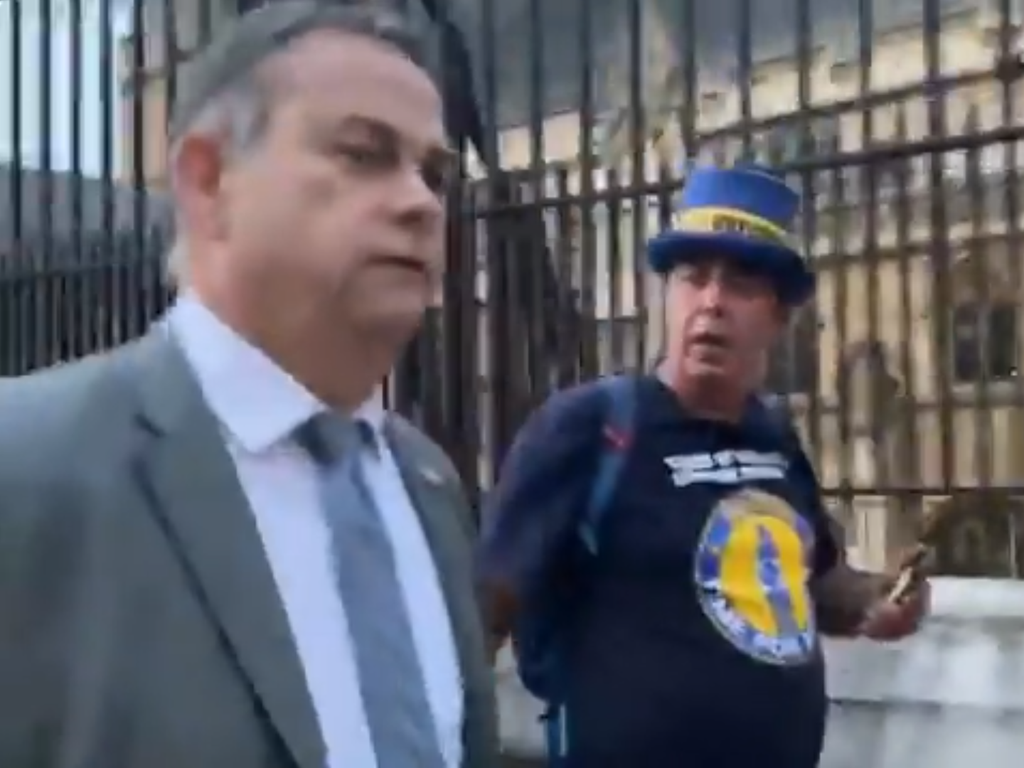 A Conservative minister has refused to apologise for swearing at the “Stop Brexit Man” during an altercation outside parliament.

Nigel Adams, the MP for Selby and Ainsty in North Yorkshire and a junior minister in the Foreign Office, was accosted by Steve Bray, a famous anti-Brexit campaigner, on Wednesday as he left the House of Commons.

When Mr Bray tried to draw Mr Adams into conversation about the new tax announced by the government to fund the NHS and social care, the MP said he “wasn’t interested in talking to an odd bloke with a top hat on chasing me down the street”, a reference to Mr Bray’s eccentric blue and yellow EU-inspired costume.

When the Remainer persisted however, Mr Adams said: “Why don’t you talk to your MP and f**k off?”

A video of the exchange, taken by a supporter of Mr Bray, was posted by the campaigner on Twitter later that day.

But a spokesperson for the MP, who was first elected in 2010, said Mr Adams was unrepentant.

“Mr Bray has spent the last few years harassing, following and hurling abuse at elected Parliamentarians as well as interrupting journalists, preventing some from doing their job of reporting the news and conducting interviews,” they said.

“Mr Adams’ remarks no doubt reflect those of many democratic representatives trying to deliver on the will of the people and others seeking to go about their business who have been harassed or had their work disrupted by this individual and his handful of followers.”

Mr Bray, a 52-year-old coin dealer from Wales, has become famous for his longstanding anti-Brexit one-man-protest in Parliament Square.

Throughout the protracted Brexit Westminster drama from 2016, he continually interrupted TV interviews with politicians by bellowing “Stop Brexit” at the top of his voice and waving larger and larger placards in the background.

In the video with Mr Adams, he reacts with incredulity and outrage after the minister tells him to “f**k off” and of “getting on my nerves”.

“Oh ok, this is a very nice MP,” Mr Bray says, before accusing the MP of having too much to drink. “Yet you can tell me to f**k off in the street?”

Later, Mr Bray denied he harassed MPs and was simply trying to quiz them about their policies and votes in parliament.

“You should be able to ask an MP a question without being told where to go,” he told BBC Radio York.

“This is at Parliament, it’s not as if I’m on his doorstep at his house, this is the seat of power – if you write to these MPs, half of them don’t reply.

“I don’t harass MPs, I ask them questions and I like to think I’m speaking for other people who can’t be there to ask those questions.”

Inside luxury $1,400-a-night ‘postnatal hotel’ in New York that serves as ‘retreat’ for new moms

How to Reach Toward Financial Independence

Elden Ring Studio FromSoftware Is Hiring Devs For New Projects, Miyazaki-San Is Working On His Next Game

Deshaun Watson’s Contract Could Be Delayed a Year, per Report