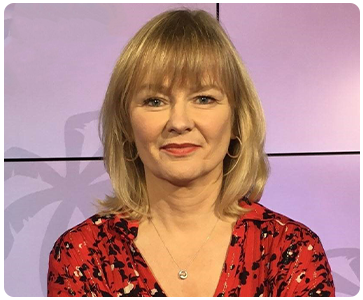 
EXCLUSIVE: An influx of U.S. studios and streamers heading to next week’s Mip TV should mitigate the loss of some of the bigger European distributors, according to Lucy Smith, who runs the annual market.

Delegates from Netflix, Amazon and HBO are heading to Cannes as the streamers push into Europe in a big way and seek content for their growing platforms, with HBO Max Global boss Johannes Larcher set to deliver a keynote, while traditional studios Fox, Sony, Lionsgate, Universal, Warner Bros, Paramount, eOne and A+E will all be there in some form.

While not all will be exhibiting (Warner Bros is set to take its traditional stand but many will only be sending delegations), Smith welcomed the arrival of so many big beasts from across the pond including new divisions to the market such as Fox Alternative Entertainment.

“This adds up to a really strong presence and the U.S. is just so important for the overall market,” Smith told Deadline.

With the February London Screenings now an established part of the annual distribution calendar, the U.S. delegations could mitigate the loss of some of the key European distributors’ stands such as ITV Studios and Banijay Rights, although Smith stressed they will still be in Cannes.

“Some of the major European players have been prioritizing the London Screenings for a few years now so that is no surprise,” she added. “But the Screenings gives an opportunity for buyers to see content and this creates follow-up meetings that can take place at Mip, so there are always opportunities.”

After a difficult two years that have had major ramifications for RX France, the newly-merged company that runs Mip TV, this year’s event is the first for three years to take place in person and will instil a new “business efficient” approach, setting it apart from October’s larger Mipcom event.

Mip TV will be more focused on personal meetings, with a rejigged Palais floor plan, while sister events Mip Doc and Mip Formats have been incorporated into the wider market.

“When we spoke to clients they said they wanted to scale their presence in a different way,” added Smith. “Mipcom is undoubtably the biggest in the calendar and we wanted to offer something alternative with Mip TV.”

That being said, more attendees are expected at Mip TV, around 5,000, than last October’s Mipcom, although the latter had restricted access due to coronavirus.

Some of those attendees will be from Ukraine, with Mip TV carving out a complementary pavilion and Tuesday afternoon session for the Ukrainian delegation, who will be arriving after almost six weeks of war with Russia, a nation that is effectively barred from the market.

“It’s extremely important for our Ukrainian clients to be represented in some way so offering them the pavilion will give give them that space and the panel session will promote content,” continued Smith.

Also speaking at the market are the likes of former Disney exec Kevin Mayer, Sony’s Wayne Garvie and Bad Wolf’s Jane Tranter, big names in the global content market who Smith said will give the panel sessions a “next generation feel.”

And although Mip TV has had to adapt many of its approaches to an online world, there will be nothing like having the great and good of the global TV industry back in one place on the Croisette, Smith added.

“The overwhelming feedback from our clients has been that nothing beats a face-to-face market. That need for the personal side of the business has been missed so much.”