Missouri wants to stop out-of-state abortions. Other states could follow. 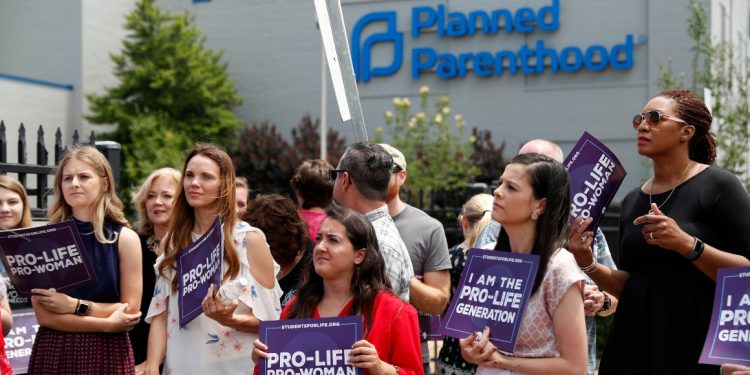 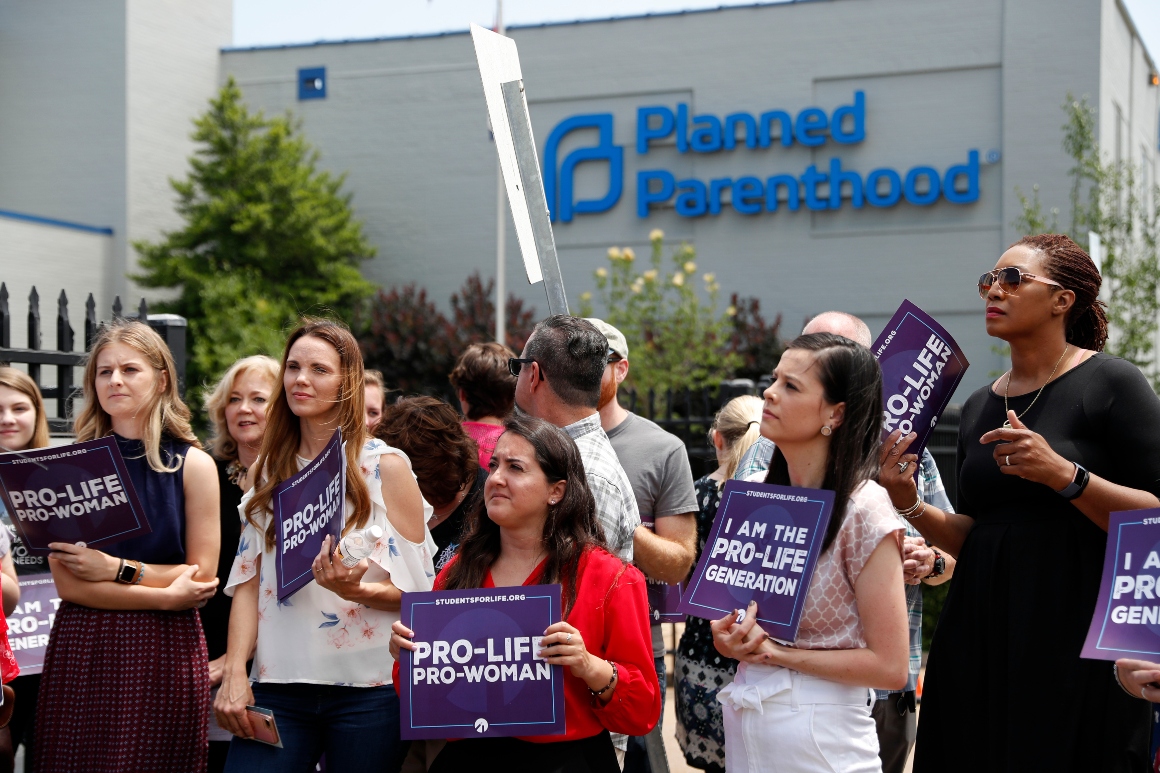 Republican state Rep. Mary Elizabeth Coleman, who is pushing the Missouri policy as an amendment to multiple health bills, said it specifically targets a Planned Parenthood clinic in Illinois just across the river from St. Louis that opened in 2019 with the explicit goal of serving Missouri patients.

“If you believe as I do that every person deserves dignity and respect and protection whether they’re born or unborn, then of course you want to protect your citizens, no matter where they are,” Coleman told POLITICO. “If a Missouri resident is hurt, even in Illinois, by a product that they bought in Illinois, there is still jurisdiction for them to sue in a Missouri court because that’s home for them … and this is extending that same kind of thought to abortion jurisprudence.”

Her effort puts Missouri at the vanguard of a new round of action in state capitals where conservatives are rushing to enact legislation ahead of an anticipated Supreme Court ruling that sharply limits or overturns Roe v. Wade.

The Missouri proposal is on the legislative calendar, meaning it could be voted on any time before the session ends in May. The legislation goes further than most abortion restrictions advancing across the country, and attempts to evade legal challenges by adopting the same private enforcement mechanism as Texas’ six-week abortion ban, which the Supreme Court has allowed to stay in place for the last six months. Both policies allow a judge to award at least $10,000 in damages if the suit is successful.

Legal scholars say the Missouri proposal opens a Pandora’s box that could force courts to contend with questions that date to the Fugitive Slave Act two centuries ago.

“There’s no clear precedent saying that states can’t try to regulate out-of-state conduct if it has some effect in-state or if it [involves] one of their citizens,” said David Cohen, a professor of law at Drexel University’s Kline School of Law and co-author of a forthcoming paper in the Columbia Law Review on impending interstate conflicts in abortion law. “What these laws are doing is saying, ‘We have a different understanding of how America works, and that understanding is that if you live in this state, we control you everywhere you are.’”

Missouri’s move comes as a growing number of people seek abortions outside their home states, and as abortion-rights groups raise money to help low-income patients pay for travel and lodging. That trend, most evident in Texas, is expected to surge if the Supreme Court upholds a Mississippi law prohibiting abortion at 15 weeks. Should that happen, up to half of the states are expected to limit or ban abortion almost immediately, further fraying the current national patchwork of access.

Other states are likely to explore their own version of the Missouri amendment if it becomes law and withstands anticipated legal challenges.

Chelsey Youman, the state director and national legislative adviser for the anti-abortion–rights advocacy group Human Coalition Action in Texas, is working with the same lawmakers who drafted the state’s six-week ban to craft a Missouri-like bill that could be introduced when lawmakers return to Austin next year.

“We’ve had the benefit of seeing for six months now what an almost abortion-free state could look like,” she said. “But we know women are still going out of state, or worse, illegally obtaining medical abortion pills. The Missouri model would essentially close those loopholes.”

According to James Bopp Jr., the general counsel for National Right to Life, there is some legal precedent for such policies: several federal and state laws already prohibit the transportation of minors across state lines for an abortion without parental consent. But Missouri’s attempt to extend that to adults, he noted, is “completely novel.”

Abortion pills — which recently became the most popular method of terminating a pregnancy in the U.S. — are also a target of conservative lawmakers looking to police abortion across state lines.

Several states including Texas have moved to crack down on the practice of prescribing the drugs via telemedicine and sending them by mail to people’s homes. Many others are looking to implement similar bans in the wake of the Biden administration’s move earlier this year to loosen restrictions on the pills. Coleman’s proposal in Missouri also includes such a prohibition.

The anti-abortion-rights activists and elected officials favoring the policies argue they can’t achieve their goal of eliminating all abortion without deterring travel across state lines, and say they are responding to progressive advocates who are raising money to help people terminate a pregnancy in another state.

“You have a very aggressive industry working on helping people circumvent pro-life laws,” said Kristi Hamrick with Students for Life of America, which has chapters lobbying for restrictions in all 50 states. “So the conversation in Missouri and other locations is in direct response to that.”

“It encourages people to spy on and rat out their neighbors and friends and family members,” he said.

The conservative effort has also led legislators in Democrat-controlled states to draft countermeasures aimed at protecting in-state physicians who provide abortions and those who help people cross state lines. These measures also provide legal protections to the pregnant person, though Coleman’s proposal doesn’t allow the patient to be sued.

In California, lawmakers have proposed a suite of bills, including one, which passed out of its first committee on Tuesday, that would protect Californians from the kinds of civil lawsuits contemplated by Missouri.

“We don’t believe that any other states should have the right or ability to reach into our state and enforce a judgment or control the actions of our citizens or physicians,” said Assemblymember Rebecca Bauer-Kahan, the bill’s sponsor.

A bill in Washington state awaiting Democratic Gov. Jay Inslee’s signature aims to legally shield anyone — including out-of-state residents — who has an abortion or helps someone obtain one. And lawmakers in Oregon just approved $15 million in their budget to cover abortion fees, travel and lodging expenses for state residents and travelers alike, and expand the number of abortion providers in the state.

These moves come as many expect a wave of patients from Idaho, which this week became the first state to follow Texas’ lead in passing a ban on abortion after 6 weeks of pregnancy.

Progressive advocates also want the Biden administration to put out guidance explicitly stating that the right to interstate travel is protected by the Constitution, and they want federal health agencies to strengthen HIPAA protections so people’s medical records can’t be seized and used as evidence in a lawsuit.

Abortion-rights supporters stress, however, that even these kinds of state and federal protections would only be a partial solution should more states follow Missouri’s lead.

“Not everyone can fly to California or travel across state lines,” Beck said. “It doesn’t help a whole slew of people in Missouri who need this care: people of color, people who are undocumented, people who are young, people who live in rural areas, people with disabilities.”