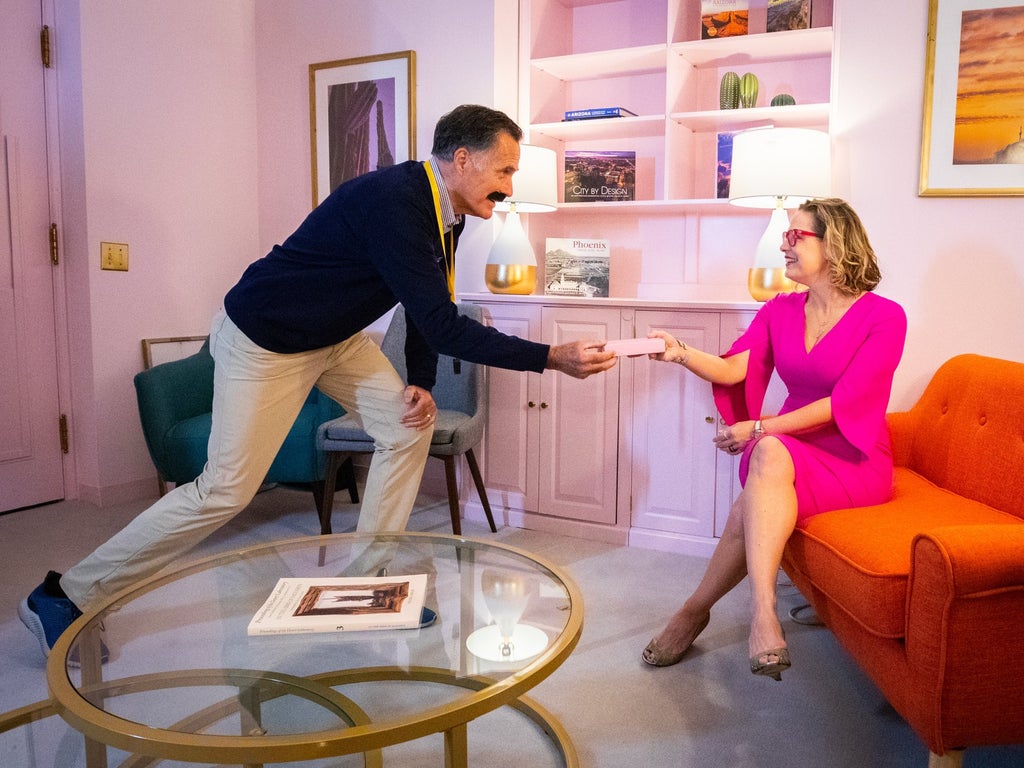 Mr Romney tweeted out a gif on Thursday morning of himself walking out of his office, tapping a sign saying “believe” along with the caption “If you believe in yourself, and have clear eyes and full hearts – you can’t lose”.

In a subsequent post, Mr Romney catches a football while walking through the halls of Congress, tweeting: “Warming up for Halloween weekend with the grandkids. As Ted Lasso says, ‘Your body is like day-old rice. If it ain’t warmed up properly, something real bad could happen.’”

Ms Sinema played the part of AFC Wimbledon owner Rebecca Welton from the hit show in a noon tweet from Mr Romney in which he hands her some biscuits and calls her “the boss”.

Mr Romney boosted Mr Sudeikis’ return to SNL on Saturday and said he would be watching with “a nice, cold carton of chocolate milk”, in a reference to the 2012 sketch.

Workers are losing billions in unpaid super. Check if you’re one of them