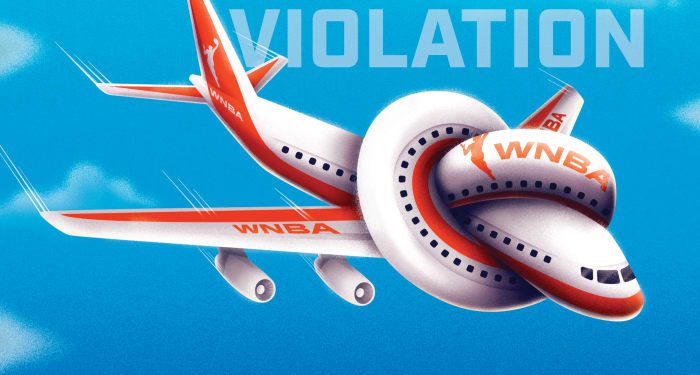 
Good morning, I’m Dan Gartland and I had to scrap what I originally had planned for this newsletter, which is a good thing.

162 games isn’t out of the question

I was fully expecting to open today’s newsletter lamenting the cancellation of MLB games, but by the time I went to bed it was becoming clear that the league and the union might be able to avert disaster. Indeed, after 16 hours of meetings yesterday, the two sides believed they had come close enough to a deal to continue negotiating without canceling games.

Yesterday had been the league-imposed deadline to reach a deal before games would be canceled. After the day’s negotiations, that deadline has been moved to 5 p.m. ET today.

One key issue that has reportedly been resolved is the expansion of the postseason:

In retrospect, yesterday’s outcome was the best fans could have hoped for. A full agreement always seemed unlikely, but the two parties were able to make enough progress that a 162-game schedule again seems possible, or perhaps even likely—even if a 12-team postseason neuters the marathon regular season.

That’s enough about lawyers and labor organizers. Let’s get on to the fun stuff: Ja Morant and his electric game against the Spurs.

The prevailing opinion is that the NBA MVP race is being contested by two men—Joel Embiid and Nikola Jokić—but Morant would like a word. After dropping 46 points in a win on the road against the Bulls on Saturday, Morant followed it up with a season-high 52 points in last night’s win over the Spurs and had the crowd chanting “MVP!”

Morant might not be the conventional pick for most valuable player in the league this season, but he’s got a good case for being the most exciting. Just look at these two plays he made last night:

Morant is having a breakout year. After averaging 19.1 points per game last season, he’s up to 27.6 this season. And he has the Grizzlies soaring. After they finished four games above .500 last year and got bounced from the first round of the playoffs in five games, Memphis is 43–20, good for third place in the Western Conference. Maybe Morant’s MVP case is better than people might think.

The WNBA’s biggest scandal has to do with airplanes. Specifically, the Liberty’s team trip to Napa over Labor Day weekend and charter flights supplied by team’s owners during the second half of the WNBA season. The issue at hand illustrates a larger dichotomy in the WNBA, writes Howard Megdal:

“A quarter-century into its existence, the WNBA features a mix of aggressive new owners eager to signal their optimism for the future and old-school owners who prefer the conservative approach that defined the league’s past. This is happening within a broader landscape of massive investment across women’s sports, really, for the first time in the U.S.

“Born from it is a unique scandal, in which a prominent franchise stands accused of treating its players too well.”

Intentionally or not, Derek Jeter’s stepping down as CEO of the Marlins amid the last-second labor negotiations was a win for the players, Tom Verducci writes. … Jonathan Wilson breaks down the decision by FIFA and UEFA to ban Russia from international soccer competition. … Wild upsets marked men’s college hoops this weekend. Does that mean more teams can contend? … Joel Embiid and James Harden look invincible, according to SI’s Open Floor podcast.

At Cal State Northridge, a Ukrainian tennis player turned to her roommate and doubles partner, a Russian, for support after the invasion began. … The IIHF has suspended Russia and Belarus from international hockey competition. … Art Briles has stepped down as offensive coordinator at Grambling State after the intense blowback over his hire. … The NCAA is making numerous changes to the women’s basketball tournament to make it more like the men’s. … Kyler Murray’s agent released a long statement urging the Cardinals to prioritize a contract extension for his client.

2. Auston Matthews’s stick save on the goal line

Yesterday’s SIQ: Iowa’s Caitlin Clark has now had at least 15 points and five assists in 18 straight games. Who are the only two players in Division I history, men’s and women’s, to match that streak?

Answer: Ja Morant and Trae Young. Clark is running away with the Player of the Year Award. She’s currently leading the nation in points per game (27.5) and assists per game (8.3). She has had five triple doubles this season, the most in a single season of any player in Big Ten history, and became the first player in D-I history to record back-to-back 30-point triple doubles.

The editors of Sports Illustrated took a big swing in commissioning painter Robert Handville to create the cover of the magazine ahead of “The Fight of the Century” (the first Muhammad Ali–Joe Frazier fight)—and it landed. From the shading of the boxers’ skin under the arena lights to the look of determination on Frazier’s face and the classic 1970s floral colors of the background, Handville’s painting is as amazing as any cover a state-of-the-art 21st-century digital camera could produce. (Handville’s art was featured several times on the cover of SI, like this painting of Bears running back Ronnie Bull.)

Handville’s artwork is part of a larger series of paintings inside the magazine depicting famous fights from across history.

“A master of the technique, Handville is able to work with bits of motion picture film and photographs to re-create with accuracy and forcefulness the excitement of moments long passed,” Richard Munro explained in the issue’s publisher’s letter.

While Handville had reference images to reproduce fights of the past, he had to rely on his imagination more in putting Ali in the ring with Frazier. The depiction he landed on reinforces the distinction between the two fighters that Martin Kane draws in the accompanying article: the agile, patient Ali (“The Boxer”) vs. the powerful, punishing Frazier (“The Slugger”). Ali looks light on his feet, ready to react to whatever Frazier throws his way, while Frazier is hunkered down, preparing to hit Ali with everything he’s got. It was the perfect illustration to get people imagining what the March 8, 1971, fight at Madison Square Garden might look like.

Amanda Holden, 51, stands out from the crowd in an all-red ensemble as she heads home from work