Model, 29, reveals the extraordinary results of giving up alcohol for two years

Former Victoria’s Secret model Bridget Malcolm has revealed the extraordinary benefits of giving up alcohol for two years, detailing how going sober has drastically transformed both her physical and mental health.

The 29-year-old spoke out about her decision to go alcohol-free during a Q&A posted to her Instagram Stories on Monday, when many of her followers asked what changes she has experienced since ditching booze two years ago.

‘I’m happier, I’m much more positive, I have way more time in the day, I’m fitter,’ Bridget said, adding that being sober has also enabled her to ‘be healthy’ and ‘eat well’ because the time that she once spent drinking alcohol has now been freed up for more beneficial experiences.

The blonde also noticed other benefits to her appearance, especially her skin, as well as her weight, which used to ‘fluctuate’ but is now ‘steady’ and ‘healthy’. 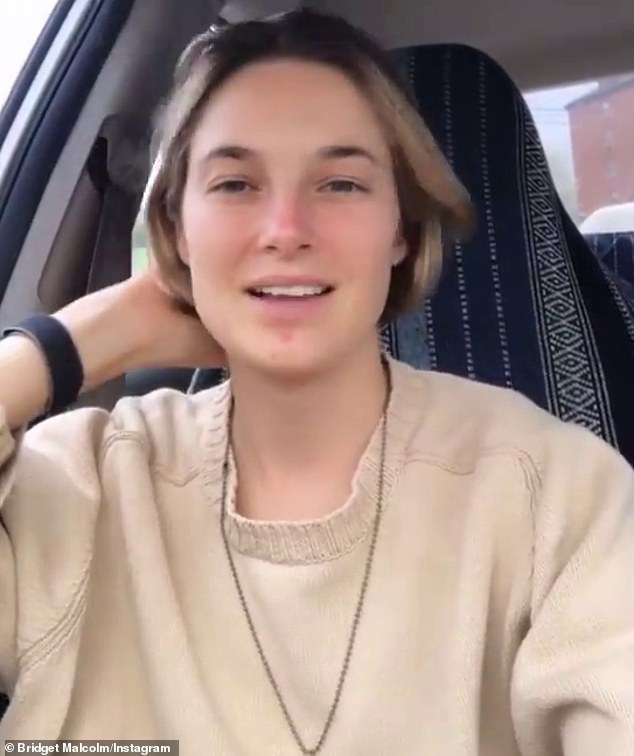 An open book: Former Victoria’s Secret model Bridget Malcolm, 29, invited her fans to ‘ask me anything’ about her sobriety on Instagram Stories on Monday

‘Apart from this giant f**king pimple on my chin, my skin cleared up,’ said the Perth native. ‘My bodyweight stopped [fluctuating; it] stayed very steady.’

As well as the physical benefits, and the changes to her appearance, Bridget also noted that being sober has transformed her mental health and wellbeing, from boosting her concentration to improving her relationships with friends.

What benefits did Bridget Malcolm see from going sober?

‘I sleep well. I concentrate well. I have much more self-confidence. It’s been great,’ she told her 354,000 followers.

‘I have better friendships with my friends and I love people for who they are and not who I want them to be.’

Although Bridget did not label herself as a former ‘alcoholic’, she admitted that she did have a ‘problem’ with alcohol in that she used it as a way of avoiding other issues in her life.

‘I did [have a problem] in the sense that I was using it to not cope with what I needed to cope with in my life,’ she explained.

‘I used it to check out and not show up to what I needed to in my life. That is a problem, and I don’t do that any more.’

Bridget – who has been open about her struggle with eating disorders in the past – added that giving up alcohol helped to improve her relationship with food, because she discovered that she had been using drinking as a means of avoiding dealing with her other issues.

‘I think the food issues and substance abuse issues, it’s all the same issue, it’s just on a spectrum,’ she explained.

‘You try and fill the issue with different coping mechanisms. So when I started to do the work I found that it affected my eating so much.’

She added that she never really felt ‘addicted’ to alcohol or substances – but that she was using them to avoid dealing with the damaging mental impact that her eating disorder had.

Then and now: Bridget (pictured left while struggling with her eating disorder and right recently) said that giving up alcohol helped her to tackle her unhealthy relationship with food 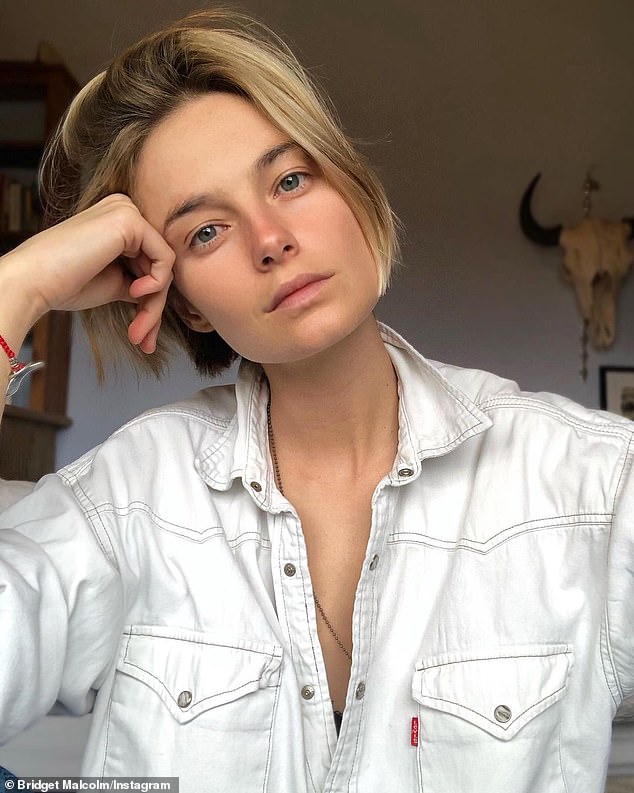 Glow up: ‘I’m happier, I’m much more positive, I have way more time in the day, I’m, like, fitter,’ said the underwear model (pictured in March) 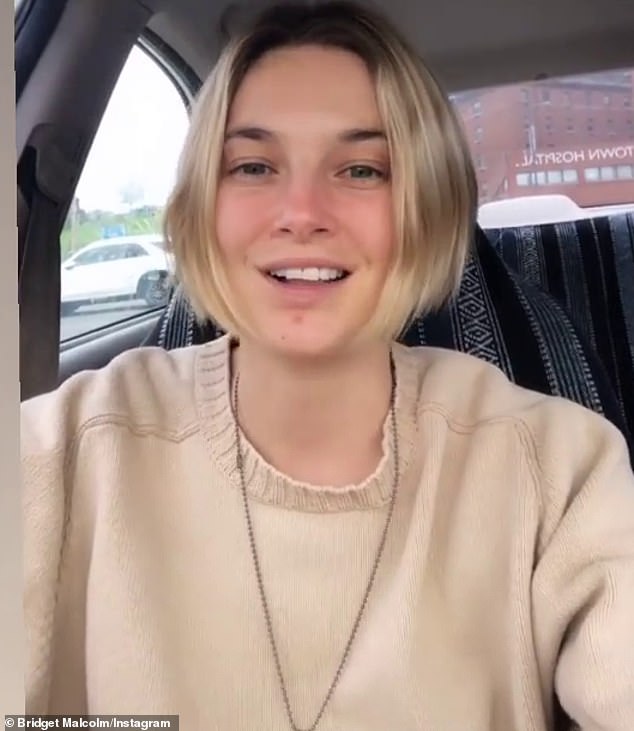 Almost perfect: ‘Apart from this giant f**king pimple on my chin, my skin cleared up,’ said the Perth native

‘The only thing that really has ever felt like an addiction to me was the eating disorder stuff. That felt like I couldn’t stop, I was compulsive with it,’ she said.

‘The substances… when I stopped, I stopped. And it was about unpacking the mental stuff with it, which is different [than overcoming an addiction].’

However, while sobriety helped her to face the issues in her life that she had been avoiding, Bridget admitted that actually doing that work wasn’t always easy, because giving up alcohol forced her to ‘get really f***ing honest with herself’, something that she had often shied away from in the past.

‘The hardest part was learning to get really f***ing honest with myself about why I was choosing to not check in,’ she said.

‘That meant uncovering a lot of parts of me that I’d rather not deal with, but it worked out!’

When asked whether there was a ‘tipping point’ that prompted her to go sober, Bridget recalled that she simply reached a stage in her life when she realized that she was preventing herself from achieving her full potential because she was spending so much time drinking. 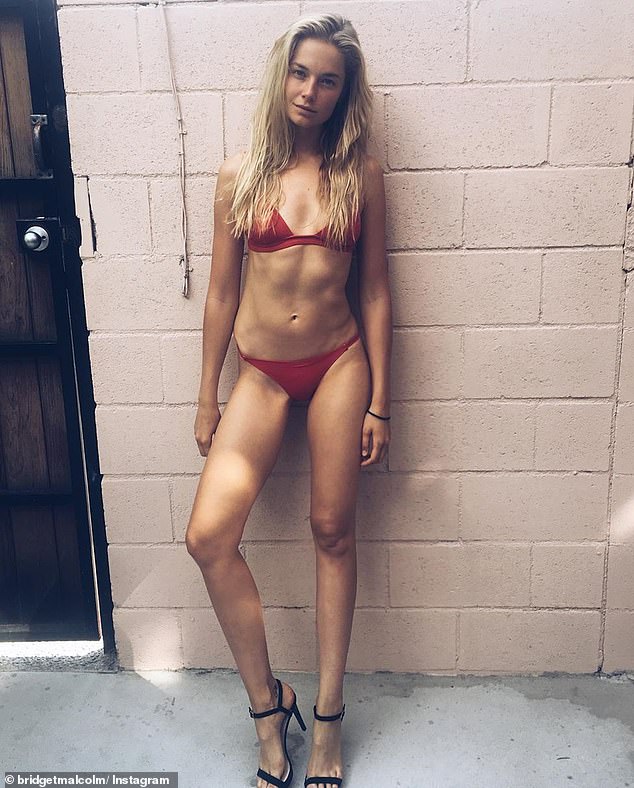 Struggles: In 2019, Bridget opened up about being rejected from a modeling job because she had gained ‘half an inch’ in her body measurements when she went to the casting (pictured) 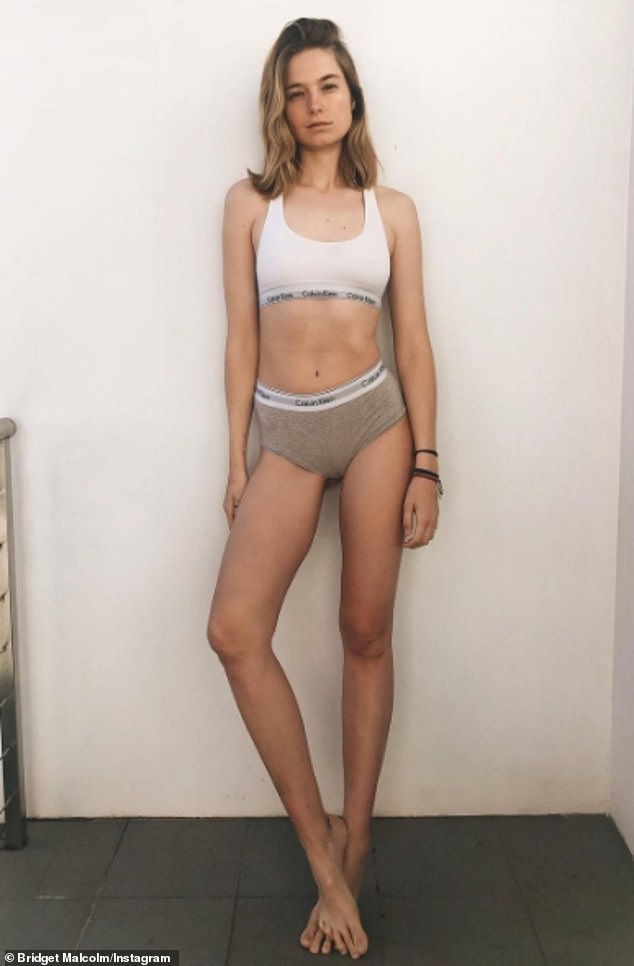 Changes: Now, Bridget (pictured in July 2020, just over a year after giving up alcohol) says she feels healthier and fitter than ever before 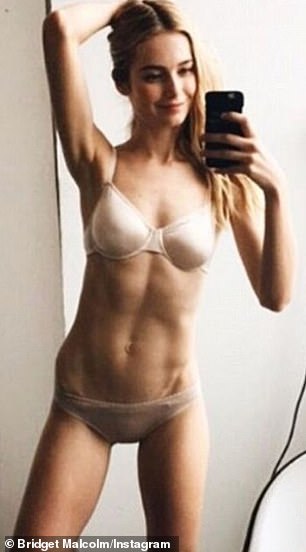 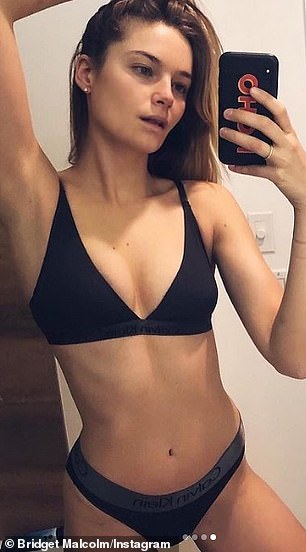 Transformed: The model has been open about her eating disorder struggles in the past, and has shared before (left) and after (right) images of how her body has changed during recovery

‘Honestly I just hit a point where I was like, “What the f**k am I doing? I know that I want to do so much more than I am doing right now,”‘ she said.

‘I was like, “Well, maybe if I take out partying it will be easier for me to achieve my goals.” And it turns out, I was right.’

In 2019, Bridget claimed she was once rejected from a modelling job after gaining weight by ‘half an inch’.

She claimed at the time she, ‘hadn’t had a period in months, and needed to sleep 12 hours a night in order to function.’

‘I have been rewarded with my highest profile clients when my hips were at their smallest (33 inches),’ she wrote.

‘And when I gained half an inch from that, I lost those clients – being told that my body did not look good enough.’

The Scoop on Hyperloop | Technology Org

Why You Should Use Videos In Your Training

Did You Know: Famous artists you might have forgotten performed at Eurovision

Why You Should Use Videos In Your Training