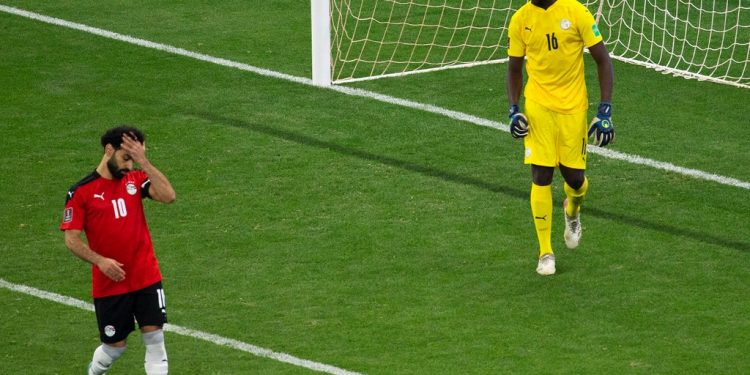 Egypt players including Mohamed Salah were targeted with lasers during their penalty shoot-out defeat by Senegal in Tuesday’s World Cup play-off.

Footage showed green lights visible on players’ faces as they stepped up to take their penalties in the crunch game in Dakar.

The Egypt Football Association posted pictures of the affected players on their Instagram page accompanied by the caption: “It happens to the best.”

In a separate post, the Egypt FA put up pictures apparently showing damage to the team’s bus.

Egypt went into the second leg with a 1-0 advantage, but Hamdi Fathi’s early own goal sent the tie to extra-time, and Senegal secured a repeat of their African Cup of Nations triumph earlier this year.