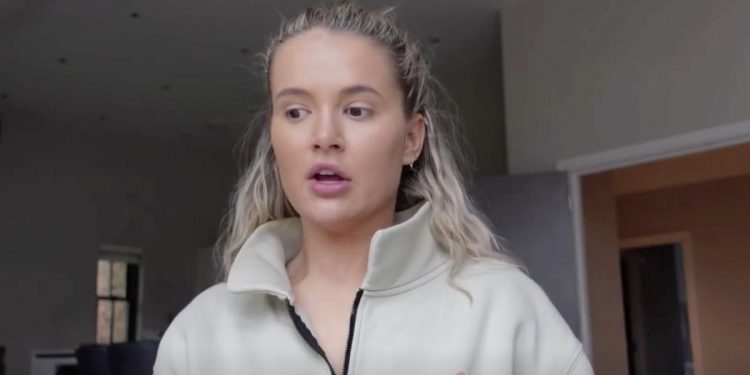 
Molly-Mae Hague has candidly unveiled her surgery scars as she finally let her curious fans in on her endometriosis battle.

The former Love Island star, 22, was diagnosed with the condition last year – and has since undergone a number of surgeries to determine the velocity of her diagnosis.

Since revealing her condition, Molly-Mae has been inundated with questions from fans about her journey – and on Wednesday, the blonde beauty finally decided to share her story.

Molly first took to Instagram on Tuesday to ask her 6 million Instagram followers for their burning questions on her surgeries.

Alongside the Instagram question box, the former reality TV star shared a graphic photo of herself in a hospital bed recovering from her surgery last September.

The black-and-white image saw two incision wounds left on Molly’s stomach, while a cannula is seen in the back of her hand.

The YouTube sensation recently opened up about the unbearable pain she suffered every month when her period arrived in the informational video.

Molly-Mae compared her excruciating period pain to labour cramps as she insisted that she would feel ‘dead’ for a number of days every month.

The much-loved influencer was visibly upset in a recent vlog on YouTube, titled Spend My Period Week With Me, and in the 25-minute video, she discussed the unbearable pain she was in after coming on her period.

Although Molly underwent invasive surgery to try and relieve some of her endometriosis symptoms last year, she became emotional when she told viewers the surgery hadn’t worked, as she was still in huge amounts of pain.

“I literally feel so rubbish today. And the fact that I know my operation hasn’t worked,” she said sadly to the camera as she sat in her car.

“When I come on my period, that is the day for me where it’s not like any other day, I don’t suffer too badly. It’s the day after I come on, the pain is unbearable. Don’t get me wrong, the pain is better than it used to be since I had the operation.

“But it’s another one of the days I have to somehow make it through the day whilst being in so much pain, and be in meetings and stuff, and not show that I’m literally in pain to the point of where I just want to curl up in a ball and just cry,” she shared.

Molly-Mae shot to fame on Love Island 2019 where she fell head over heels for boyfriend Tommy Fury.

The lovebirds have gone from strength-to-strength since meeting on the ITV2 dating show and the pair have recently purchased their ‘forever home’ after a three-year search.