Mom’s Boyfriend Killed Her Son While She Was At Work – So SHE Was Convicted Of Murder! 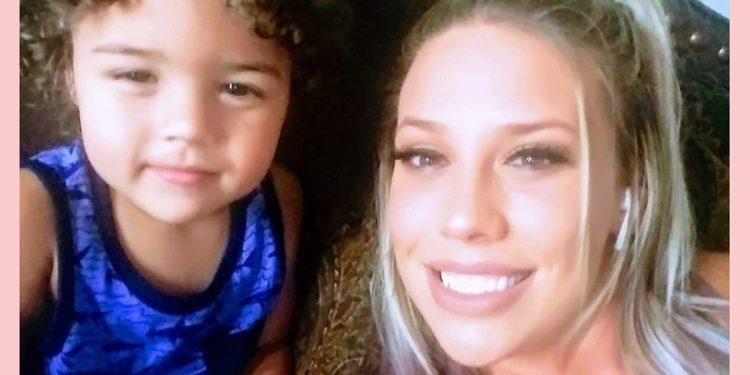 Imagine any parent’s worst nightmare. The person you’re dating has been home watching your child while you’re at work, and you come home to find your child’s lifeless body. Even worse, it was your partner who killed them.

It’s an almost unimaginably horrific scenario. But now add on that YOU get charged for the murder.

That’s what happened to Rebecca Hogue. The Oklahoma native got home from a 12-hour shift as a casino cocktail waitress on New Year’s Day 2020 and went to sleep next to her 2-year-old son Ryder, who was already in bed.

But when she woke the next morning she realized the toddler wasn’t breathing. Her boyfriend, Christopher Trent, had already left for work by the time she woke up. She called 911 and tried to resuscitate Ryder, but it was too late; he was pronounced dead when he arrived at the hospital. The damage was just too severe.

Rebecca was unable to reach Christopher, and it soon became apparent why.

The coroner’s report later revealed the 2-year-old had been the victim of blunt force trauma. Strands of his hair were found embedded in the drywall of their home. Christopher had beaten the child to death.

Naturally police went after the boyfriend, but he couldn’t be found for 4 long days… when his body was discovered in the Wichita Mountains. He was dead by suicide, apparently having gone into the wilderness to end things over the guilt of what he had done. He left a sort-of note — he carved into a tree the words:

But the prosecutors weren’t willing to let the matter rest. They charged Rebecca with first-degree murder. Under Oklahoma’s “failure to protect” laws, the parent of an abuse victim can be charged with the crimes of the abuser — the logic being they had a duty to keep their child out of harm’s way.

In order to convict a parent under these laws, the state has to prove they knew about the abuse and did nothing. Rebecca says she didn’t know her son was being abused, but her internet searches proved she was suspicious. She admitted that two weeks before Ryder’s death she had noticed minor cuts and bruises and looked up warning signs of abuse.

She told investigators she was being cautious but when her boyfriend told her it was just boys roughhousing and that she should expect him to get “nicks and bruises,” she believed him. Per the police report, “she said she fell for it again because he manipulated her.” It’s messed up for a parent to ignore red flags of abuse — but we are talking about a very short amount of time for her to be convinced.

The jury heard all this evidence — and was shown horrific photos of Ryder’s bruised body. What they didn’t hear? The detectives in the case were not allowed to share their professional opinion that they did not think Rebecca was guilty! In a recording obtained by the BBC, Detective Sean Judy can be heard admitting:

“We don’t believe in this charge and there’s a good chance she ends up in prison anyway because of the way the system is.”

OK, wait, even the cops on the case agreed this charge shouldn’t be filed??

That didn’t matter. The jury never heard it. In November the jury convicted her and recommended life in prison with parole eligibility only after 38 years. They took less than 2 hours to deliberate. Even the Oklahoma Department of Corrections voiced their disagreement, recommending instead deferred sentence with no jail time and mandatory counseling.

Ever since the trial, Rebecca has been the focus of controversy over the law, with many calling it a case of the state punishing one of the victims.

Cindene Pezzell, legal director for the National Clearinghouse for the Defense of Battered Women, told the BBC that while the laws were intended to protect children, all they’ve ended up doing is putting mothers in prison, sometimes for 10 years or more. She illustrated:

“It’s hard for people to believe that a mother might not know their child is being abused… but what standard are we holding their mothers to? I’ve seen cases where pediatricians don’t see any signs of abuse, and then the child dies, and the mother is charged with failure to protect.”

According to Oklahoma’s child welfare department, 13% of their child abuse cases are now filed under the “failure to protect” statutes — and according to a report by the ACLU, women are over 13 times more likely to face these charges. Of note, Oklahoma has the highest rate of female incarceration in the entire US.

Well, on Friday Rebecca finally learned what her fate would be. T court sentenced her not to life but to 16 months in prison, three of which she’s already served since her conviction. So she’ll be in prison until March 2023.

What do YOU think, Perezcious parents and paralegals? Is this justice??