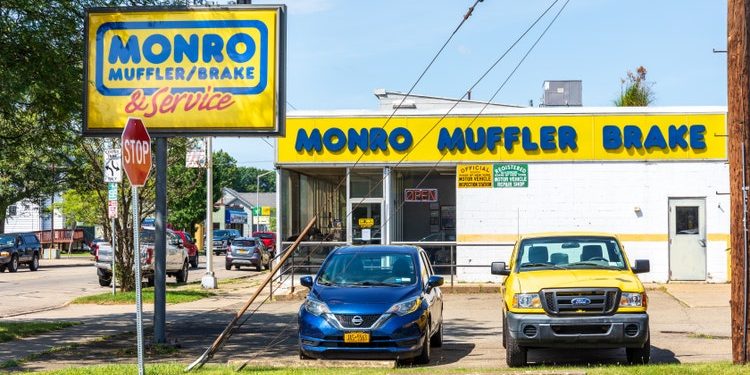 
As the great Benjamin Graham once said, in the short run, the market is a voting machine, but in the long run it is a weighing machine. What this means is that, in short periods of time, the market can act rather irrationally. But at the end of the day, true value goes where it should be. For some companies, the irrationality can last months or even years. But unless there exists an instance of reflexivity, true value will be realized. One company that has performed exceptionally well fundamentally as of late has been Monro (NASDAQ:MNRO). But sadly, the market has only served to push shares down further. Ultimately, I believe this company makes for an attractive ‘buy’ opportunity, but as the past few months have shown, this firm is not for the faint of heart.

To call recent months ‘interesting’ might be something of an understatement. You see, the last time I wrote about Monro was in an article published in November of last year. At that time, I acknowledged that shares were rather lofty relative to similar firms. However, I stated that they were cheap on an absolute basis and that the business was generating strong performance that, in turn, could result in attractive upside for shareholders. Since then, the market has disagreed with me. While the S&P 500 has resulted in a loss of five point 1%, investors buying into Monro are down 20.6%.

At first glance, this might make you think that some horrible fundamental situation occurred. But that has not been the case. Since I last wrote about the company, the firm has reported data covering just one quarter worth of data that was not available when I wrote about it previously. That was the third quarter of the company’s 2022 fiscal year. And performance achieved during that timeframe was undoubtedly positive. For instance, we need only look at revenue to demonstrate this.

During that time frame, sales of the company came in at $341.8 million. That represented an increase of 20.1% over the $284.6 million generated one year earlier. There were a couple of factors driving this growth. One of these was an increase in the number of retail stores the company operates. This number grew to 1,303 from the 1,288 it reported in the second quarter of the year. One year earlier, the company had 1,260 stores in operation. That year-over-year increase added 6.5% to the company’s revenue. In addition to this, the company also saw an increase in comparable-store sales add on 13.8% to its top line. Due to this attractive performance in the quarter, the sales for the company covering the first nine months of its 2022 fiscal year came in at $1.03 billion. That represents a 25.7% rise over the $820.2 million generated in the same period of its 2021 fiscal year.

In addition to posting strong results on its top line, the company also saw attractive performance on the bottom line. According to management, net income for the company totaled $16.3 million in the latest quarter. This was more than double the $6.7 million generated one year earlier. As a result, total profits for the first nine months of that fiscal year came in at $53 million. That’s up from the $22.5 million reported for the first nine months of its 2021 fiscal year. Other profitability metrics followed suit. Operating cash flow did decline in the quarter, dropping from $33.5 million to $24.9 million. But if we adjust for changes in working capital, it would have risen from $28.9 million to $40 million. This brought adjusted operating cash flow for the nine-month window to $125.7 million. That compares to the $86.2 million generated one year earlier. And finally, we also have EBITDA. This grew from $36.1 million in the third quarter of 2021 to $48.9 million during the third quarter of the company’s 2022 fiscal year. The total for this metric was $153.4 million if we look at the first nine months of its 2022 fiscal year. That compares favorably to the $111.3 million achieved one year earlier.

Management has not provided any real guidance for the 2022 fiscal year. But if we annualize results seen so far for that year, then investors should anticipate net profits of around $80.8 million, operating cash flow of around $269.6 million, and EBITDA of around $209.6 million. Using these figures, we can effectively price the company. On a price-to-earnings basis, the multiple for the firm would be 18.8 if we rely on 2022 estimates. This compares to the 44.3 reading we get if we rely on 2021 results. Meanwhile, the price to operating cash flow multiple would be 5.6. That stacks up against the 8.2 we get if we use the 2021 results. And the EV to EBITDA multiple for the company would be 10.1. That compares to the 13.9 reading that we get if we use the data from 2021.

To put the pricing of the company into perspective, I decided to compare it to five similar firms. On a price-to-earnings basis, these companies range from a low of 5.4 to a high of 23. Two of the five companies were cheaper than our prospect. Using the price to operating cash flow approach, the range should be from 2.3 to 15.5. In this scenario, only one company was cheaper than our prospect. And finally, using the EV to EBITDA approach, the range would be from 4.3 to 15.7. In this case, only two firms were cheaper than Monro.

All things considered, I continue to be confused as to the market’s reaction to the company’s undeniably strong performance. Although the decline in price certainly stung, the fundamental performance of the business looks robust and is likely to continue improving over the long haul. Short-term fluctuations are certain to come into play. After all, that’s just the nature of the market. For those who don’t mind riding that volatility, Monro could very well turn out to be a strong prospect.

PlayStation Studios: What will be Sony's next acquisition? Candidates after Kojima update | Gaming | Entertainment