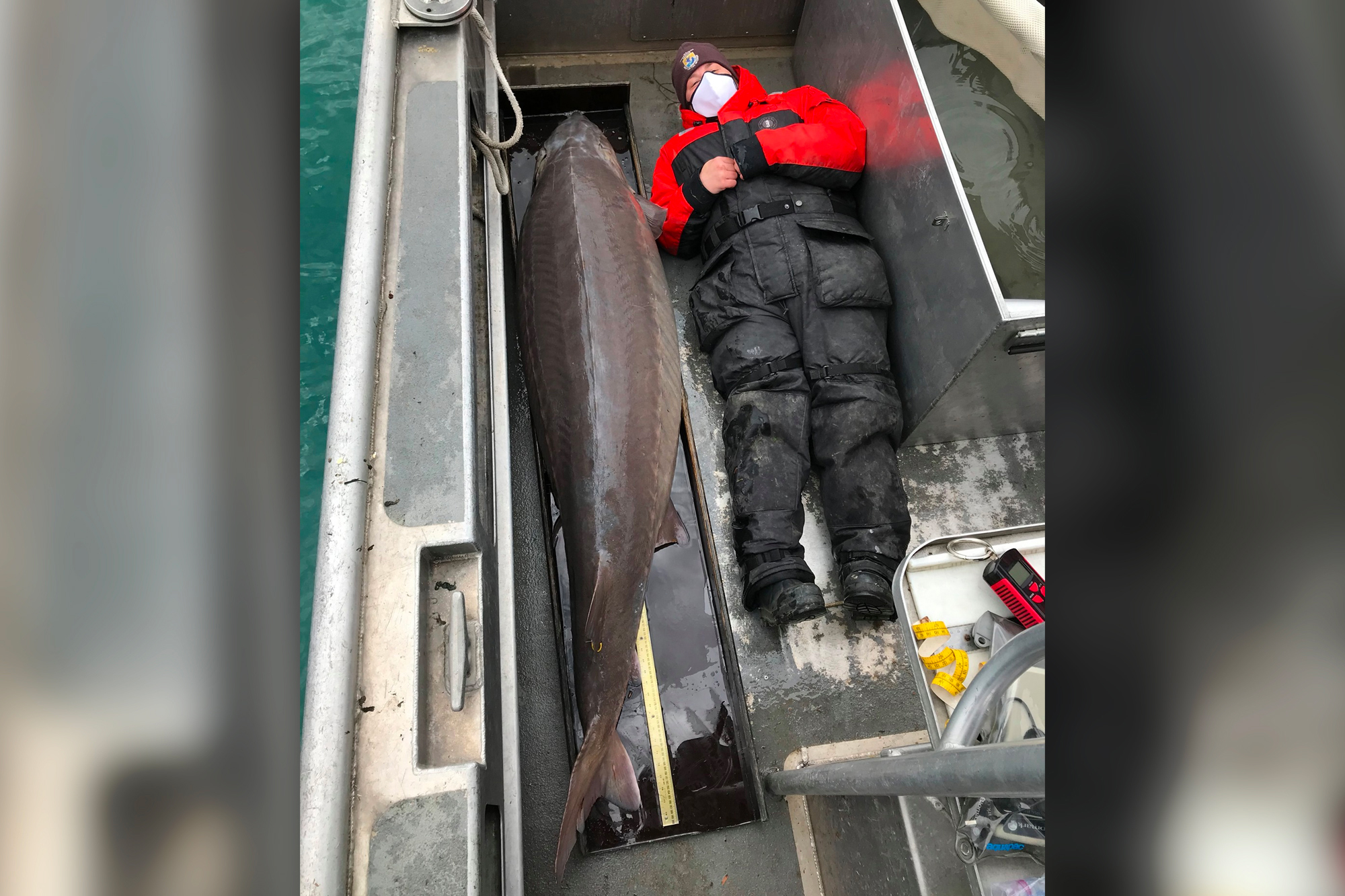 A US Fish and Wildlife Service crew got the shock of their lives when, while on patrol on the Detroit River, they reeled in a nearly 6-foot-10, 240-pound sturgeon, likely over 100 years old.

The fish, believed to be one of the largest ever caught in the United States, was found near Grosse Ile. The crew tagged and released it back into the river.

“We’re trying to protect this fishery,” Justin Chiotti, a US Fish and Wildlife Service biologist told The Detroit Free Press. “Everybody is always catching a huge sturgeon. Everybody catches a 100-pounder. But a fish this size is very, very rare to catch.”

The scientists estimated to the paper that the fish hatched in the Detroit River sometime in the 1920s when Detroit was the fourth-largest city in America. But, they added, that’s a conservative guess. It likely is even older.

Ban the burger! Ways to raise your barbecue game | Food

Here Is Your First Look At Rambo And John McClane In Call Of Duty: Black Ops Cold War & Warzone

Kailyn Lowry Slams Troll: I Am NOT a Lazy Fat Girl!