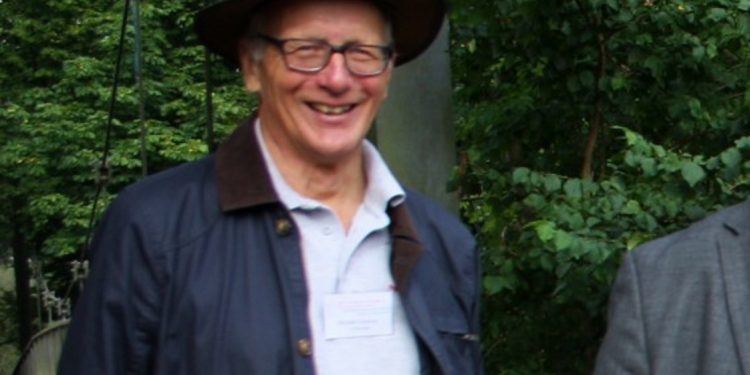 ORGANISERS of the Restore the Montgomery Canal appeal have admitted their delight with the response to the appeal from supporters across the country, from Edinburgh to Southampton.

TV stars and canal afficionados Timothy West and Prunella Scales helped launch the appeal for final funds to complete the Schoolhouse Bridge, the last highway blockage in Shropshire, due to be rebuilt this year but affected by the sharply rising cost of construction materials.

The appeal is also being boosted by a supporter matching every £1 raised and in just a few short weeks, the appeal has received many donations, some of £1,000 and many of £100 or more, which with Gift Aid and the matching £1 bring the total raised already to more than £25,000.

Michael Limbrey, chairman of the group said that a further addition to the appeal fund has come from a £10,000 legacy from a late member of the Friends of the Montgomery Canal and thanked all those who helped.

“Our team of volunteers has worked for five years for the reconstruction of Schoolhouse Bridge, one of the main obstructions to restoration of the derelict section of the canal to the Welsh border at Llanymynech,” said Mr Limbrey.

“We now have the formal consents for the project and are finding that there is real inflation in the cost of materials: contributions to the appeal fund will help us meet those extra costs.

“We are absolutely delighted with the extent that people all over the country have responded to our appeal.

“We are now working to put in place the final arrangements to rebuild Schoolhouse Bridge and to fix a starting date.

“In just a few months we have to close the road, excavate the embankment blocking the canal, build the new bridge and reopen the road.”

Mr Limbrey added there are also discussions continuing with consultants, engineers and Shropshire Council about the restoration of the final two miles from the bridge to Llanymynech.

He said: “This will match what is going on across the border in Powys where a programme of restoration is being planned under recently announced government grants; we hope that work will get under way later in the year.

“This year too volunteers of the Shropshire Union Canal Society are working to finish their lottery-supported extension of the navigable section north of Crickheath.”

Donations can be made through the Local Giving page for the Restore the Montgomery Canal appeal www.localgiving.org/charity/restorethemontgomerycanal.