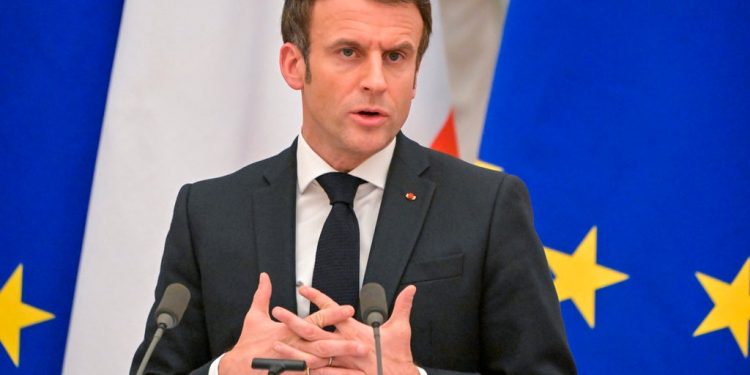 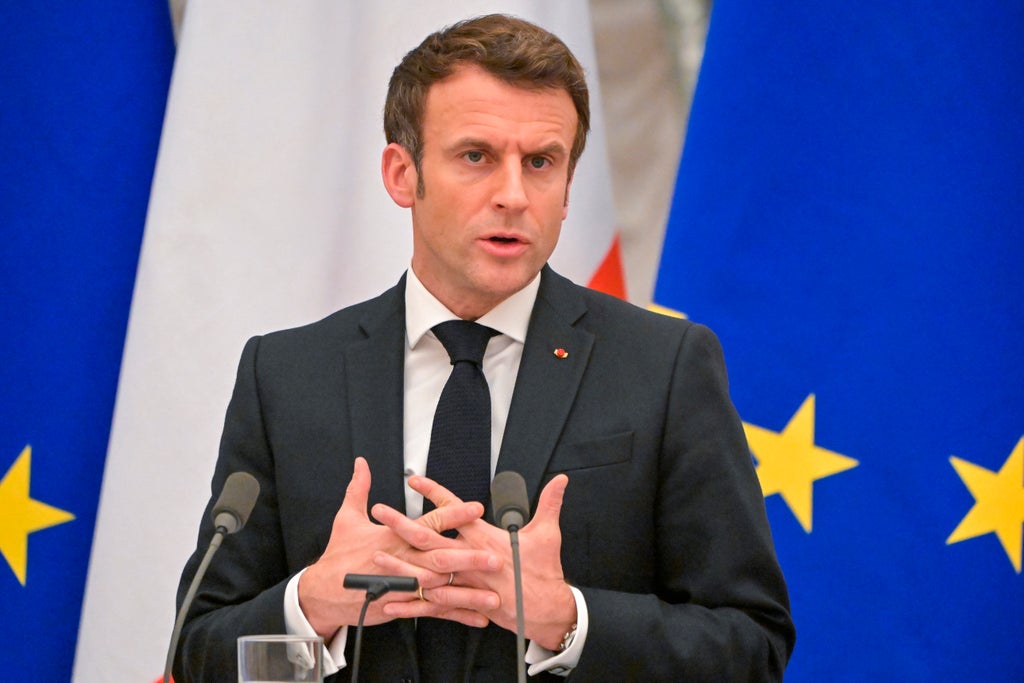 Diplomatic efforts to defuse the tensions around Ukraine continued on Tuesday with French President Emmanuel Macron expected in Kyiv the day after hours of talks with the Russian leader in Moscow yielded no apparent breakthroughs.

Macron is set to meet with Ukrainian President Volodymyr Zelenskyy as fears of a possible Russian invasion mount. Moscow has massed over 100,000 troops near Ukraine’s borders, but insists it has no plans to attack Ukraine. The Kremlin has demanded guarantees from the West that NATO will not accept Ukraine and other former Soviet nations as members, halt weapon deployments there and roll back its forces from Eastern Europe — demands the U.S. and NATO reject as nonstarters.

Western leaders in recent weeks have engaged in high-level diplomacy in the hope of de-escalating the tensions and preventing an attack.

Macron sat down with Russian President Vladimir Putin on Monday for talks that lasted more than five hours. After the long meeting, the two leaders emphasized the need for more talks, while also registering their disagreements.

Putin noted that the U.S. and NATO have ignored Moscow’s demands, but signaled his readiness to continue the negotiations.

He also warned that Ukraine’s accession to NATO could trigger a war between Russia and the alliance. “If Ukraine becomes a NATO member and moves to reclaim Crimea, European countries will automatically be drawn into a military conflict with Russia,” Putin said, noting that “there will be no winners.”

Macron said he had a “substantial, deep” discussion with Putin, with a focus on conditions that could help de-escalation.

“We tried to build converging elements,” he said. “The upcoming days will be crucial and deep discussions together will be needed.” He added that it’s Europe’s duty to find a solution to try to rebuild good-neighborly ties with Russia.

Biden vowed that the Nord Stream 2 Russia-to-Germany gas pipeline, which has been completed but is not yet operating, will be blocked “if Russia invades, that means tanks and troops crossing the border of Ukraine again.” The move would hurt Russia economically but also cause supply problems for Germany.

Scholz warned Moscow that “a lot more could happen than they’ve perhaps calculated with themselves” in case of an invasion.

U.S. officials have painted the threat of an offensive on Ukraine as imminent — warnings Moscow has scoffed at, accusing Washington of fueling the tensions around Ukraine.

Russia and Ukraine have been locked in a bitter tug-of-war since 2014, when, following the ouster of Ukraine’s Kremlin-friendly president, Moscow annexed Crimea and threw its weight behind a separatist insurgency in the east of the country. The fighting between Russia-backed rebels and Ukrainian forces in the east has since killed over 14,000 people.

France and Germany in 2015 helped broker a peace deal, known as the Minsk agreements, that ended large-scale hostilities in the region but failed to bring about a political settlement of the conflict. The Kremlin has repeatedly accused Kyiv of sabotaging implementation of the agreements, and Ukrainian officials in recent weeks said that implementing them would be detrimental for the country.

After his meeting with Macron on Monday, Putin said without elaboration that some of the French president’s proposals could serve as a basis for a settlement of the conflict in eastern Ukraine, adding that they agreed to have a call after Macron’s visit to Kyiv Tuesday.