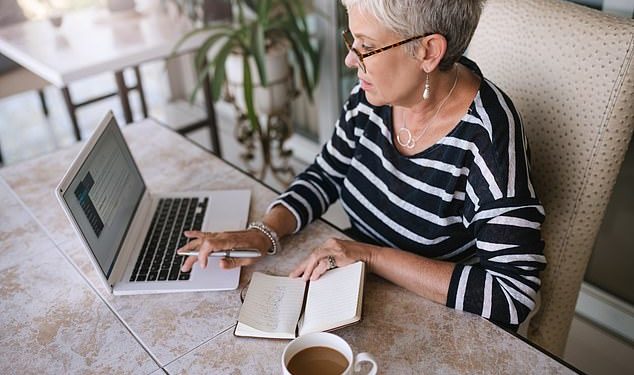 
Two in three people hitting retirement age this year are not planning to give up work completely, according to new findings from abrdn.

A new ‘flexi-retirement’ trend is emerging with more retirees deciding to work part-time or in the gig economy, the research by the group previously known as Standard Life Aberdeen claims.

Only a quarter of this year’s retirees feel ‘very confident’ they have saved enough to fund their retirement, while one in five look set to use the state pension as their primary source of income as they get older, even though it won’t keep up with rocketing inflation. 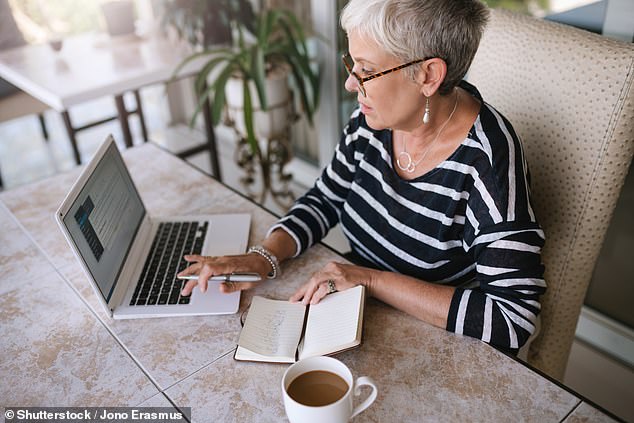 Working hard: Sixty-six per cent of people retiring this year are not planning to give up work completely, adrdn says

One in five of this year’s class of retirees have less than £100,000 in their pension pot, while the average pot comes in at around £385,000, the findings suggest.

More than a quarter of people said they do not know how to mitigate the impact of inflation on their retirement income.

The findings suggest that this year’s retirees typically have, outside of their pension pot, £293,000 worth of savings and investments, but over a quarter have less than £100,000 stashed away.

For a 30-year retirement period, people need a least £46,830 worth of income on top of the state pension in order to fund a ‘minimum’, or fairly basic retirement, abrdn research suggests.

This ‘covers all your needs, with some left over for fun’, the report claims.

How much money is needed above the State Pension to fund your retirement?

But, for a ‘comfortable’ retirement, the figures suggest people need £727,830 worth of income over a 30-year period on top of the state pension.

Each year, this means retirees would need £24,261 of income on top of the state pension.

A retirement in this category would enable ‘more financial freedom and some luxuries’, according to the research.

Those aiming for a ‘moderate’ retirement with ‘more financial security and flexibility’ than a ‘minimum’ plan enables, will need around £11,461 a year in income on top of the state pension, and £343,830 for a 30-year period.

When it comes to continuing working after retiring, 24 per cent of this year’s retirees said they plan to continue working part-time for an existing or new employer.

The main reasons cited for ‘flexi-retirement’ include needing the income, at 31 per cent, and wanting to keep busy, at 32 per cent.

While the proportion of this year’s retirees who plan to carry on doing some sort of work is 66 per cent, in 2021 the figure was 56 per cent and back in 2020 the proportion was just 34 per cent.

Colin Dyer, client director at abrdn financial planning, said: ‘Gone are the days when everyone had a set date or a set age from which they’ll never work again.

‘The emerging trend for ‘flexi-retirement’ for financial reasons, or just to keep busy, is here to stay. The Class of 2022 are challenging the norms and doing what works for them.

‘Hearing why retirees are choosing to work really underlines the importance of taking a holistic approach to retirement and how sensitive plans can be to external issues, such as the surge in the cost of living or the pandemic.’

He added: ‘Working in retirement can have wider financial implications, all of which need to be planned for. This can seem complicated, but that’s where preparation and speaking to an expert can help.’

Why we’re working in retirement 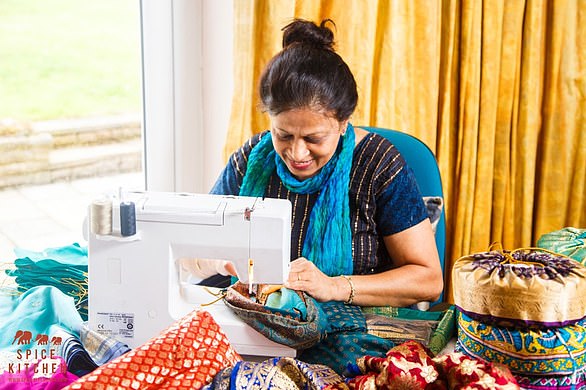 Working in retirement: Talented Shashi is the founder of Spice Kitchen

Shashi, 71, from Birmingham, is the founder of Spice Kitchen, which she set up in retirement.

She said: ‘After running a local hardware store with my husband for several decades, I made the decision to retire back in 2004.

‘However, regularly longing for something to fill my time, it wasn’t until Christmas 2012 when my son Sanjay suggested I put my love of food and knowledge of spice to use and start selling traditional Indian Spice Tins.

‘We created a tin that day, took a photograph and listed it on eBay and to our complete surprise, it sold the next day. Our little family business was born.

‘The business was always supposed to be a retirement hobby and never really about making money – but it has turned into a real success.

‘I love being busy, and knowing that in my seventh decade I am still growing and learning all the time.

‘It has kept my mind active and I am really grateful for that. In terms of would I recommend working in retirement to others, I would say yes. As long as you feel well and have enough energy, then why not?

‘It’s a great way to stay active and still feel a sense of growth and development at a time when most people aren’t expecting that out of their lives.’

Deborah, 63, is another example of someone working during their retirement.

She is a retired financial services relationship manager who now volunteers at Citizens Advice Bureau and FareShare.

Deborah says: ‘When I was in full-time work, I used to keep telling myself that retirement was 12 to 18 months away.

‘However, after the pandemic hit, my job moved from being in the office to being permanently home-based, which just didn’t suit me at all.

‘So, when my company extended redundancy packages in my division, I jumped at the chance to retire, finally doing so in December 2020 at the age of 62.

‘I knew that I wanted my retirement to include some sort of work, as I’m a person who thrives on structure. In January 2021, I began volunteering one day a week for the Citizens’ Advice Bureau – a perfect way for me to continue using the skills and knowledge I built up through a career in financial services.

‘I also now volunteer one day a week at the food distribution charity FareShare.’