More than 535 arrested, over 300 yet to be identified in Capitol riots case, says DoJ 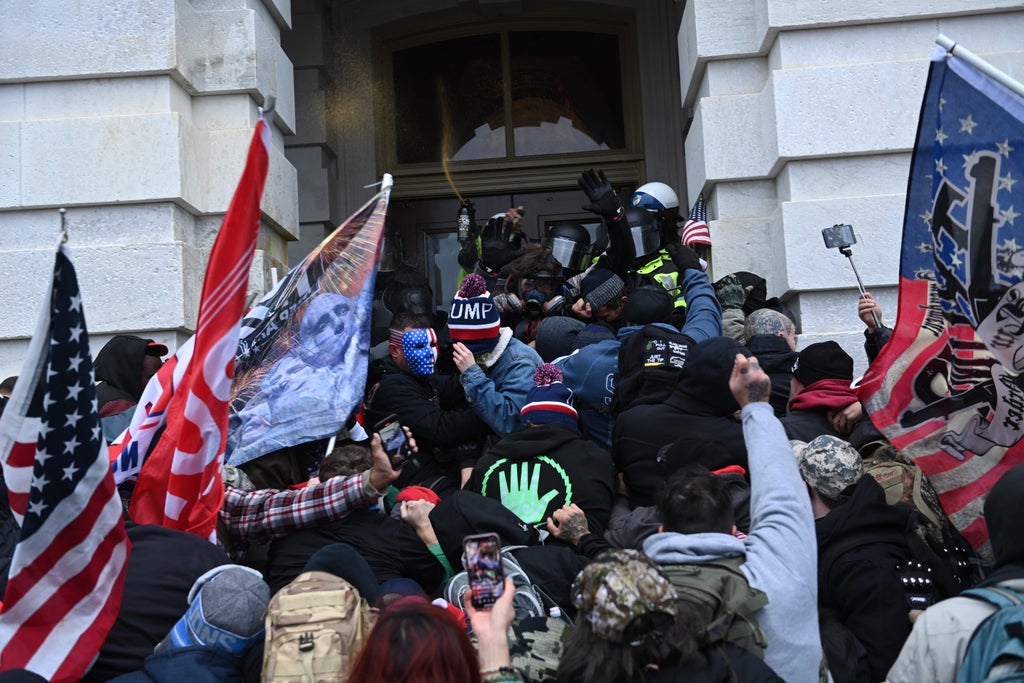 Six months after the deadly Capitol riot, more than 535 people have been arrested for participating in the event, and another 300 are still being hunted by the FBI.

CBS News reports that more than 200 of the remaining 300 the FBI is searching for are believed to have assaulted Capitol police during the insurrection.

Last month, FBI Director Christopher Wray said the investigation was “far from over”, with prosecutors describing the case as “likely the most complex investigation ever prosecuted by the Department of Justice”.

Thus far, only 18 of the 535 defendants that have been arrested have pleaded guilty to the charges brought against them. At least 201 of the defendants were indicted by grand juries, according to an analysis by CBS News.

In addition to the charges being brought against the participants in the Capitol riot, investigators are trying to build a conspiracy case against groups that planned to incite the riot, including extremist right-wing gangs like the Proud Boys and the Oath Keepers.

Thus far, three Oath Keepers have taken deals to cooperate with the investigation.

More than 50 people have charged with using a deadly or dangerous weapon or for causing seriously bodily injury to an officer.

According to CBS News, more than 150 officers were injured during the insurrection, according to sources from the Capitol Police union and Metropolitan Police Chief Robert Contee.

In addition to those who assaulted officers, six people have been arrested on charges that they assaulted media members or destroyed their equipment during the attack.

The defendants also include dozens of former military members. There are thus far 56 defendants with military backgrounds, one of which is an active duty service member. Four are current but part-time military members of the army reserve of national guard, and 50 are veterans.

The FBI is still seeking hundreds of defendants, and has received more than 270,000 digital media tips since the investigation began.