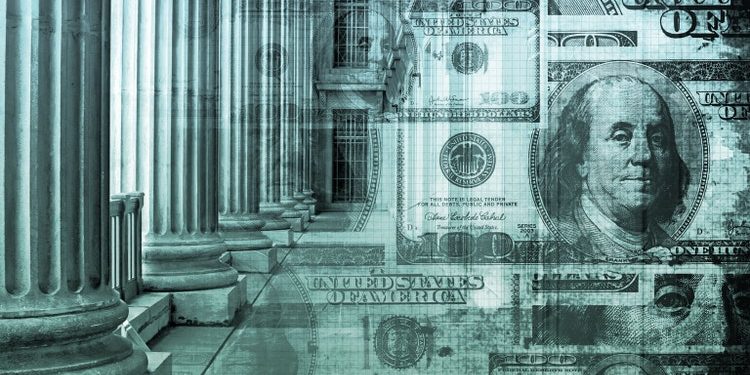 Both Morgan Stanley (NYSE:MS) and Goldman Sachs (NYSE:GS) reported earnings on 04/14/2022 before market open. Before diving into their specifics, it’s helpful to first take a 30,000 feet view of the overall market and the financial sectors as shown by our market dashboard below so we can better anchor the detailed discussions. Details of the dashboard are explained in our earlier article and feel free to download or export the google-sheet via this link: Market Sector Dashboard.

Under the backdrop, the thesis of this article is that:

Finally, note that the remainder of this article is based on the price information before market open on 4/14. And the prices may have changed a bit when you are reading it.

As aforementioned, the market has been expecting a pullback in both revenues and earnings this quarter for both banks, as reflected in their prices below. The prices of MS and GS have declined by about 15% and 13%, respectively YTD, in anticipation of the pullback.

The earnings release this a.m. confirmed such expectations. For MS, both top line and bottom line were lower than in the same quarter last year. Morgan Stanley Reports Net Revenues of $14.8 billion, EPS of $2.02, and ROTCE of 19.8%. The net revenue was lower than one year ago by about 6% and EPS by about 8%, from a combination of revenue decrease and an increase in expenses. On the expense front, the efficiency ratio increased to 69%, 2% above last year’s level in the same quarter, despite the firm’s efforts to maintain expense discipline. In particular, investment banking revenues were down 37% from a year ago given the record set a year earlier.

Although I won’t worry too much about the pullbacks besides the tough comp, for a few additional reasons.

First, the profitability is still very healthy. The firm delivered an ROE (return on equity) of 14.7% during this quarter, a bit lower than last year, but still significantly above its historical average and also the sector average. And ROTCE (return on tangible equity) was 19.8% as you can see from the chart above, quite an impressive level in a volatile and uncertain market environment.

Secondly, MS has further diversified its revenue streams through its recent acquisitions of E*TRADE and Eaton Vance. As the integration of these acquisitions progresses, the augmented diversification will help MS to better growth despite the Fed plan of further monetary tightening in the coming quarters. As the Chairman and Chief Executive Officer, James Gorman, commented,

The E*TRADE integration continues to go very well, and given the current path we are on, a significant portion of the integration will be done by the end of this year. By the end of 2022, we expect to no longer separate our integration expenses.

Similarly, GS also reported a lower topline and bottom line for 1Q22 compared to the same quarter a year ago given the tough comparison set in 1Q21. Net revenues were 27% lower compared with the record set a year ago. Especially, the revenues from investment banking decreased by 36% YoY. The net revenues in Asset Management also decreased substantially. However, given the smaller role of the Asset Management segment, its absolute impact is much smaller.

For reasons similar to MS, I’m not too concerned about the pullback. The pullback is largely a result of the tough comparison set up by the record quarter last year. Furthermore:

Now on to valuation. As mentioned earlier, both MS and GS are attractively valued both in relative (e.g., relative to the financial sector and the overall market) and absolute terms (e.g., PE and Price to book ratios).

Another effective way to evaluate their valuations is by their dividend yield, and an effective way to evaluate their relative valuations is by their dividend yields either relative to each other or relative to the risk-free rates. Details of these concepts and approaches have been provided in our earlier article. Dividends yields and yield spread are what we first check before making any investment decisions. We’ve fortunately had very good success with this approach because of:

With this background, you will see below that when adjusted for interest rates, their current valuations also are at an attractive level.

Let’s examine MS first. The following chart shows the yield spread between MS and the 10-year treasury. The dividend yield is calculated based on the TTM dividends. As can be seen, the spread is bounded and tractable most of the time. The spread has been in the range between about 1.0% and negative 1.5% the majority of the time during the past decade. Such a tractable YS suggests that when the spread is near or above 1.0%, MS is significantly undervalued relative to the 10-year Treasury bond (i.e., I would sell Treasury bonds and buy MS). In another word, sellers of MS are willing to sell it (essentially an equity bond with growth built-in) to me at a yield that is 1% above the risk-free yield. So it’s a good bargain for me. And vice versa.

Similarly, you can see that the yield spread between GS and the risk-free Treasury rates is also bounded and tractable, with some small differences in their exact numerical values. The spread has been in the range between about 0.25% and negative -2.0% the majority of the time during the past decade.

You can see the screaming signal in 2020 when the yield spreads surged to ~2%+ level – and this is why this dashboard is the first thing we look at when we make our investment decisions.

As of this writing, the spreads for both stocks are closer to the thicker end of their historical average, signaling attractive valuations relative to the risk-free rates.

For readers familiar with our analyses, you know that the short-term returns are closely correlated with the yield spread for many of the funds and stocks (after all, risk-free rates indeed act as the gravity of financial activities). And as you can see from the charts below, it’s also true for both MS and GS. The first chart shows the one-year total return on MS (including price appreciation and dividend) when the purchase was made under different yield spreads. There’s a clear positive trend and a Pearson correlation coefficient of 0.7.

Again, the screaming buying opportunities in 2020 are shown by the few data points on the far-right side of the charts. And you see the outsized return in the next 1 year (more than 100%). In general, also shown in the yellow box, when the yield spread is above 1%, the total returns in the next two years have been all positive and quite large (almost all above 25%).

As of this writing, on an FW basis, the yield spread is about 0.7% for MS and about -0.2% for GS, respectively. And again, both are closer to the thicker end of their historical spectrum.

There are a few risks common to both stocks:

The earnings releases from MS and GS this a.m. largely confirmed the market expectation of the retreat of their revenues and profits from a year ago. With the Fed’s monetary tightening ahead, there are certainly reasons to be cautious. It’s reasonable to expect lower investment banking activity across the board and lower asset and wealth management revenues.

However, this article presents a bullish thesis on both MS and GS based on the following considerations: