Mortgage approvals up 40% on long-term average

By Helen Crane For This Is Money

The pandemic property boom has driven mortgage approvals up nearly 40 per cent on the 10-year average, according to official data.

A total of 87,700 mortgages for new house purchases were approved in February, compared to an average of 63,500 over the past 10 years, according to Bank of England figures.

However, the snapshot was taken at a time when home buyers believed they were unlikely to benefit from the Government’s stamp duty holiday, which could save them up to £15,000 on their property purchase. 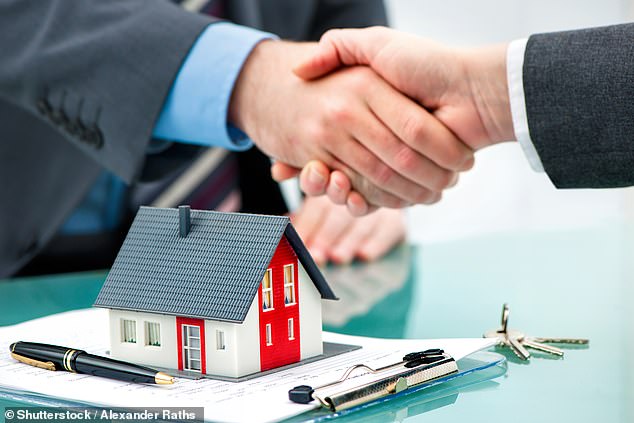 Home loan: The number of mortgages approved for new homes was nearly 40% more than the ten-year average in February 2021, according to data from the Bank of England

The tax holiday, which eliminates stamp duty on the portion of a house purchase under £500,000, was initially set to end on 31 March.

It will continue in its current form until the end of June, and then with a lower nil rate band of £250,000 until the end of September which is likely to mean mortgage approvals tick higher again in the coming months.

February is also often a notoriously slow month for approvals, with interest usually picking up in Easter – while it is also the shortest month of the year.

Jeremy Leaf, north London estate agent, said: ‘The dip in approvals occurred as many thought that benefiting from the stamp duty concession would be impossible in view of the backlog.

‘However, since the deadline was extended and vaccination rollout has taken off, the market has gained new impetus and more balance as sellers in particular are not as fearful of welcoming visitors to their homes.’

On the rise: Mortgage approvals dipped dramatically during the first national lockdown in summer 2020, but have now reached highs not seen for more than a decade

People borrowed a net total of £6.2billion secured against their homes in February 2021, the highest since March 2016.

The average rate of a new mortgage has also edged up slightly to 1.91 per cent. Rates have been gradually increasing since they hit a low of 1.72 per cent in August 2020.

‘Property portals and estate agents are likely to be very busy this Easter weekend.’

Looking further ahead, first-time buyers will also be spurred on by the Government’s announcement of a mortgage guarantee scheme which will allow them to borrow 95 per cent of a property’s value.

Several major lenders will begin to offer this in April, but others have jumped the gun and launched their own five per cent deposit mortgages independent of the Government scheme.

Mark Harris, chief executive of mortgage broker SPF Private Clients, said: ‘Mortgage rates remain low and with the government introducing a guarantee scheme on high loan-to-values, there will be more choice for first-time buyers, the lifeblood of the market.

‘With several lenders including Skipton, Yorkshire Building Society and TSB already launching 95 per cent deals, and others expected to follow suit in coming weeks, rates could also potentially fall, which is further good news for borrowers.’

Katey Sagal is ‘Rebel’ with a cause in new ABC series

Katey Sagal is 'Rebel' with a cause in new ABC series