Most of us probably won’t need a booster jab in September, writes VIVIENNE PARRY

I hate to say it, but I was right. Back in December, as we began jabbing our way out of this pandemic, I argued it was vital that all care workers were vaccinated, or face being removed from their jobs.

Having sat on advisory board the Joint Committee for Vaccination and Immunisation (JCVI) during the swine flu pandemic, I knew it would be an essential step. Covid had already killed thousands in hospitals and care homes, and many of these people would have been inadvertently infected by staff – particularly those travelling between facilities.

My argument didn’t make me popular. One person, on Twitter, even threatened to inject me with ‘deadly poison’ to see how I liked it. But the law for care workers was passed in June, and will come into effect in the autumn. Not a moment too soon, in my opinion.

Then, in January, I called out veteran broadcaster Joan Bakewell who was threatening to take the Government to court over changing the gap between jabs from three weeks to three months. She thought it was discriminatory. She’d been promised her jab in short order, and wasn’t happy.

But, as I explained, it was a crucial in order to get as many people as possible jabbed, as quickly as possible. And quite apart from this, it was better to wait longer.

Immunity builds with time. Biologically speaking, it doesn’t just fall off a cliff after a few weeks.

It was absolutely the right decision to delay. 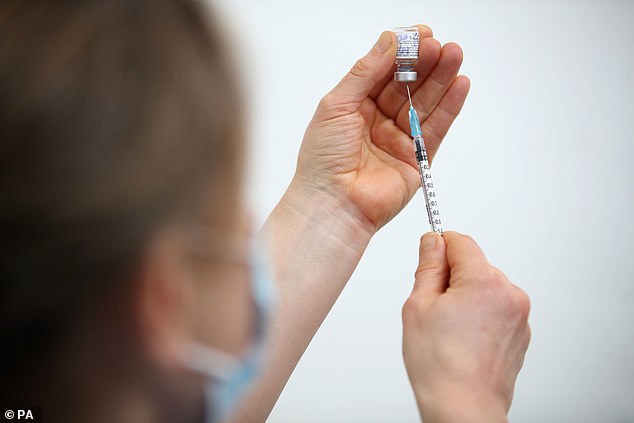 The vaccine’s still doing a brilliant job – that’s why most of us probably won’t need a booster jab in September, writes VIVIENNE PARRY

Other countries which stuck rigidly to a shorter three- or four-week window have struggled to get enough of their population covered – with fatal consequences. In contrast, more than three-quarters of adult Britons have now been double-jabbed, and an astonishing 90 per cent have had one dose.

I’d tentatively suggest we are emerging from our own Delta wave relatively unscathed, thanks to this – and dear Joan never did follow through on her threat, perhaps having seen sense.

I also argued, in February, that teens should be vaccinated and, last month, the plans to jab many secondary-age schoolchildren were announced.

So, given that I’ve been such a cheerleader for vaccines, what I am about to say might surprise you: aside from the most vulnerable, I don’t think most people who are fully vaccinated need a booster vaccine. Not this year, at least.

Earlier this month Health Secretary Sajid Javid indicated that third jabs were likely to be offered to all over-50s, possibly as soon as September. But on Thursday, the JCVI, which decides who gets jabbed and when, met to discuss the matter.

And smoke signals coming from the talks suggest it isn’t going to recommend everyone gets booster for the time being. In interviews, the committee’s Professor Adam Finn said that for the majority of healthy people, a third shot would have ‘marginal benefit’.

Now, like most of you, I suspect, I know people who’ve been double-jabbed and caught Covid. Some of them have had a really grotty time, too. You might be thinking, fairly, that our immunity must be waning, and we should all get boosters without delay. Psychologically, I understand.

No one wants to get ill – particularly not with Covid. And I should know, because I’ve had it. But with my scientist hat on, I have to agree with Prof Finn.

The main reason is, as he says, we just don’t need it. Even with the current variants, the vaccines we have are doing a magnificent job.

A major study published last week found that two doses of either Pfizer or AstraZeneca offer roughly 70 per cent protection from infection, even after five months.

Yes, they don’t stop every infection. This, along with the more infectious Delta variant, is why we are seeing so many cases among the vaccinated. It’s not a sign that the vaccine doesn’t work against Delta. It definitely does.

It also doesn’t mean the vaccine is wearing off. 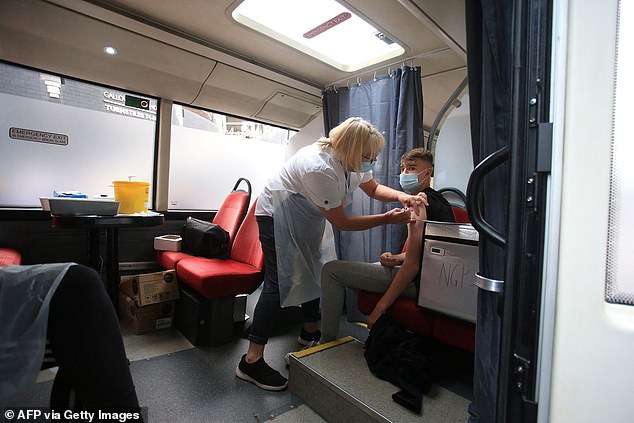 And, regardless of any of this, vaccinated people who do get Covid are still vastly less likely to be hospitalised or die. That’s the point.

But what about Israel, I hear you say. It’s being hit hard by Delta and rolling out a booster programme already. But you can’t compare us to Israel. It stuck to a four-week window between first and second Pfizer doses. A recent major study confirmed that what we did – an eight- to ten-week window between jabs – provides the best protection, even against the Delta variant.

It gave our immune system time to react properly to the vaccine. So we are in a better place than Israel right now.

And there’s another reason some of us might have less to worry about. Recent studies show that people who’ve had Covid, and been fully vaccinated, are extra-immune, so almost definitely won’t need a booster. How many of us have had Covid? Even back in April 2020 there were some suggestions that up to a quarter of us might already have unknowingly been infected.

Of course, it would be great if we could test people to find out who hasn’t responded well to the jab, and just offer a booster to them.

But it’s not so simple. Antibody blood tests won’t help. The exact cocktail of immune-system cells and other markers in the blood that tell you a person is protected is unclear.

So what should the strategy be? Well, the JCVI may soon recommend offering a booster to some very vulnerable people – the elderly in care homes, for instance, and those with certain immune-system problems.

Even if you do jab everyone again, the one in ten who don’t respond still won’t respond. So we’ll never be able to stop every case.

As an aside, this all puts countries like New Zealand, who’ve gone for a zero-Covid strategy, in a bit of a pickle. Of course, they could close their borders for ever, but that’s not a great idea. So at some point they’ll have to tell their populations, even if we vaccinate you all, there will be Covid infections, and some of you will get ill.

But back to my point, another reason not to try to roll out a universal booster programme just yet, in the UK, is logistical. GPs are incredibly stretched and diverting them again to try to jab four million people would be taking care from others who really need it.

More benefit would come from concentrating public-health firepower on encouraging those who haven’t had a jab yet to get one.

Firstly, pregnant women – because Delta is making some of them very, very sick indeed. Fewer than half of them have been vaccinated, and this must be remedied. And, generally, all of those still hesitating. 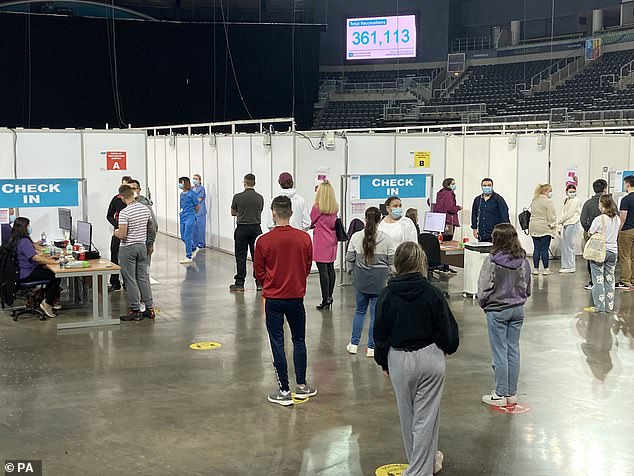 A scientist last week likened having a booster right now to putting on two life jackets, when others in the sea next to you didn’t even have one. Quite right.

Lastly, as I’ve said from the beginning, it’s key to vaccinate all secondary-age schoolchildren, not just the older ones. It’s not because they’re going to get ill. And not just to stop the spread of the virus (although it will).

It’s because they’ve faced enough disruption, and being vaccinated will mean no more isolating and quarantining when just one person in a year tests positive.

Most experts I speak to suggest the Covid jab will be annual, much like the flu jab, and based on whatever variants happen to be circulating. We won’t always get it right, but most years it will work.

Finally, we need to ensure that the rest of the world gets vaccinated too. Some of the factory capacity for making our boosters should be making vaccines for export.

Deploying those will give us far more benefit in the UK in the long run than boosters now, because the less Covid there is in the world, the fewer variants. And I absolutely know I’m right on this one.