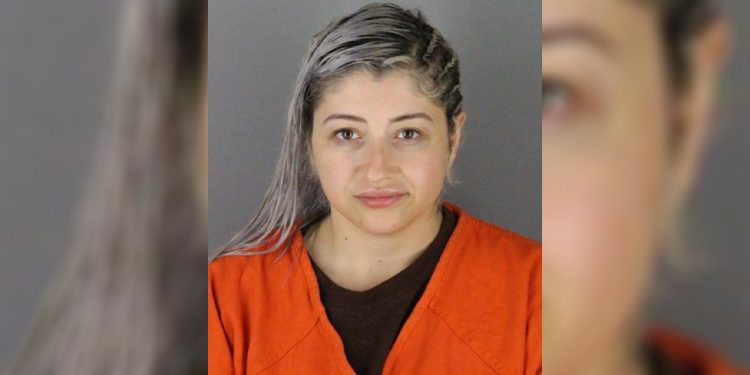 MINNEAPOLIS (WCCO) — The mother of 6-year-old Eli Hart has been charged in the boy’s death after he was found dead in a car trunk while police were executing a traffic stop near Orono Friday morning.

On Monday, Julissa Thaler was charged with second-degree murder in Hennepin County. She was arrested by Orono police early Saturday morning. Orono police say they stopped a car traveling near Shoreline Drive and Bartlett Boulevard Friday morning after a caller reported the car had a shattered rear window and blown-out tire.

According to the criminal complaint, officers saw what appeared to be blood on Thaler’s hand, and observed a shotgun shell, a spent shell casing and a bullet hole in the back seat. Based on the state of the vehicle, officers determined there was probable cause to search the vehicle, including the trunk.

When officers searched the vehicle before towing the vehicle, they found a child’s body in the trunk. There was also a shotgun found inside the trunk, the complaint said.

The complaint says a preliminary autopsy found that Eli Hart was shot multiple times, possibly up to nine times.

Prior to officers finding the body, Thaler was released from the scene. When officers went to arrest her at her apartment, they found that she had placed the clothes she was wearing in the washing machine and was trying to leave on foot, the complaint said.

Thaler’s vehicle was seen at a gas station near some dumpsters not long before the traffic stop. Officers searched there and found a backpack, blood and other evidence of a shooting. There were other locations where blood and evidence of a shooting were found discarded, including a bloody child booster seat, which sustained damage consistent with a shotgun blast.

According to the criminal complaint, Thaler had wanted to learn how to use a gun recently, so she went with a friend to the gun range. Court documents say she would often carry a shotgun out of her apartment, wrapped in a gray blanket. A gray blanket was also located in the trunk during the traffic stop.

Dakota County court documents portray the last two years of Eli Hart’s life centered around an ongoing custody battle between Thaler and his biological father, Tory Hart. In January of 2021, records show Eli Hart was placed into family foster care after concerns regarding his mother’s mental health grew. There were also concerns about her criminal history and living situation. It was also noted in court documents that there were no concerns about Eli Hart’s physical well-being, and “no current indication” that he was “physically unsafe.” The case was closed and Thaler was awarded sole custody less than two weeks before her arrest.

WCCO spoke Monday with family law attorney Erin Turner, who is not associated with this case.

“I guarantee you all these people that worked on this so hard to figure out what is best for this child are just devastated,” Turner said. “I can’t even imagine.”

After being in foster care with relatives of his mother’s for most of 2021, Eli Hart had been on a trial home visit since December. During this time, social services still had legal custody of him, and supervised some of his care. Eli Hart got to see his father during the trial home visit as well.

“The goal of child protection court is to reunite the child with the parent. It’s very difficult to terminate parental rights. There has to be a large amount of evidence,” Turner said. “It’s everybody’s worst nightmare to get that wrong, and unfortunately sometimes that happens.”

Turner notes any single report is not a complete picture of the situation, and indeed, WCCO has not had a chance to review every document related to Eli Hart and his care situation.

Turner says mental health is a rapidly-growing issue in custody and child protection cases, especially since the pandemic.

Thaler made her first court appearance Monday afternoon. If convicted, she could face up to 40 years in prison.

A memorial has sprung up over the Seton Channel on Lake Minnetonka. Chareese Paine didn’t know Eli Hart, but had to hold back tears Monday, bringing her 6-year-old daughter to see it.

“It’s still so heart-wrenching,” Paine said. “I think just that he won’t get to live his life like other kids.”

The fiancée of the boy’s father told WCCO the charges were not enough, but that no charge would be able to bring the boy back.

Police also arrested a second person in connection with Eli Hart’s death. The Hennepin County Attorney’s Office told WCCO late Monday afternoon that there was “insufficient evidence at this time” to charge that person with a crime.

Orono police told WCCO they were not available to answer any questions Monday.