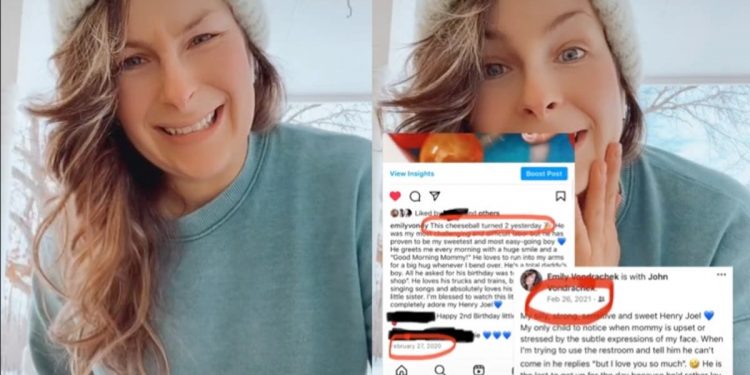 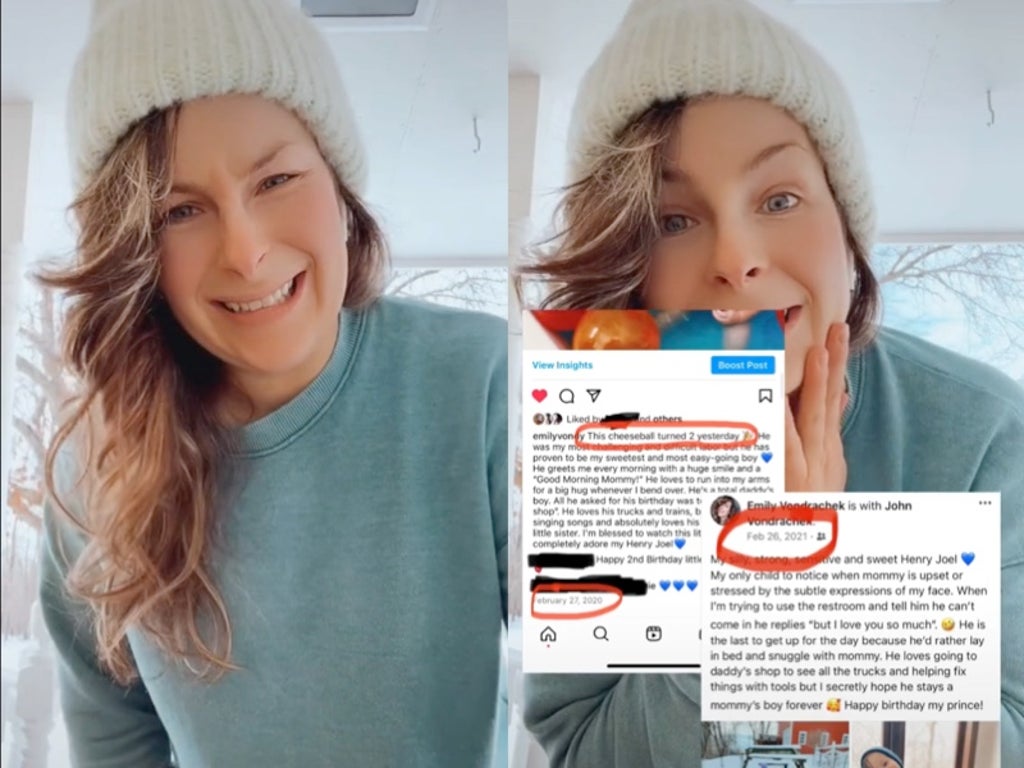 A mother has revealed that she recently realised she has been celebrating her son’s birthday on the wrong day for the last two years.

Emily Vondrachek, who goes by the username @thevondyfam on TikTok, recently shared her parenting fail in a video posted to the app, in which she explained that she learned about her mistake after bringing her three-year-old Henry to the paediatrician’s office.

“Here’s a little story to allow all the moms of littles out there to maybe feel a little better about yourselves,” the mother of four began. “Here’s a real confidence boost for you, okay, not for me.”

Vondrachek then proceeded to explain that she’d just gotten off the phone with her son’s paediatrician, who had informed her that she had been trying to bill their last visit to the family’s insurance but was being denied because the birthday of 26 February Vondrachek had given was different than the 25th of February the insurance company had listed.

According to Vondrachek, she was about to call her insurance company to “let them have it” when she decided to quickly confirm that she had her son’s birthday correct by scrolling back through social media to her birth announcement.

“I just got done doing that,” she said, before adding: “And his birthday is indeed the 25th.”

Vondrachek concluded the video amusingly yelling that she loves her children, before joking: “They may not have their birthday celebration on the correct day but they celebrate it the next!”

The clip, which has been viewed more than 3.5m times, has been met with amusement from viewers, with many praising the mother of four for sharing the relatable mistake.

“This is the best thing I’ve seen today,” one person wrote, while another said: “I always have to think real hard about my kids’ birthdays. This makes me feel a little better.”

Others found it especially funny that Vondrachek made the mistake with her middle child, as one viewer joked: “Middle child here, we have trained for this level of being overlooked our entire lives.”

The video also prompted TikTok users to share their own parenting fails, with one person writing: “My sister-in-law called to wish my daughter a happy birthday, I said it’s not today it’s tomorrow! She said no, it’s today! So I feel you mama!”

“If it makes you feel better, my mom celebrated my birthday on the wrong day for 13 years,” someone else added.

While reflecting on the mistake, Vondrachek told Fox News that she felt “embarrassment and mom guilt,” as she was already worried that she wasn’t dividing her time evenly among her four children.

“Having four kids, one of my concerns as a mom is that I’m not giving all my children equal attention. I have a baby-baby, Olive, she takes a lot of my attention and my oldest is getting ready to start kindergarten,” she explained. However, she said the response to her TikTok has been both “therapeutic” and “comforting”.

Will NHS jab refuseniks get new jobs in Wales?

Will NHS jab refuseniks get new jobs in Wales?