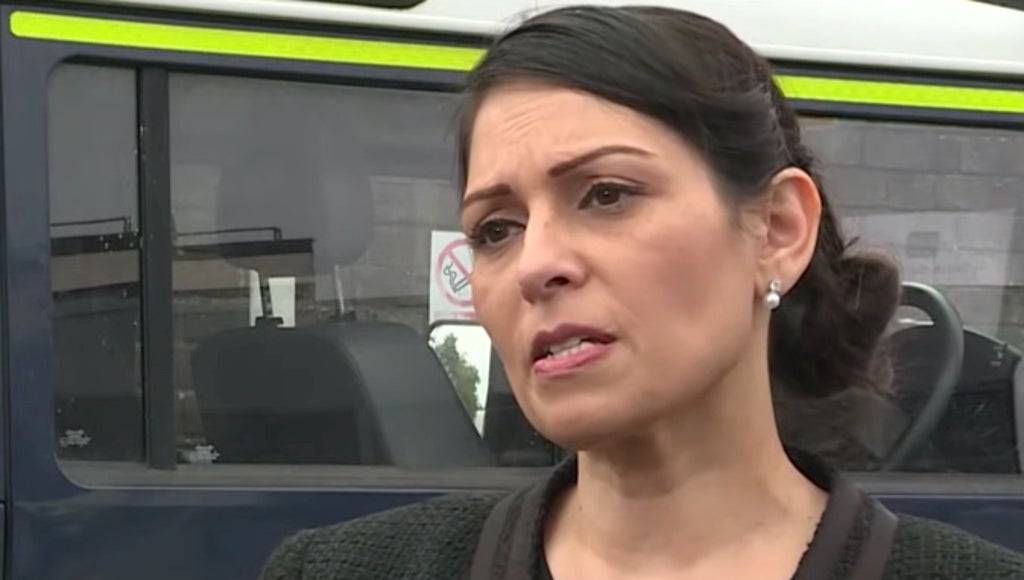 MPs’ frustration with police responses to fears over their safety burst into the open today following the murder of Sir David Amess.

Labour frontbencher Lisa Nandy said there was “a huge disparity” between the support offered by forces in different parts of the country, and Tory backbencher Andrew Rosindell said his own pleas for assistance were repeatedly ignored.

The complaints came as home secretary Priti Patel promised to do “absolutely everything” to enable MPs to continue meeting their constituents face-to-face, amid growing unease about the practice of holding open-to-all surgeries of the kind where Sir David was attacked on Friday.

Ms Patel said action was already under way to improve MPs’ security, and said further measures – which could include a regular police presence at surgeries or airport-style metal detector arches – will be announced soon. At one point she even appeared to indicate she was ready consider close protection for MPs of the kind currently provided to the prime ministers and senior cabinet members.

But Ms Nandy told Sky News’s Trevor Phillips on Sunday: “My biggest fear is that this just keeps happening and we keep having this debate and then nothing very much changes.

“There are additional measures that are needed, not just about security but about support for people to be able to go about their daily lives ,about proper advice.

“There’s a huge disparity between the advice and support that’s offered by different police services around the country.”

Ms Nandy said support offered to MPs was “very patchy”, and complained of her own treatment after being “accosted” during a pro-Brexit rally outside parliament in which effigies of London mayor and then-PM Theresa May were dragged through the streets.

“We were told by police officers we had to walk through that rally in order to get into parliament,” she said. “We were surrounded and there was very little response and when I complained to the parliamentary authorities… I was told ‘Well, unfortunately, people have strong views about Brexit and they’re entitled to voice them’.

“Of course I accept they are, but I don’t accept that Members of Parliament should be blocked from entering Parliament or intimidated in the course of their daily duties.

“You have to protect MPs to be able to go about their daily business and be free to speak on behalf of their constituents, if you want to protect democracy.”

Mr Rosindell said his constituency office had been set alight by arsonists, and that he had personally received “nasty emails, messages and threats”.

“I’ve had four or five incidents where I’ve had to report things to the police,” the Romford MP told Times Radio. “And quite often they literally don’t do anything or the onus is on me to give endless statements which lead nowhere.”

Ms Nandy said she would back proposals for additional security at surgeries, which she described as “a magnet for people who want to cause trouble”.

Ms Patel told Sky News that a lot of work was already taking place, with numbers of MPs taking up the offer of a police presence at events they attended on Saturday. All MPs were contacted following Sir David’s death by officers from the Operation Bridger programme set up after the murder of Jo Cox, to discuss details of their movements and security arrangements, she said.

She said she was working with Commons Speaker Sir Lindsay Hoyle and police to “close any gaps” in the security offered to MPs.

She confirmed that the option of posting officers at all MP surgeries was being considered, as well as airport-style metal detectors.

And asked if MPs could be offered close protection from plain-clothes bodyguards of the kind provided for her and Boris Johnson, she replied: “All these issues and options are in consideration right now.”

“Our elected representatives need to be able to go around with confidence that they are safe and secure in the work that they are doing,” said Ms Patel.

But she added that MPs themselves need to be “conscientious” about their personal safety as they undertake their work, for instance by operating a booking system for surgeries and checking details of those making appointments, rather than advertising their location and talking to anyone who turns up.

She insisted that the fear of violence must “never, ever break that link between an elected representative and their democratic role, responsibility and duty to the people that have elected them to be their representative”.

Does It Affect Stock Prices?

A large number of...

Corbyn may be banned from standing for Labour, Starmer says