MPs reveal death threats and frustration at police inaction: ‘Officers came to my office and laughed’ 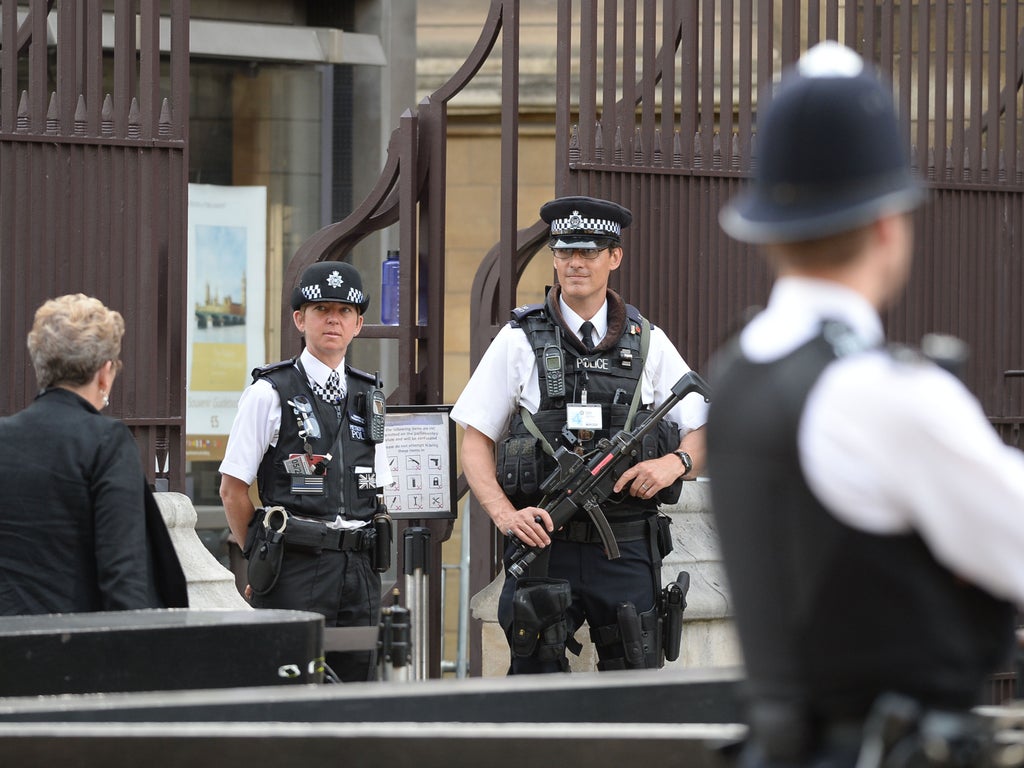 MPs have revealed their growing frustration with police inaction over death threats they have received, as they paid tribute to Sir David Amess in the wake of the Conservative backbencher’s murder.

Former Labour MP Paula Sherriff said West Yorkshire Police officers “laughed” at her after she reported a death threat, while other politicians complained about a “patchy” police response to threats.

It comes as Labour backbencher Chris Bryant revealed a man has been arrested over a threat on his life after he returned home at the weekend.

Justice secretary Dominic Raab said of having received at least three threats on “life and limb” in the past two years – with the latest being of an acid attack.

MPs have complained about a “patchy” response to their security fears, after Sir David’s killing at his surgery in Leigh-on-Sea on Friday has prompted fresh concern over the safety of politicians.

Ms Sherriff, the former MP for Dewsbury who lost her seat in 2019, said police took “several weeks” to check the CCTV handed over after swastikas had been daubed on her office door.

“They wrote to tell me the man who had been doing it had been having trouble sleeping,” she told Sky News.

The Labour politician added: “When we received a death threat at my office my telephone – it was someone who had left a message on the answer phone – the police came to my office and they laughed.”

Conservative MP Andrew Rosindell said police often “don’t do anything” when he reports abusive messages. The MP Romford told Times Radio there were “four or five incidents” where he had to report incidents to the police.

He added: “I was attacked in the 2017 election. I’ve had threatening emails and abusive emails sent to constituents about me. Almost nothing ever happens with these things. Do I blame the police? … They’ve got a job to, they’re under-resourced, I guess.”

Labour MP Diane Abbott told The Independent that the regular abuse she receives online includes death threats, as she called for social media platforms to do more to tackle the problem.

“When I have been the victim of racialised and threatening attacks online and reported them to the police, often they have been unable to investigate because of the current rules on anonymity,” she stated.

Lisa Nandy, Labour’s shadow foreign secretary, said she did feel safe working in her constituency and the police response to MPs’ security concerns was “far too patchy” across the country.

Yvette Cooper’s former parliamentary adviser Jade Botterill, said the MP had received around 50 death threats each week, saying they had become “normalised” in the duties expected of MPs’ staff.

Byrant revealed he received a death threat on Saturday after getting back from Qatar. “The first message in my inbox was this death threat, pretty clear, so I notified the police and they have taken action.”

The Labour MP said he had considered giving up on politics, but said he cared too much about tackling inequality and climate change and fighting for his constituents. “I’m passionate about wanting to change the world … and nobody’s going to stop me,” he said.

Raab revealed that he has been the victim of three recent threats that required “intervention” but said colleagues – particularly women – have received “worse abuse”.

“I have had three threats to life and limb over the last two years,” the deputy prime minister told BBC Breakfast. Raab also said the most recent threat was of “someone threatening to throw acid over me”.

Raab said that an increase in private security is the most “likely” option to boost safety, rather than putting more police officers outside MPs’ surgeries.

The justice secretary raised concerns that having police officers could have a “chilling effect” as constituents look to engage with their elected representative.

SNP MP Joanna Cherry told the Daily Record she once required a police escort to her constituency surgery because of a credible death threat.

On another occasion a constituent “behaved in such a menacing and threatening manner” that the MP and her office manager “pushed all the furniture against the door of the room in the suburban library where my surgery was being held while we waited for the police to arrive”.

Northern Ireland’s deputy first minister Michelle O’Neill revealed that she once had to remove an uninvited person from her home.

“I’ve had to physically remove an uninvited person from my home … that is not acceptable for anyone to have to deal with that,” said the Sinn Fein politician.

Meanwhile, Labour MP Dame Margaret Hodge said she once received around 90,000 social media mentions in a two-month period, most of which were abusive.

The senior Labour figure said it was time to find ways of “closing down anonymous abuse” on social media since it was now stifling debate. “Now I think, ‘Should I put a tweet out, or will it result in further abuse?’”

The Independent has contacted West Yorkshire Police for comment.

At PMQs today the prime...

Plan B: Working from home back and vaccine passports needed for big events, PM confirms

Boris Johnson has announced the...

As if Vice President Kamala...