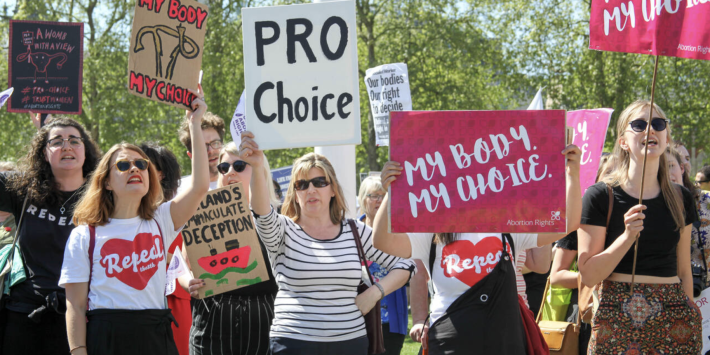 MPs have voted against a government policy to end telemedicine abortion services brought in as a temporary measure during the pandemic.

On Wednesday afternoon, MPs in the Commons voted 215-188 in favour of maintaining at-home abortion services for women.

As is convention on moral matters, both Labour and Conservative MPs were given free vote on the issue.

“I am glad that the Commons voted to continue to allow women access to telemedicine abortion service, which provide fast and safe access for women,” Shadow Health Secretary Wes Streeting tweeted in response to the vote.

“It was a free vote and I voted in favour,” he added.

Delighted is an understatement.

Thank you to all the MPs who voted in favour of supporting women to access their choice of healthcare in a safe and effective way.

Thank you to all the women, medical experts, women’s groups & campaigners who made the case and made this happen 🎉 https://t.co/bp6amHvGxs

The Conservative peer Baroness Sugg, who tabled an amendment to the Health and Care Bill that enabled MPs to vote against government’s decision to scrap telemedicine abortions, said: “Delighted is an understatement.

“Thank you to all the MPs who voted in favour of supporting women to access their choice of healthcare in a safe and effective way.

“Thank you to all the women, medical experts, women’s groups and campaigners who made the case and made this happen.”

Speaking during the Commons debate on maintaining telemedical abortion, Shadow Minister for Domestic Violence and Safeguarding, Jess Phillips, described her experience of having an abortion and explained that the most difficult part of the process was “the wait”.

“I myself have had an abortion and I don’t feel devastated by that fact,” Phillips said.

“The worst process of having an abortion is the waiting,” the shadow minister added.

“I had made my decision about what I was going to do with my body. I made it the second I saw I was pregnant on a prengnancy test.”

“It’s not that they’re forced to have abortions that’s usually the problem… it’s that they are forced to go to term.”

Following an electronic or phone consultation with a doctor, women wanting to terminate pregnancies up to 10 weeks can be sent both doses of abortion pills to take at home, without the need to first attend a hospital or clinic. Prior to its introduction, individuals were legally required to take the first course of two rounds abortion medication in a hospital or clinic.

Last month, the department for health and social care (DHSC) announced that abortion services in England will return to pre-pandemic arrangements from the end of August.

The move sparked outrage from some MPs across the Commons, who have argued the policy is a step back for women’s reproductive rights.

Since its introduction, over 40,000 women across Britain have had safe early medical abortions following telemedical consultations.

A poll conducted for Savanta Com-Res in December 2021 showed 65% of women across the UK want telemedicine to remain as a permanent option beyond the pandemic.

Responding to MPs’ decision to vote in favour of telemedicine abortion, Louise McCudden, UK advocacy and public affairs for MSI Reproductive Choices, said: “We are delighted that MPs have voted to keep the option of at-home abortion care.

“This was a vote for evidence over ideology, a vote for reproductive rights, and a vote for gender equality.

Catherine Robinson, a spokesperson for the anti-abortion campaign group Right To Life, said MPs who voted in favour of telemedecine abortion have “voted to remove vital safeguards including an in-person appointment with a medical professional”.

““By removing a routine in-person consultation that allows medical practitioners to certify gestation and recognise potential coercion or abuse, ‘at-home’ abortion has presented serious risks to women and girls in abusive situations,” she added.

Echoing Robinson, the anti-abortion organisation, The Society for the Protection of Unborn Children, described the decision as “shameful”.

“It was bad enough that this policy was introduced as a temporary measure during a public health emergency, but for MPs to actually vote for it, without even that bad excuse, shows how little they actually care about the health and wellbeing of women,” the group said.

Intel’s stock award to lure Gelsinger as chief was worth $169.5mn