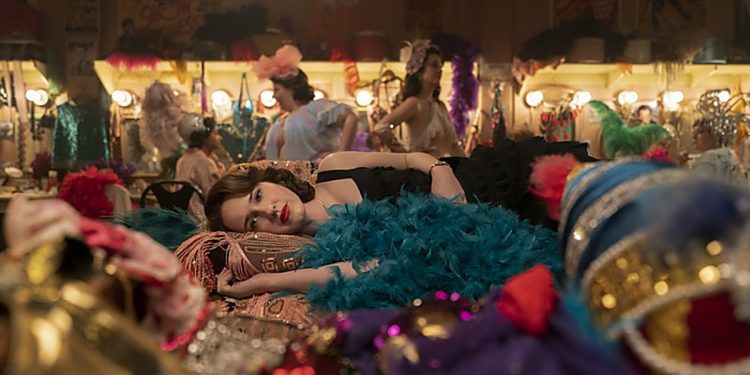 Well, would you look at that? Fans of the delightful The Marvelous Mrs. Maisel series are being treated to new episodes in a matter of weeks, with the arrival of season 4 coming to screens very soon. The wait, dear friends, is almost over.

If you’re eager to get your eyeballs on new eps of The Marvelous Mrs. Maisel, keep reading. We’ve pulled together all the biggest updates on the new season so far.

What is The Marvelous Mrs Maisel?

The Marvelous Mrs. Maisel series is a comedy-drama that kicks off in the 1950s and follows the story of Miriam Maisel. The synopsis for the show reads as follows:

It’s the late 1950s and Miriam “Midge” Maisel has everything she has ever wanted — the perfect husband, two kids and an elegant apartment on New York’s Upper West Side. Her seemingly idyllic life takes a surprising turn when she discovers a hidden talent she didn’t previously know she had — stand-up comedy.

This revelation changes her life forever as she begins a journey that takes her from her comfortable life on the Upper West Side through the cafes and nightclubs of Greenwich Village as she makes her way through the city’s comedy industry on a path that could ultimately lead her to a spot on the “Tonight Show” couch. The series was created by Amy Sherman-Palladino (“Gilmore Girls”).

What can we expect from season 4 of Mrs Maisel?

We move into a new decade in season 4 and Mrs Maisel has new opportunities, and challenges, to navigate. The brief synopsis of the season explains that:

It’s 1960 and change is in the air. Looking to hone her act, Midge finds a gig with total creative freedom. But her commitment to her craft—and the places it takes her—creates a rift between her and the family and friends around her.

Who is featured in the cast?

Can I see a trailer?

So far, all we have is a teaser trailer for The Marvelous Mrs. Maisel season 4, but boy is it spicy-looking. Check it out below.

When’s the release date for The Marvelous Mrs. Maisel season 4?

Season 4 of The Marvelous Mrs. Maisel will premiere via Amazon Prime Video Australia on February 18, 2022. After the initial two-episode drop, two new episodes will arrive on the streaming service every Friday for four weeks.

If you’re not an Amazon Prime Video subscriber, you can nab yourself a free trial before subscribing, so you’ll feasibly be able to watch some of the season for free if you like.

And if you’re after more shows to binge, check out our write up on the best series available on Amazon Prime Video.