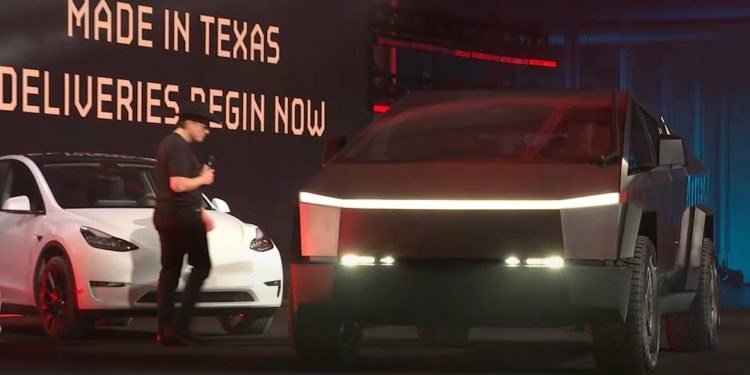 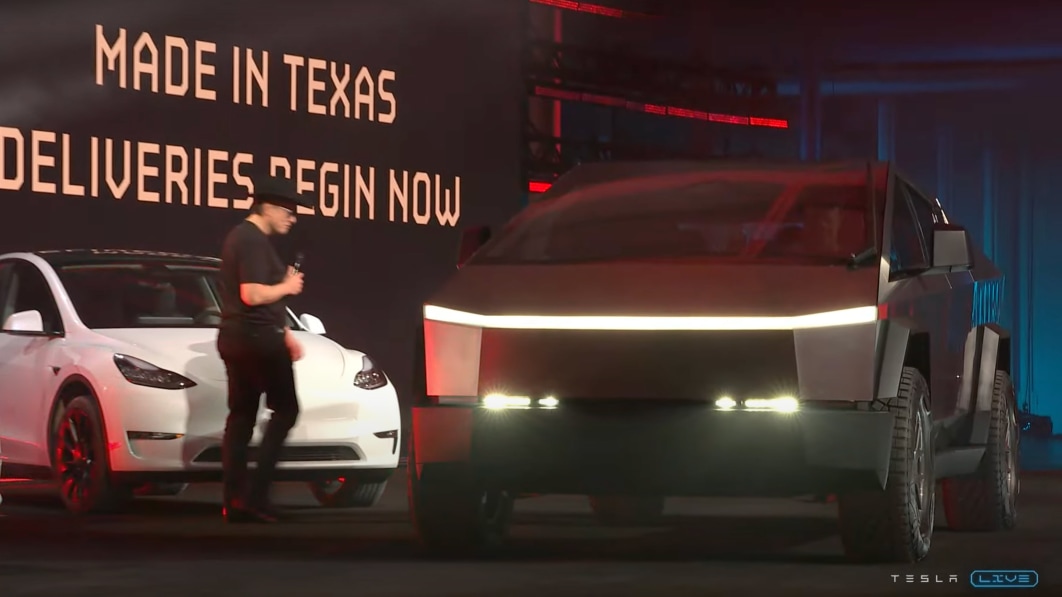 Tesla and Elon Musk held an event tonight called “Cyber Rodeo” to celebrate the opening of its new factory and headquarters near Austin, TX. There was plenty of pomp and circumstance in the form of a pre-event drone show, but Musk made a few noteworthy comments, too.

Take these promises with a grain of salt, but Musk claimed Tesla would begin producing the Cybertruck, Roadster and Semi in 2023. At the end of the show, Franz von Holzhausen rolled up in a Cybertruck prototype in what looked like a familiar scene. There were no broken windows this time around, but we did get a decent glimpse of what the Cybertruck looks like these days. In short, it appeared very similar to recent sightings, massive front wiper blade and all.

Note that this appears to be separate from Musk’s previous claims that Teslas will be able to be turned into robotaxis once the company sorts out its “Full-Self Driving” technology.

In addition to the robotaxi, Musk says the previously mentioned Tesla robot might be ready for production next year.

Right before the show came to a close with the Cybertruck, Tesla showed off the first cars built at the Austin factory by driving a number of freshly-assembled Model Y SUVs across the stage.

The Mexican 50 peso bill is the most beautiful in the world!